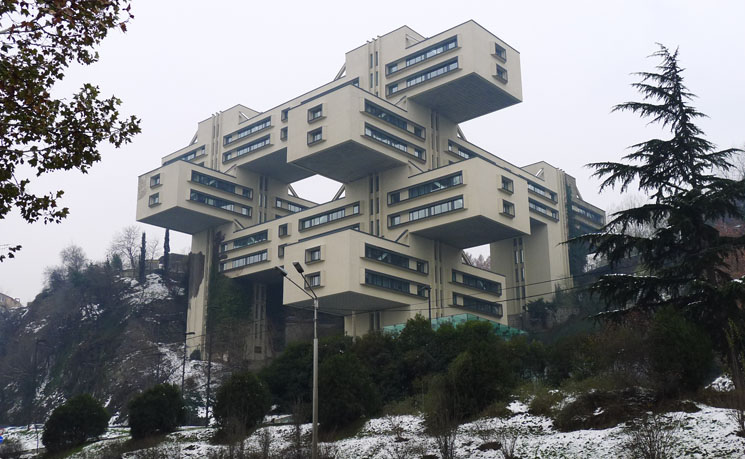 The former Ministry of Transportation Building in Tbilisi, Georgia, is a striking example of Communist design.

Architects George Chakhava and Zurab Jalaghania designed the building for the Ministry of Highway Construction of the Georgian Soviet Socialist Republic (SSR). Construction was completed in 1975.

The 18-storey building is notable for its unusual design which gives the impression of giant concrete blocks having been piled on top of one another at random. Built on a steep slope, three of the interlocking blocks are oriented on an east-west axis, while two are oriented on a north-south axis. The vertical circulation elements – stairs and lifts – are contained within three cores from which the rest of the structure hangs. 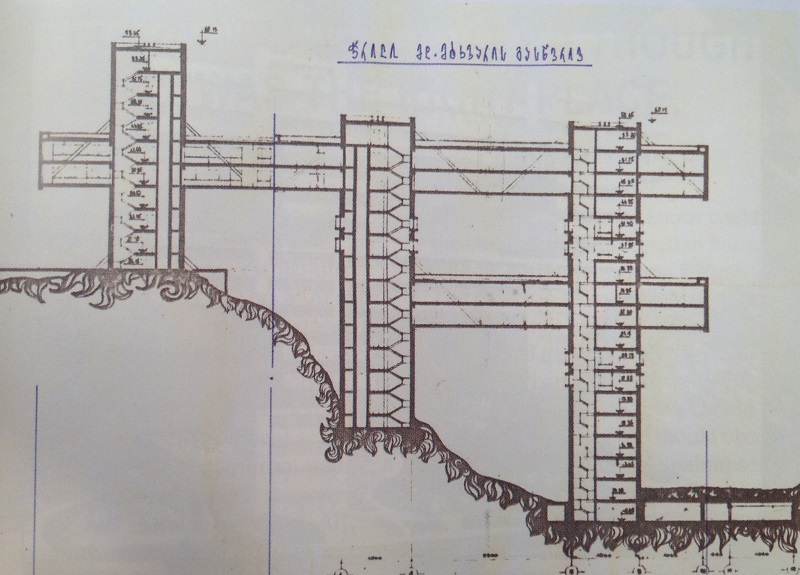 The harsh concrete façade and geometric form was inspired by the theories of the Russian constructivists, as well as the Brutalism movement and the Japanese Metabolists. Following an architectural concept known as the Space City method, parts of the building are raised above the ground, allowing the landscape to grow around and below it.

In 2007, the building was acquired by the Bank of Georgia who converted it into their headquarters, undertaking a major renovation, and installing a new glass cube entrance. In 2007, it was given Immovable Monument status under the National Monuments Act.

Retrieved from "https://www.designingbuildings.co.uk/wiki/Ministry_of_Transportation_Building,_Georgia"
Create an article