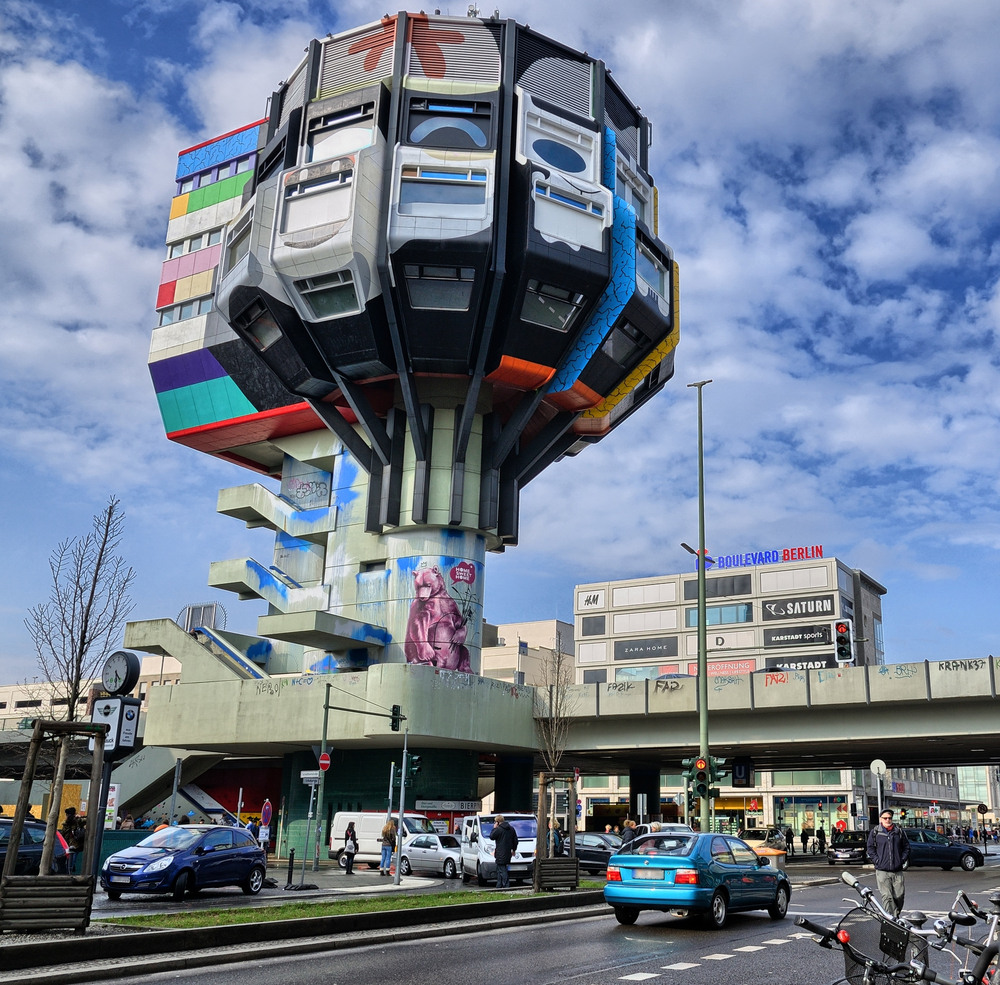 The Bierpinsel (‘Beer brush’), officially the Tower Restaurant Steglitz, is a ‘sci-fi Brutalist’ building in the Steglitz neighbourhood of south Berlin. It was built between 1972 and 1976 by architects Ursula and Ralph Schuler.

It has a height of 46 m and was designed to resemble the silhouette of a tree, but has been compared to an observation tower. In 2010, local graffiti artists adorned the building with striking Pop Art-style paintwork.

Originally, the structure consisted of three storeys that contained restaurants and a night club. However, it was sold and has remained closed since 2006, requiring expensive construction work to fix recurring issues with leaks.

Despite some interest from potential occupiers, a permanent use has yet to be found, meaning that the building’s future remains uncertain, and admirers are concerned that the owner plans to rebuild the entire area, which would mean demolishing the structure. However, it seems that any plans are on hold until an insurance dispute about damage caused by burst water pipes can be resolved, offering some small measure of hope to this iconic relic of Berlin’s Brutalist past. 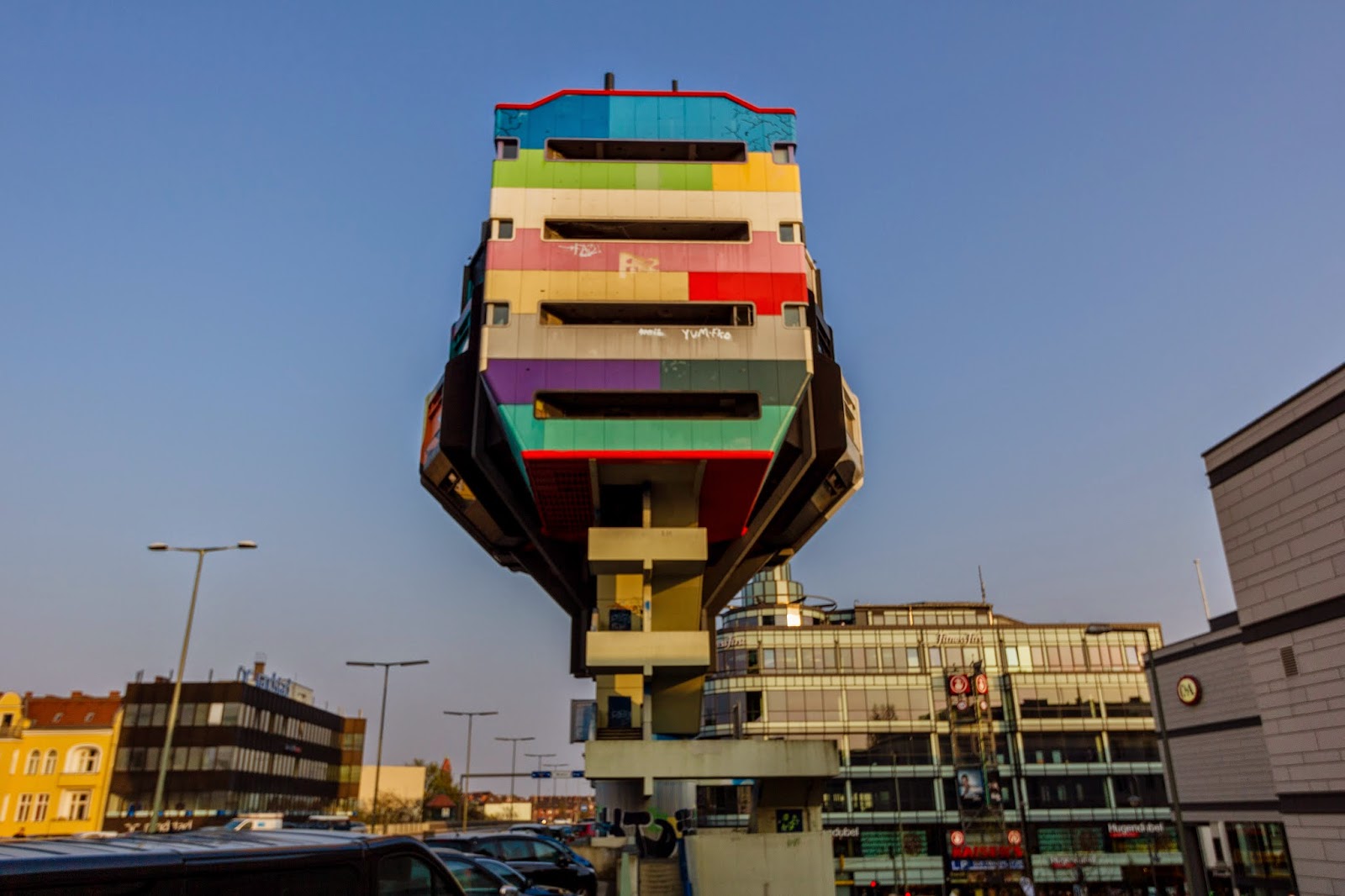 Retrieved from "https://www.designingbuildings.co.uk/wiki/The_Bierpinsel,_Berlin"
Create an article