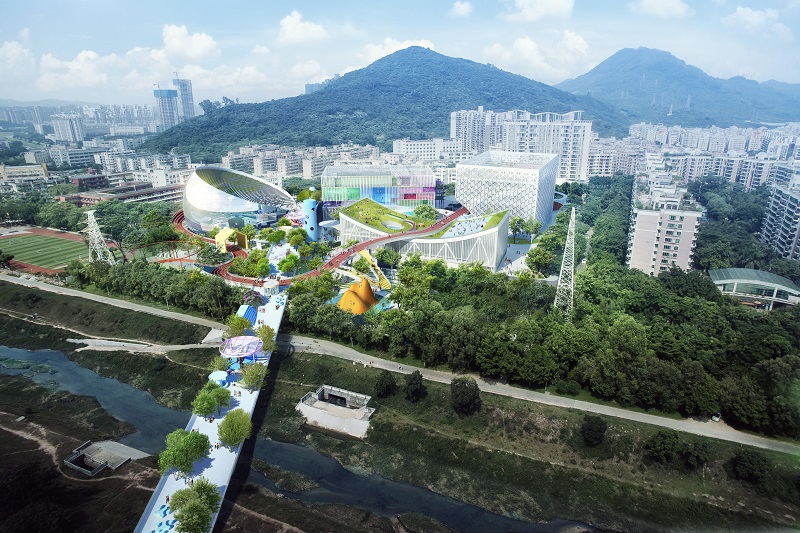 In October 2016, the Rotterdam-based architectural practice MVRDV and Zhubo Architecture Design, were announced as the winners of the design competition for the Xili Sports and Cultural Centre in Shenzhen, China.

Located in a residential area along the Dasha Green Corridor in Shenzhen, China’s first special economic zone, the centre will be a hub for sports, leisure and culture. It will establish a more human-centric approach to sports venues, in response to the high-density development that has typified Chinese urban design in recent decades. 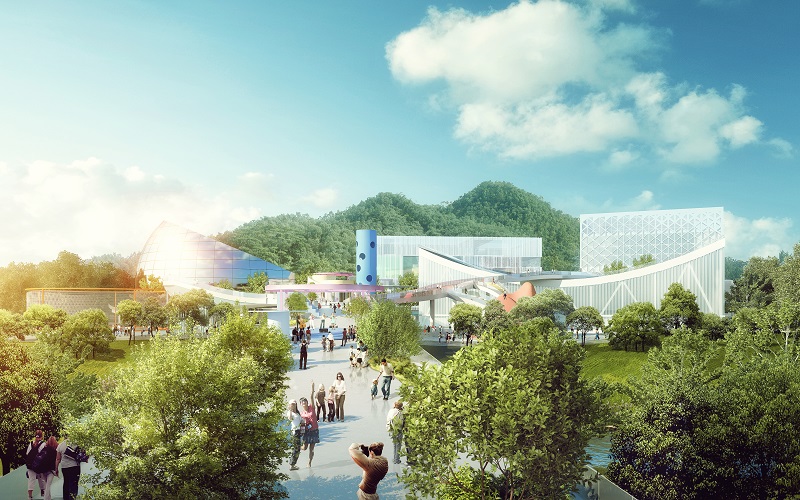 Open zones, where different sports and social activities can take place, are emphasised over interaction within singular spaces.

The design will strengthen community relations by encouraging locals and visitors to interact in the multi-functional spaces that allow flexible use at different times, and cross 'boundaries' between sports and culture. 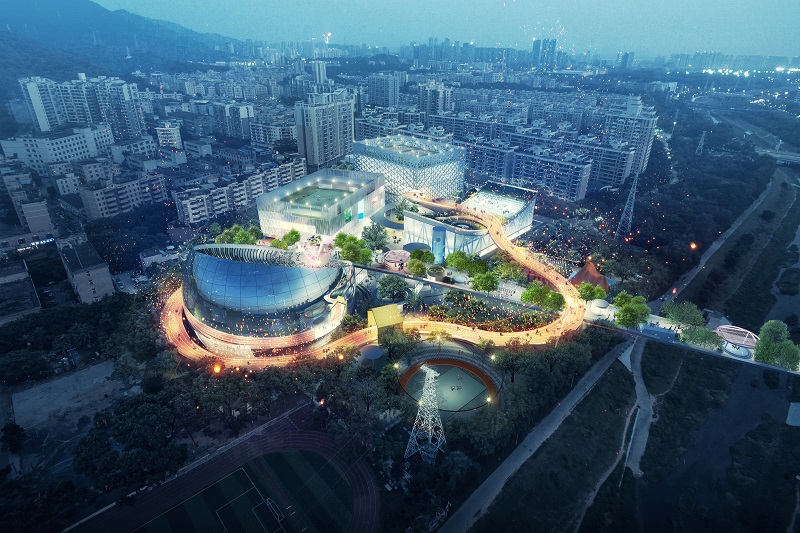 The four main buildings have simple volumes with a recognisable identity, and each has an activated roof, making them useable all-year round. 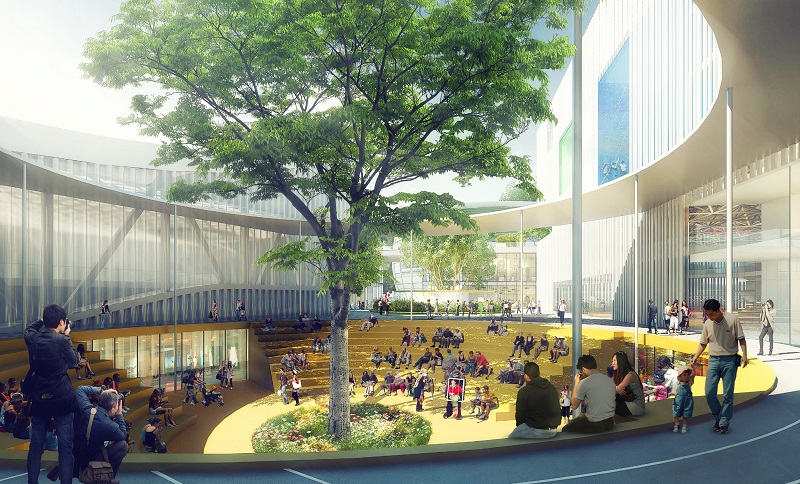 MVDRV founding partner Jacob van Rijs said: “There are many of these types of buildings being built in Shenzhen in a short time, which is an amazing phenomenon in itself, so the idea was to make a collection of atmospheres in this centre so that they can be distinguished from each other.

“We wanted to combine a large-scale sports stadium with a social aspect connecting it with the community. This was achieved by arranging different volumes on the site around a new diagonal (green) bridge linking the Chaguang metro station in the south, with the Tanglan mountains in the north, making this centre a stage for different users - nature, sports and culture.”

Xili Sports and Cultural Centre will be MVRDV's first project under construction in Shenzhen, starting in 2017.

Retrieved from "https://www.designingbuildings.co.uk/wiki/Xili_Sports_and_Cultural_Centre"
Create an article