Office Center 1000, sometimes referred to as the ‘Banknote Building’ is a 10 storey office building in the form of a 1,000 LTL banknote (the Lithuanian litas) in the city of Kaunas, Lithuania’s second largest city and centre of its economy. 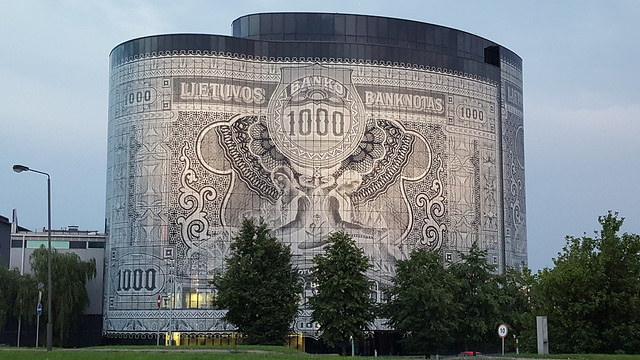 Completed in 2008, the exterior façade is made up of 4,500 glass panels, incorporating enamel designs that together create an image of a LTL 1,000 banknote, which is no longer used, having been replaced by the Euro in 2015. The building was intended to commemorate Lithuania's accession to the European Union in 2004.

Jonas Plenta, marketing manager at developer Urmas said, "We happened to come across a very elegant banknote dating from 1926, and decided to use it as our overall theme."

The building is located in the northern suburbs of Kaunas, away from its historic centre, near the Vilnius-Kaunas-Klaipeda highway on the corner of Taikos and Pramones streets.

Plenta said, "We consulted many architects and historians. All of them told us our building was not suitable for the city center. Even the Lithuanian Central Bank, where we had to apply for a license to use the banknote, tried to advise us on where to locate the building, saying that such a prestigious construction should be in the capital, not in Kaunas." 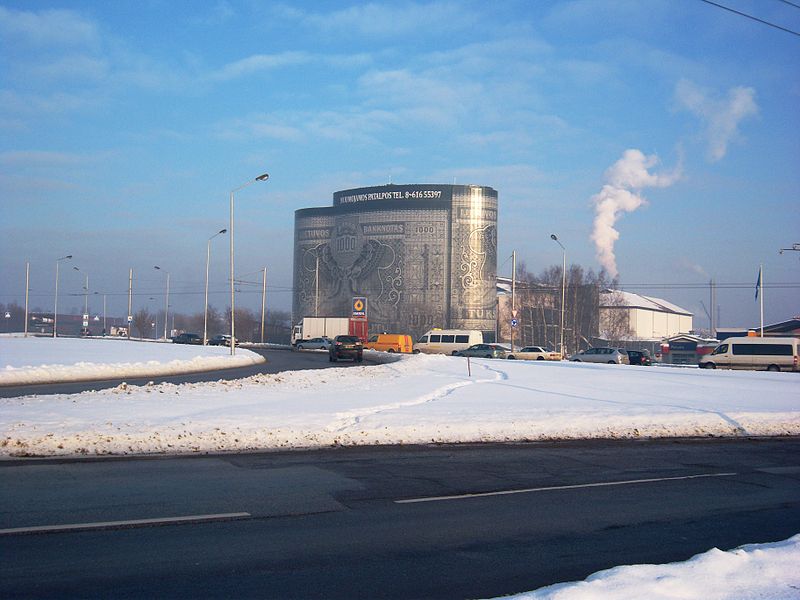 Office Center 1000 was designed by architect Rimas Adomaitis. It provides office accommodation for banks and other businesses as well as a conference hall. It is both intriguing and unusual, and its lighting at night has made it a surprising new feature of the Lithuanian tourist route.

Retrieved from "https://www.designingbuildings.co.uk/wiki/Office_Center_1000_Kaunas"
Create an article