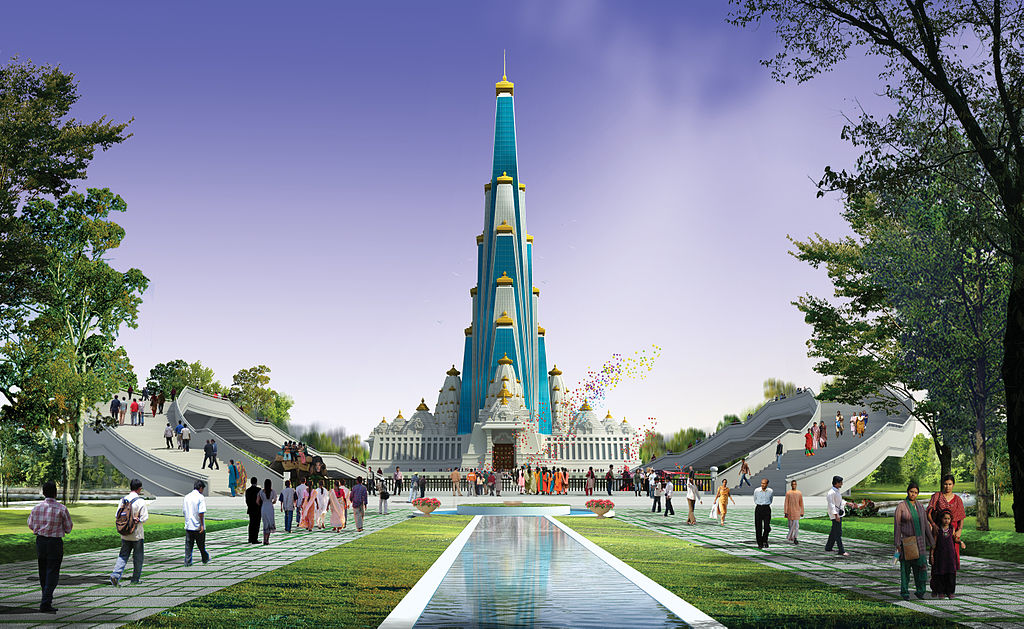 Located in the Mathura district of Uttar Pradesh, India, the Hindu temple will have a footprint of around 5 acres and reach a height of 213 m (700 ft). It is being built by ISKCON Bangalore at a cost of 300 crore (US$45 million), making it one of the most expensive temples ever built. 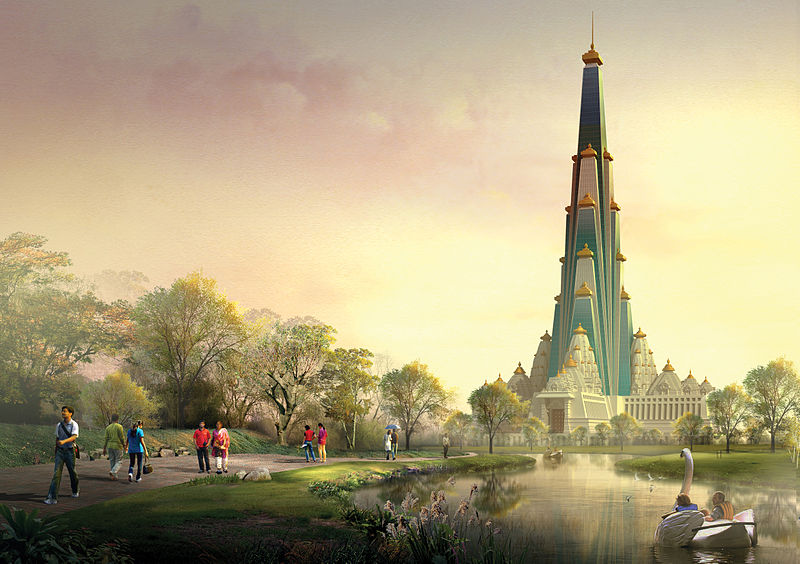 The two distinct features of Nagara temple architecture are:

Much more than just a temple, the structure will include a theme park, drawing inspiration from Vedic literature. A capsule elevator will take visitors through an immersive ‘light and sound experience’ up to a viewing deck. 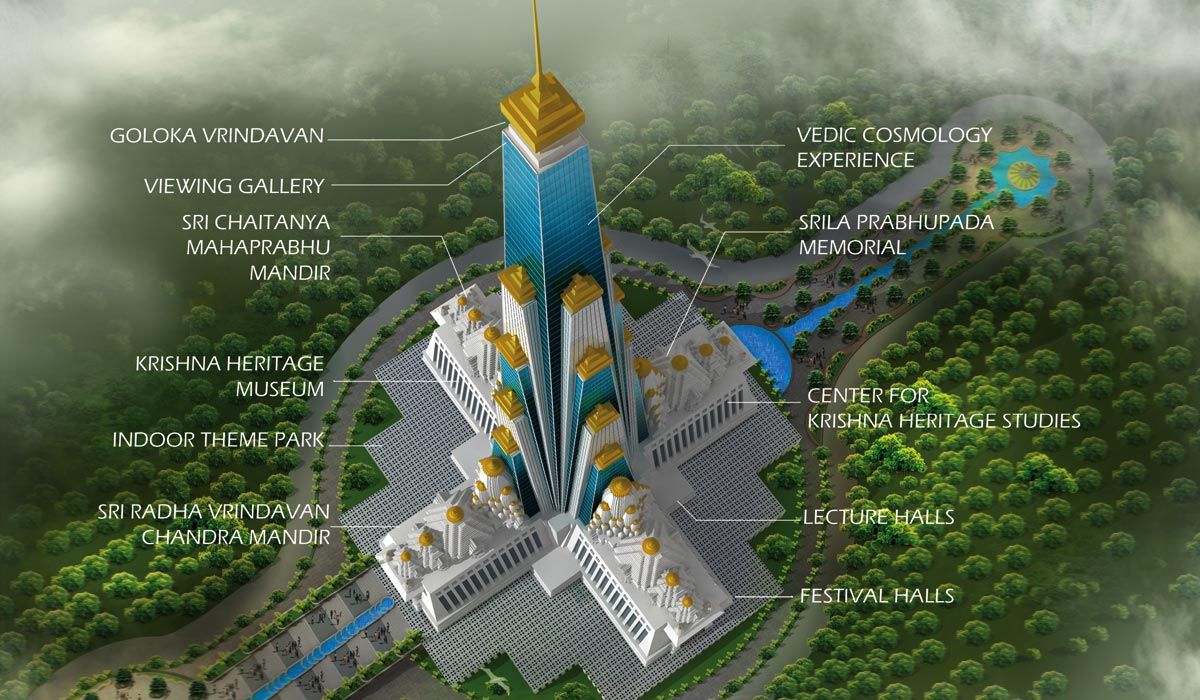 The temple will commemorate the Hindu deity Lord Sri Krishna, who is said to have grown up in Vrindavan. Surrounding the temple, 26 acres of forest will be cultivated to emulate the descriptions given by Krishna of the 12 forests of Braj.

The project is expected to be funded by donations from devotees, as well as by the sale of apartments and villas that will be built in the vicinity of the temple complex.

The foundation stone was laid in November 2014, and the project is scheduled for completion in 2019. 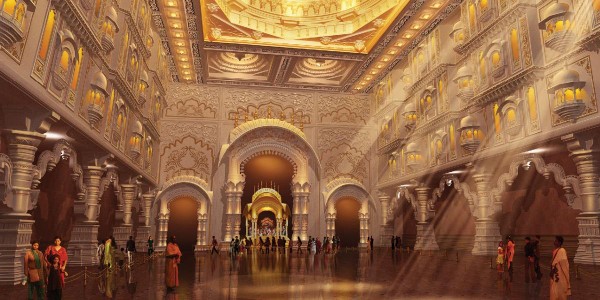 Retrieved from "https://www.designingbuildings.co.uk/wiki/Vrindavan_Chandrodaya_Mandir"
Create an article