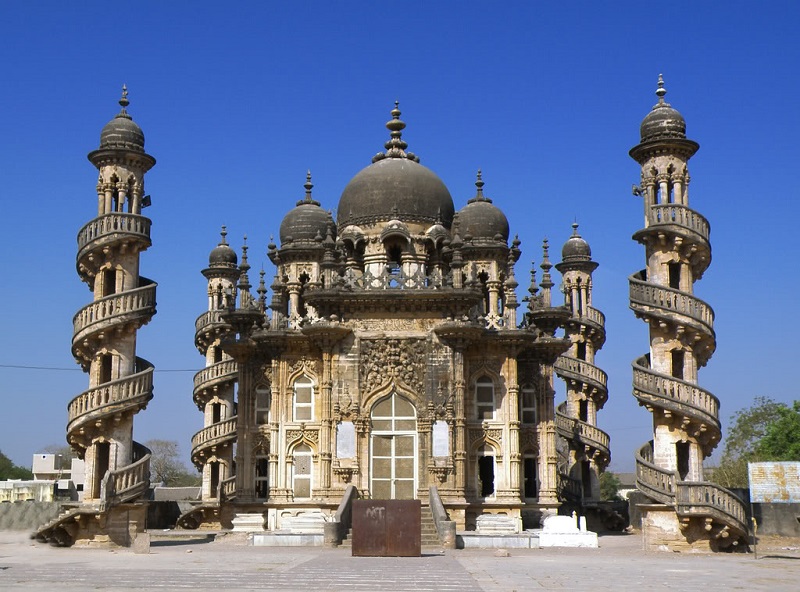 Mahabat Maqbara is a spectacular palace-mausoleum in Junagadh, India. It is an unusual combination of Indo-Islamic, European and Gothic architecture, and is one of the city’s most important historic landmarks.

It was built as the mausoleum of Wazir Bahaduddinbhai Hasainbhai, one of the chief nobles in the Court of Nawab Mahabat Khan II of Junagadh. Construction began on the complex in 1878 and was completed in 1892. 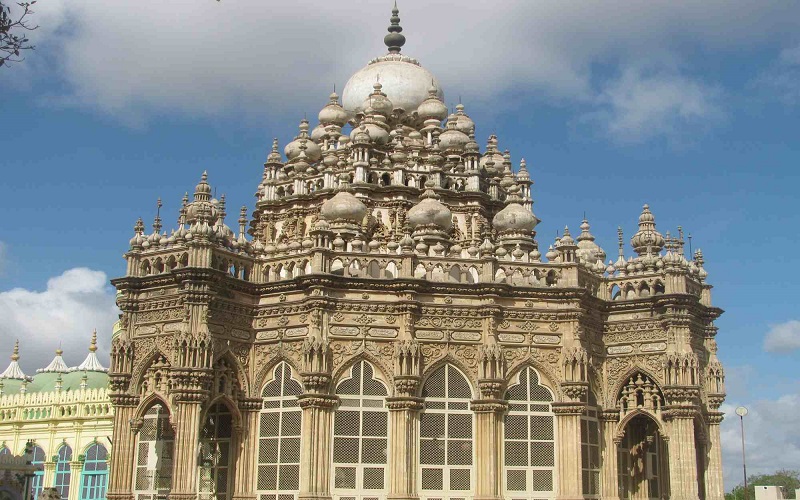 The structure is relatively traditional, with a central, onion-domed hall that is flanked by four minarets along four corners. The minarets each have external spiral staircases that wind down in opposing directions to achieve symmetry.

The ornamentation is rather less typical of India, and includes many smaller domes, finely-designed arches, French windows, vertical Gothic columns, and shining silver doorways. The inner and outer facades are adorned with elaborate stone carvings.

Retrieved from "https://www.designingbuildings.co.uk/wiki/Mahabat_Maqbara,_India"
Create an article