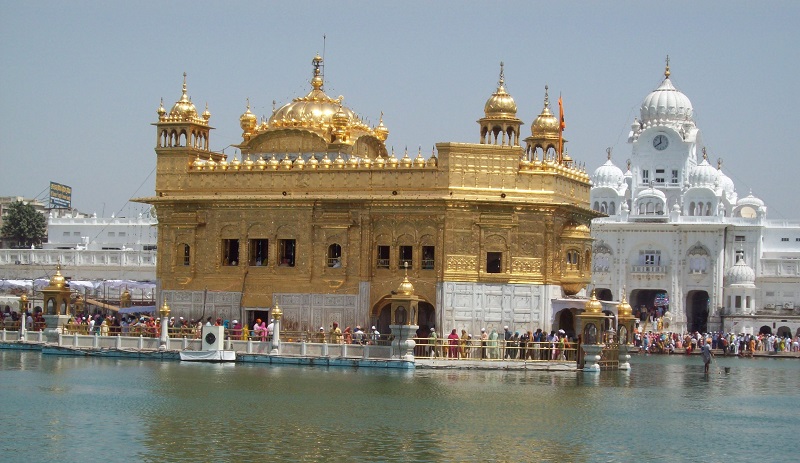 The Golden Temple, formally known as Sri Harmandir Sahib, is a Sikh Gurdwara in the city of Amritsar, Punjab, India.

It was built as a place of worship for all religions, and is considered the holiest Gurdwara of Sikhism. The symbolic openness of the Sikhs is represented by the four entrances used to enter the Gurdwara. It also includes the world’s largest free kitchen, capable of serving food to 300,000 people a day.

The structure dates back to the 16th century, when the site was acquired from the landlords of local villages, with the intention of establishing a new town settlement. Excavation of the 22,943.25 sq.m lake known as a Sarovar (the tank) but actually called Amritsar (Pool of the Nectar of Immortality) began in 1570, and gave the name to the city that developed around it. The tank was intended to be God’s home and whoever bathed in it would obtain spiritual and temporal advantages. It is fed by the Ravi River.

The normal custom had been for a Gurdwara to be built on high land; however, it was decided to build at a lower level so that worshippers would have to descend steps to enter it.

Construction was completed in 1604. 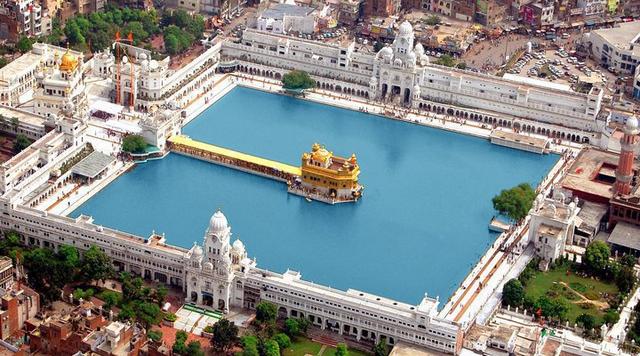 The main structure is three storeys high. The bridge-facing front is decorated with repeated cusped arches. At the top of the first floor, 4 ft-high parapets rise on all sides. Balconied windows project on carved brackets or bay windows with shallow elliptical cornices. 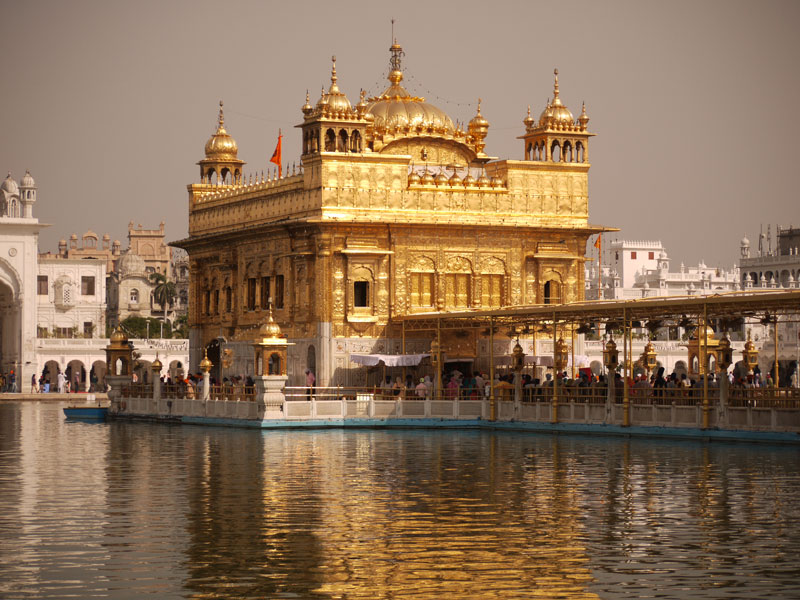 A low-fluted golden dome sits at the top, with a lotus petal motif in relief at the base. There are also several miniature fluted domes covered with gilded copper.

Inside the Gurdwara memorial plaques commemorate past Sikh historical events, martyrs and saints.

The temple had to undergo substantial rebuilding in the 1760s, after it was attacked by the Afghan army. In the early-19th century, Maharaja Ranjit Singh secured the Punjab region from further attack and set about covering the Gurdwara’s upper floors with 750 kg of gold gilding and marblework, providing the temple with its distinctive appearance. The gold plating was completed in 1830.