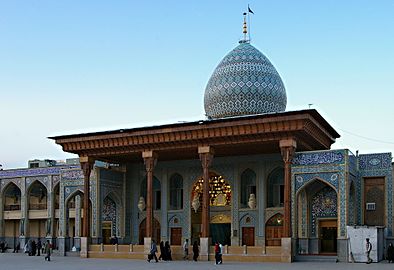 Shah Cheragh is a mosque and funerary monument in the city of Shiraz, Iran. Despite appearing to be an ordinary mosque from the outside, it is famous for its spectacular interior, with millions of small mirror and glass pieces covering the walls and ceiling of the temple.

'Shah Cheragh' means ‘King of the Light’, and the site was chosen because of the legend of a traveller who in 900 A.D. investigated a shining light that illuminated a gravesite. Inside the grave was a body in shining armour, believed to be an important figure in the Muslim community. As a result, the site and structure have become a important place of pilgrimage for Shia Muslims. 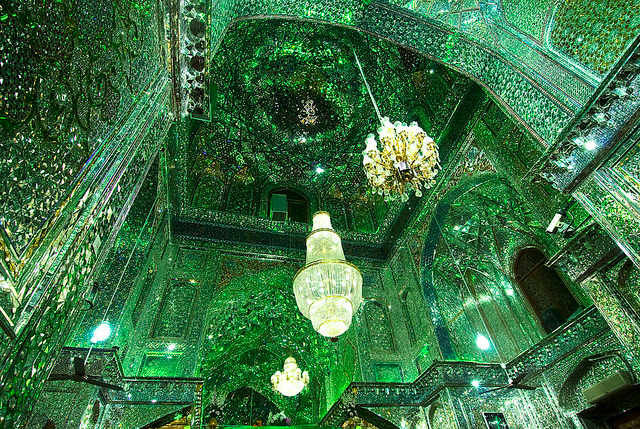 The interior of the enormous dome is inlaid with hundreds of thousands of finely-crafted tiles, while the interior walls are covered with pieces of dazzling and pale glass intermixed with tiles coloured green, yellow, red and blue.

Large windows made up of stained glass mosaics reach down to the ground and allow light to flood into the temple. The mirrored glass reflects this light in all directions, and has been described as an ‘exploded mirror ball’.

Over the centuries, the mosque has incurred damage from both people and as a result of natural disasters, but it has been consistently renovated and repaired. Today, it is visited by millions of tourists and pilgrims each year. 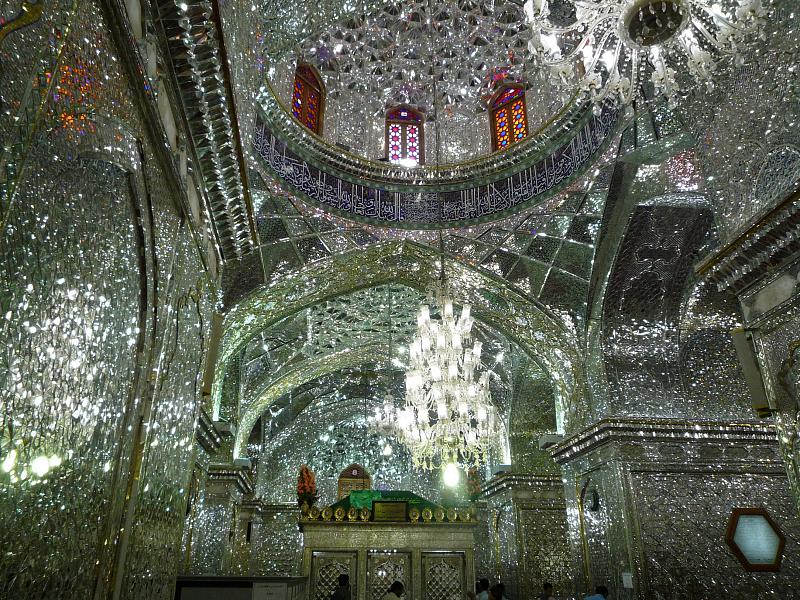 Retrieved from "https://www.designingbuildings.co.uk/wiki/Shah_Cheragh,_Iran"
Create an article