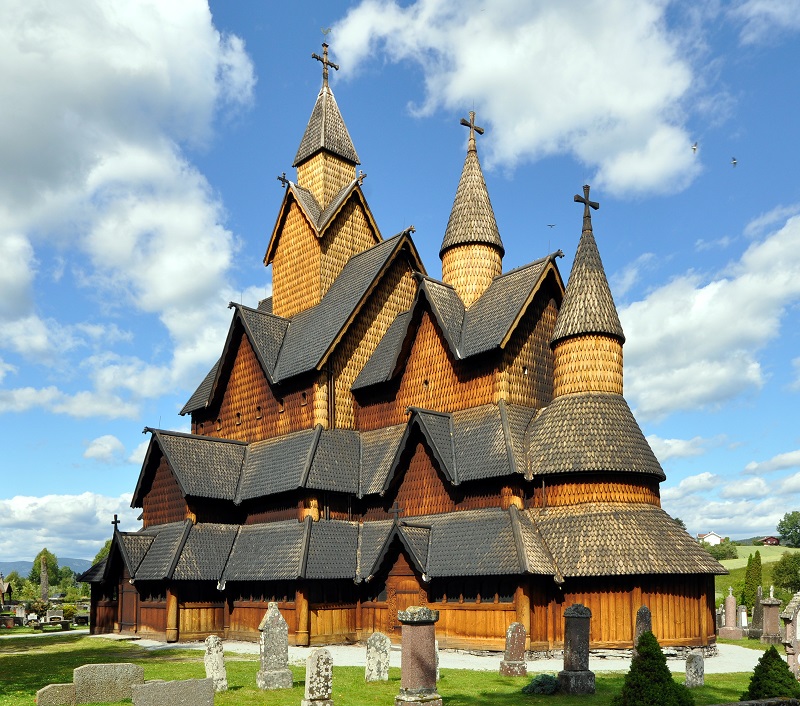 Heddal stave church was constructed at the start of the 13th century and is the largest church of its kind in Norway. It is a triple nave stave church made entirely of timber, save for a stone base.

Stave churches are medieval Christian churches prevalent across north-western Europe. They are characterised by the ‘staves’, or thick timber posts, which hold them in place. They adopt the same woodworking techniques as the Viking shipbuilders, using expertly crafted joints and joins rather than nails or glue.

Heddal stave church is built around 12 large and 6 smaller Norwegian pine staves, as well as four carved entrance portals, and an external gallery which circles the building. Inside, there is a ‘Bishop’s Chair’ which dates from the 13th century, as well as wall-mounted ‘rose’ paintings from 1668 and ornate carvings relating pagan myths and Christian parables. 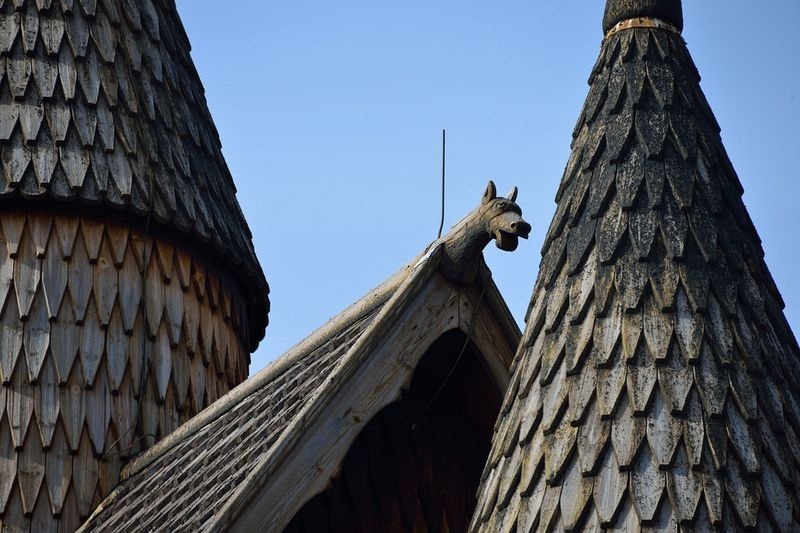 The church suffered considerable damage during the Reformation, but restoration was undertaken from 1849-51. It was at this time that the church bells were removed and placed in the external bell-tower to reduce the load on the timber structure. Another significant restoration project was required in the 1950s.

Throughout most of the year the church is still in use as Heddal’s main parish church.