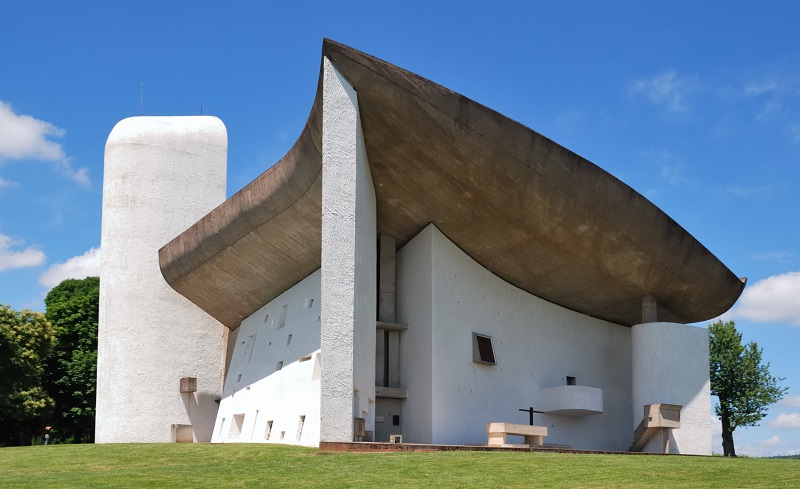 Notre Dame du Haut is a Roman Catholic chapel designed by Le Corbusier. Located on a hill near Belfort, Ronchamp, France, it is widely considered one of the most important buildings of the 20th century.

Commissioned to design the chapel in 1950, Le Corbusier saw an opportunity to depart from his trademark principles of standardisation and ‘machine aesthetic’ in response to the site, both physically because of the hillside location, and in terms of its historical legacy as a place of worship.

Notre Dame du Haut was built on the site of a 4th century Christian stone chapel which had been largely destroyed during the Second World War. Completed in 1955, Le Corbusier's chapel represents a defining move away from the characteristically sparse and functionalist form of Modernism, and today is regarded as one of his finest achievements. 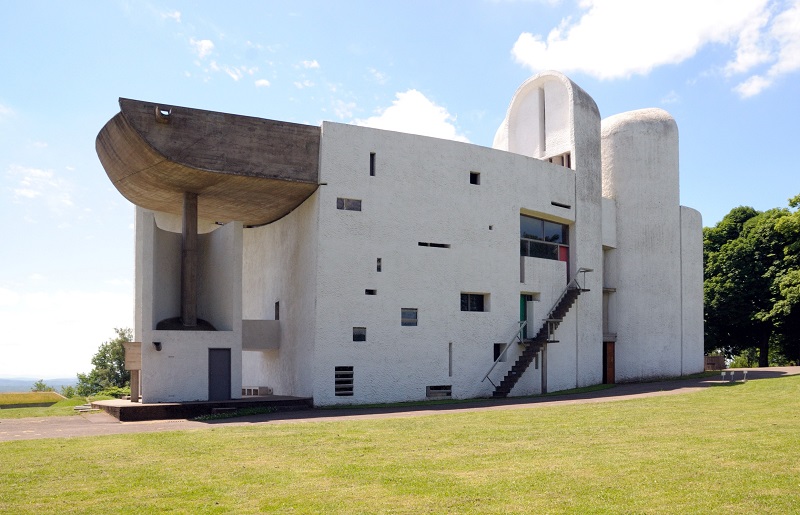 The building's envelope is formed by thick, gently-curving walls which provide structural support for a massive curvilinear roof and give the building its sculptural character. They also act as acoustic amplifiers, helping to reflect sound out over the fields.

The aerodynamic design of the monumental, curved concrete roof mimics the curvature of a wing and, despite its massive and heavy form, gives the appearance of weightlessness. The roof is supported by columns embedded in the walls rather than the walls themselves, making it appear to float above the building. The 10 cm gap between the roof and walls allows light to seep into the chapel.

Le Corbusier focused considerable time on the design of the south wall. It begins as a point on the east end, then expands to 10 ft thick on its west side, curving towards the south. The window openings slant towards their centres at varying angles, letting light enter the building in different directions. 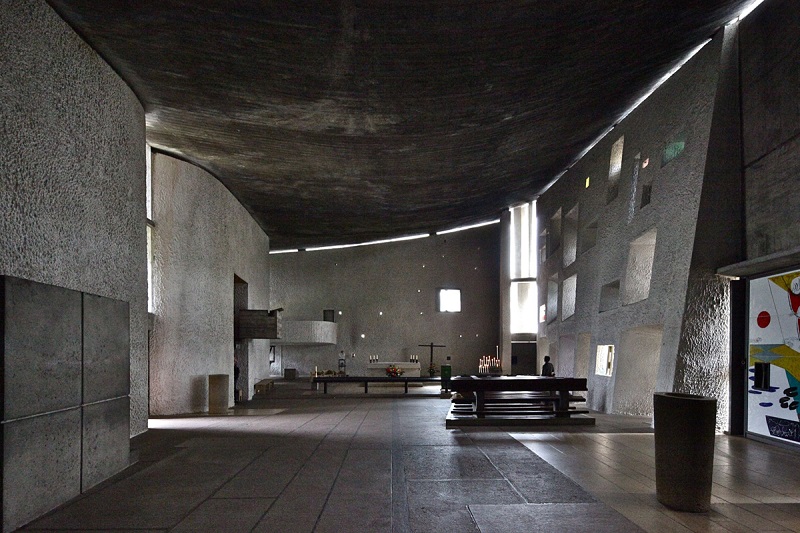 Despite the complex layout suggested by the external appearance of the chapel, the interior is rather simple in plan. Le Corbusier’s intention was to create a meditative and reflective space. This is achieved in part by the stark white walls combined with the irregular arrangement of windows, which are glazed with a mixture of clear and coloured glass.

Three thick white walls curve inwards, creating smaller chapels at the sides of the main space. One is painted bright red, the other white. The internal and external walls are finished with mortar, sprayed onto the surfaces and whitewashed or painted. The roof is left raw.

The slope of the site is followed by the concrete floor towards the main altar. The floor is divided into a gridded pattern based on Le Corbusier’s innovative, modulor system of proportions.

Despite being seen as a radical departure for Le Corbusier, the building actually adheres to many of the same principles of purity, openness and communality that informed his earlier work. Nevertheless, it was a contextual response to the site which inspired Le Corbusier to move away from the mechanistic style that he was known for at the time.

Today, the chapel remains an operational religious building, under the guardianship of a private foundation and welcomes 80,000 visitors a year.

Retrieved from "https://www.designingbuildings.co.uk/wiki/Notre_Dame_du_Haut"
Create an article