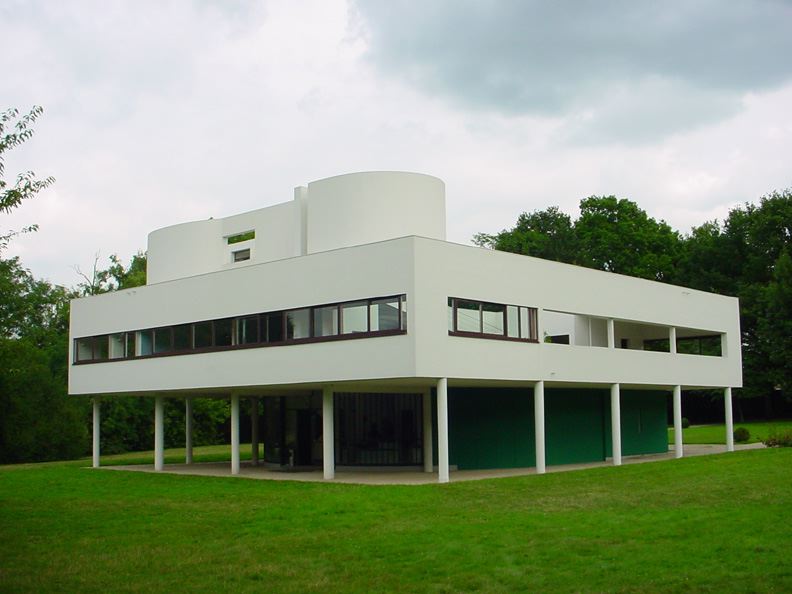 Villa Savoye is a modernist villa designed by the architect Le Corbusier. Located in Poissy, on the outskirts of Paris, it is representative of Le Corbusier’s ‘five points’ of new architecture and is one of the most iconic examples of the International Style.

The Savoye family approached Corbusier about building a country home in early-1928. He agreed and set about the project as a demonstration of his theory that the home should be a ‘machine for living in’, with the functions of everyday life becoming critical to its design. The spatial planning was inspired by the designs of new automobiles and trans-Atlantic steamships, with spaces arranged to maximise efficiency and express a minimalistic aesthetic.

The building is currently a popular tourist attraction and, in July 2016, was inscribed as a UNESCO World Heritage Site. 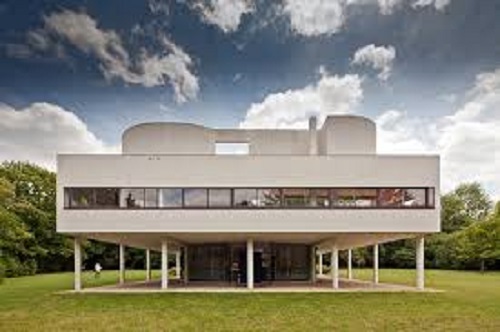 Corbusier's ‘Five Points’ were the basis for his new modernist ideas of aesthetics:

Point 1 gives the building the impression of floating above the ground. The ground floor has a curved form that is influenced by the movement of the cars, and is based on an orthogonal grid of concrete pillars spaced 4.75 m apart, with the main part of the villa above.

The free floor plan (point 3) enables occupants to meander between spaces, with a series of ramps moving from the lower level up to the rooftop garden.

It was built using reinforced concrete, with plastered walls and iron handrails. Corbusier used horizontal ribbon windows similar to his earlier villas. However, he chose to use timber windows as opposed to the more common metal ones. This was because the set-back position of the glass in the timber frame gave the impression of the façade being a series of parallel planes.

The basic house was constructed within a year, although it was not until 1931 that it was fit for habitation. 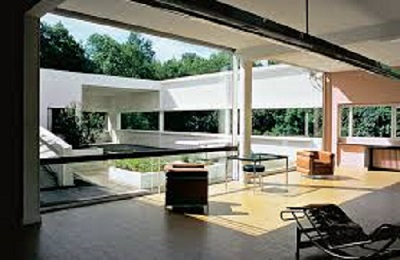 The house was inhabited by the Savoye family for a short period after it was completed. However, it was abandoned after the German invasion of France in 1940 during which time it incurred considerable damage.

In 1958, it became the property of the French state and was initially scheduled for demolition. After much outcry however, including from Le Corbusier himself, it was designated an official French historical monument in 1965, the only building of the architect’s to be recognised as such during his lifetime.

The architect Jean Debuisson began a renovation attempt in 1963, although it wasn’t until 1985 that thorough works began, which were completed in 1997. The works included structural and surface repairs to the facades and terraces, installation of lighting and security features, and reinstatement of some original fixtures and fittings.

As one of the most significant contributions to modern architecture in the 20th century, Villa Savoye is now a museum, receiving thousands of visitors each year.

Retrieved from "https://www.designingbuildings.co.uk/wiki/Villa_Savoye"
Create an article