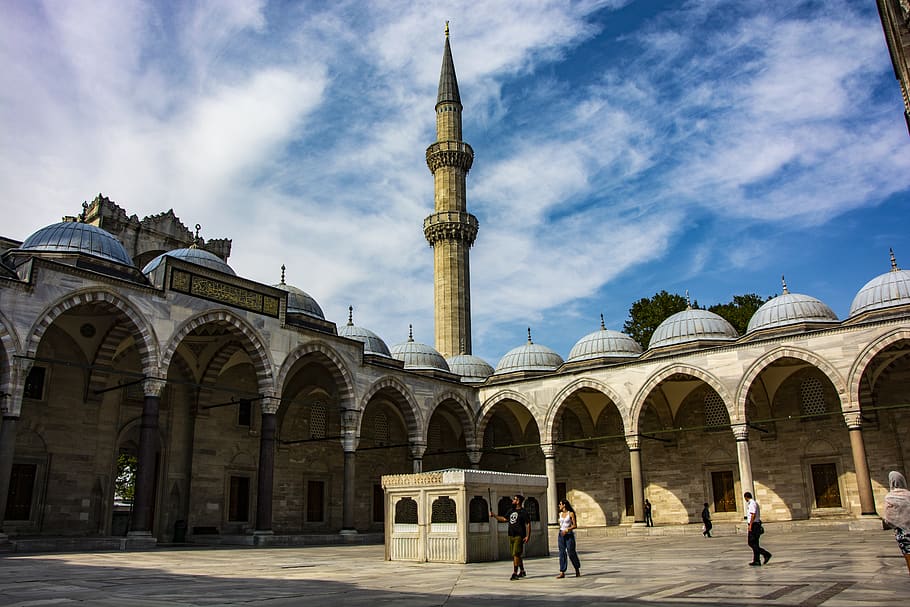 A minaret is usually a tall, slim tower constructed within - or adjacent to - a mosque. They typically have a balcony, which is used by the muezzin to call worshippers to prayer.

One of the earliest known minarets was the 8th century as part of the Great Mosque at Damascus. The oldest surviving minaret dates back to the Great Mosque of Kairouan, built in Tunisia in 836.

Different regions tend to feature variations on minaret shape and ornamentation. The structure will include four sections (base, shaft, cap, head), but they can be rectangular (sometimes found in North Africa), cylindrical (found in Iraq and other parts of the Eastern Islamic world), or pencil-shaped with several balconies (as in Turkey).

Retrieved from "https://www.designingbuildings.co.uk/wiki/Minaret"
Create an article