The unofficially named ‘Fish Building’ is a regional office for the National Fisheries Development Board, located near Hyderabad, India.

The four-storey building was officially opened in April 2012, and was reportedly inspired by Frank Gehry's monumental ‘Fish’ sculpture in Barcelona which was completed in 1992.

The building is an example of mimetic architecture, incorporating elements of the fish form into its functionality. This includes the left pectoral fin doubling as an awning above the staircase to the entrance, and the two circular windows acting as eyes.

The building is clad in stainless steel panels and, apart from the central core, is completely raised off the ground on pale blue pilotis. Blue-purple spotlights illuminate the building at night, giving the impression that the ‘giant fish’ is swimming through Hyderabad. 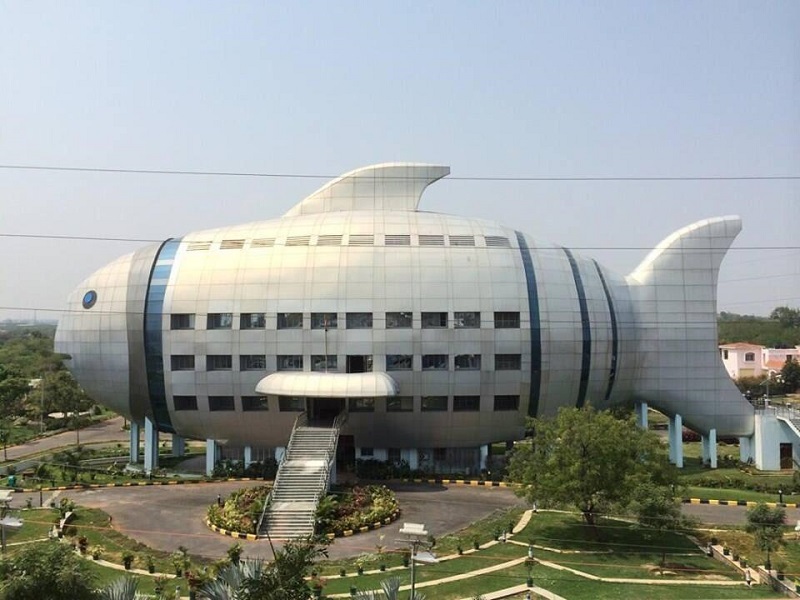 Retrieved from "https://www.designingbuildings.co.uk/wiki/Fish_Building,_India"
Create an article