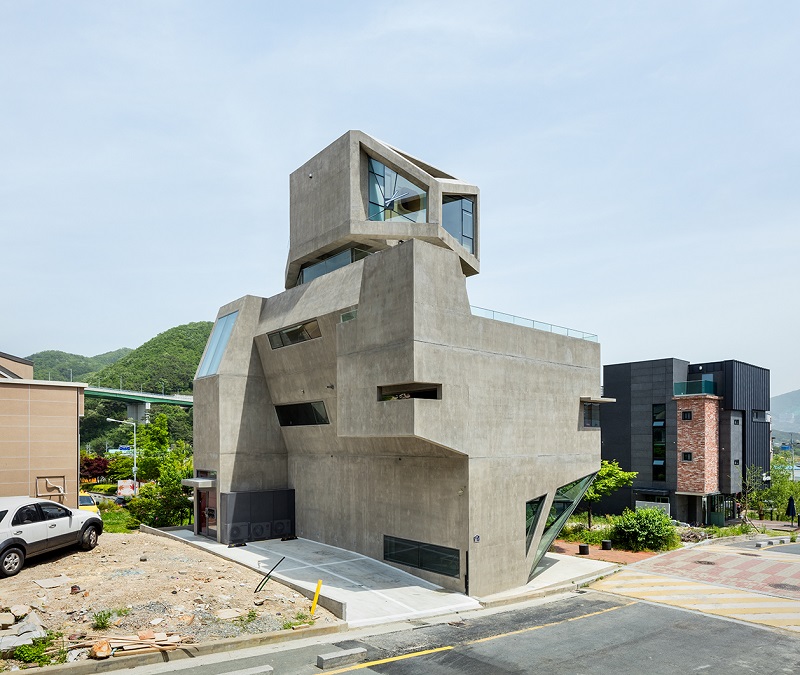 In January 2017, the South Korean architect Moon Hoon unveiled his new housing block in the city of Busan, designed to resemble an owl.

At 16 m in height, the four-storey Busan Times building incorporates a concrete frame that extends from a large street-facing window to represent the angular face of an owl, while two openings at either sides represent eyes, which are illuminated at night. 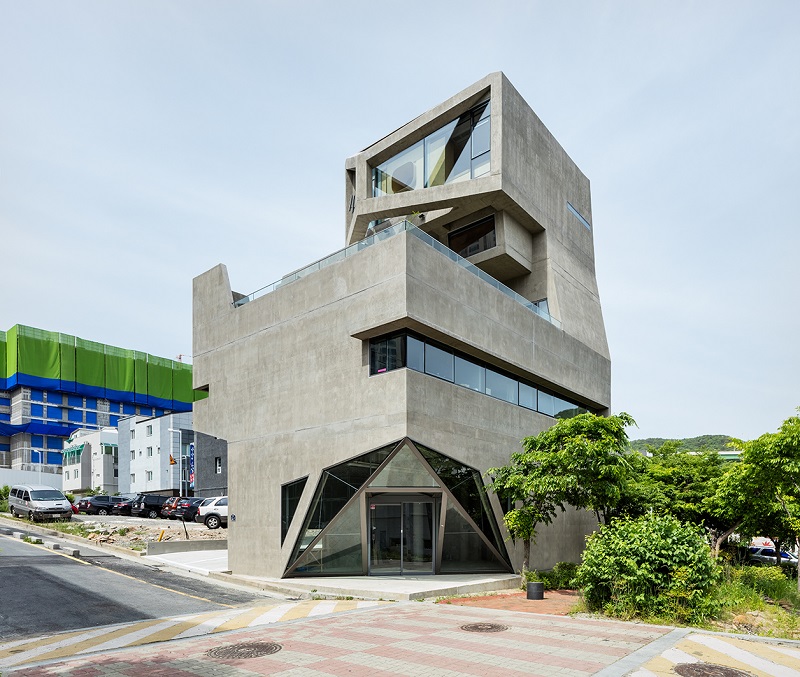 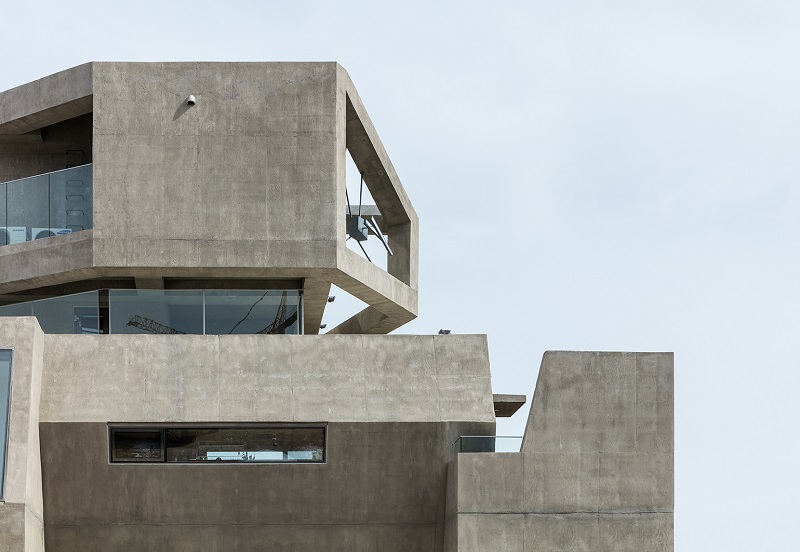 The neck and head of the bird are represented by a series of setbacks cut into the building, creating two single-storey flats on the first floor and a smaller two-storey flat stacked above to one side. Meanwhile, a vertical block with a skylight contained within a sliced corner represents the bird’s wing, protruding from the building’s side and housing the main staircase. 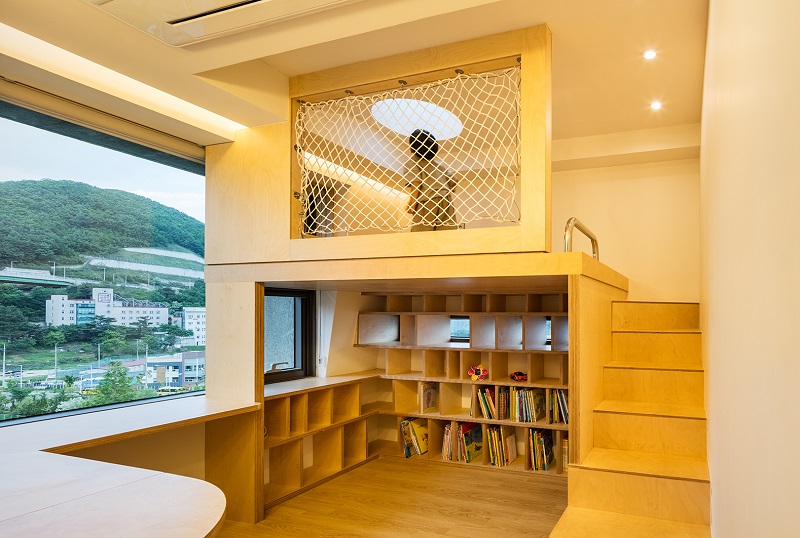 Moon Hoon intended the exposed concrete building to be “full of quirks and fun” for the occupant family’s child. Their room is arranged on a split level, with a net railing protecting the mezzanine bedroom. Plenty of windows, including a small circular skylight above the bed, provide views over the city.

At the lowest level of the apartment, doors slide open onto a garden terrace established on top of a further setback. Running around the western side of the building is a ribbon of glazing, while faceted glass walls beneath create a covered entrance. 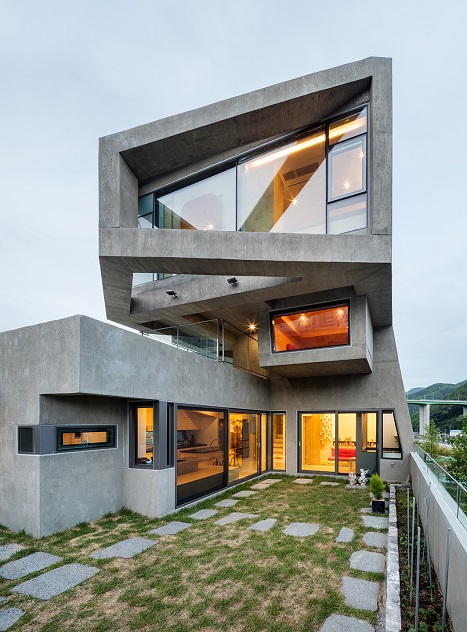 Retrieved from "https://www.designingbuildings.co.uk/wiki/Owl_House,_South_Korea"
Create an article