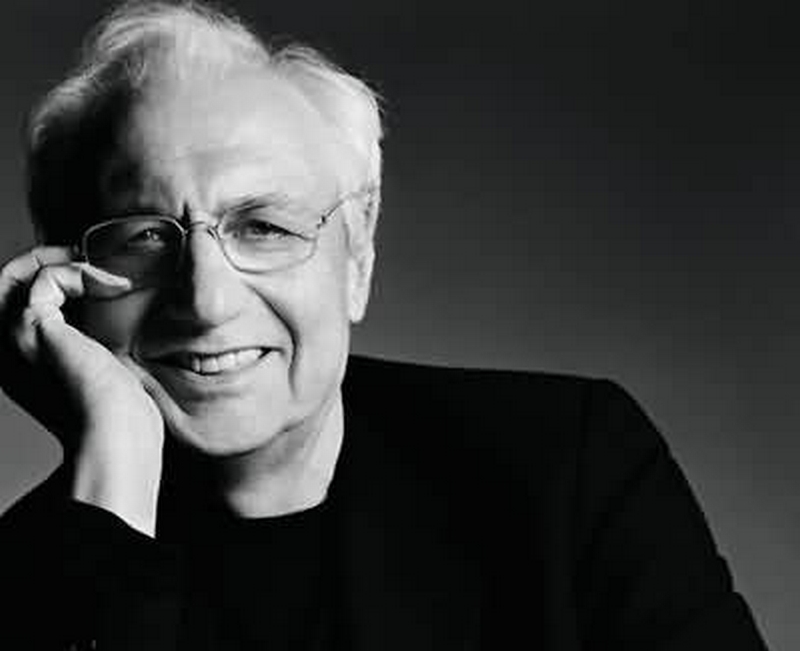 Frank Gehry is widely regarded as one of the most influential and revered figures in modern architecture. He is known for ‘statement’ buildings that challenge preconceived ideas about aesthetics and form in a way that is as controversial as it is celebrated. Perhaps his most famous building is the Guggenheim Museum in Bilbao, a Deconstructivist masterpiece and one of the defining buildings of the 20th century.

Gehry was born in Toronto, Canada in 1929 and moved to Los Angeles in 1947, the city with which he is most commonly associated. He took an architecture course at Los Angeles City College, initially on a whim, and went on to graduate from the University of Southern California. After an abortive spell at the Harvard Graduate School of Design and a year studying in Paris, Gehry returned to Los Angeles and established Gehry Associates.

While initially working in the European-modernist style of Le Corbusier and the Bauhaus, he was drawn to the avant garde arts scene of Los Angeles’ Venice Beach and Santa Monica, and began to hone his own creative vision. He made a name for himself with a line of furniture called Easy Edges, and began to be commissioned to design buildings such as the Rouse Company headquarters in Columbia, Maryland, and the Santa Monica Place shopping mall.

His breakthrough came in the late-1970s when he renovated his own home, now known as the Gehry Residence, that with its unconventionally expressive use of chain-link fences and corrugated steel was seen as a showpiece for a new Deconstructivist style of domestic building. The attention gained by this work allowed him to incorporate new experimental designs into buildings such as the Cabrillo Marine Aquarium (1981) and the Air and Space exhibit building (1984), as well as buildings in Switzerland and Germany.

By the end of the 1980s, Gehry had established himself as a key figure in international architecture, known for his injection of playful elements into otherwise ‘serious’ designs. His reputation was secured on being awarded the prestigious Pritzker Architecture Prize in 1989.

In the early 1990s he designed the Chiat/Day Building in Los Angeles, with its distinctive binoculars entrance. In 1996 he built the ‘Dancing House’ in Prague with its twisting steel shapes and concrete paneling.

In 1997, he completed the Guggenheim Museum in Bilbao, Spain, with its sweeping titanium contours and irregular curves, that was widely regarded as a masterpiece of modernist architecture. The ‘Bilbao effect’ was a term derived from the socio-economic benefits that the city enjoyed as a result of the museum opening. 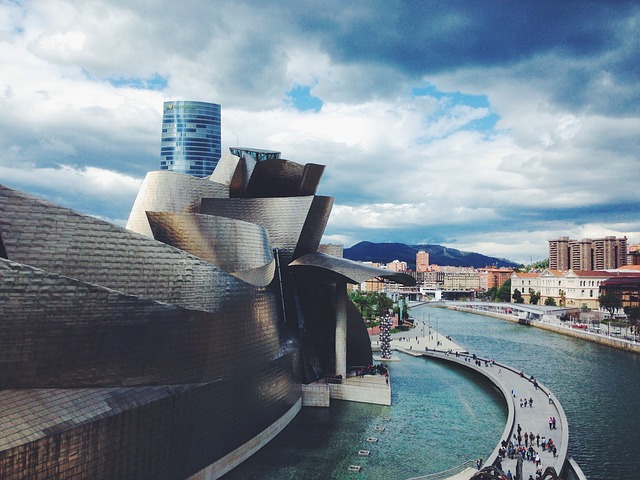 In a similar style he went on to design the Walt Disney Concert Hall (2003) in Los Angeles, and the Experience Music Project in Seattle.

He has since become one of the few architects whose critical acclaim and media visibility has branded him the title of ‘starchitect’. He is widely sought by developers for ‘statement projects’ that gain immediate, widespread attention simply because of his involvement. 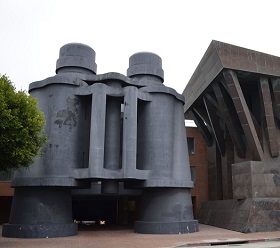 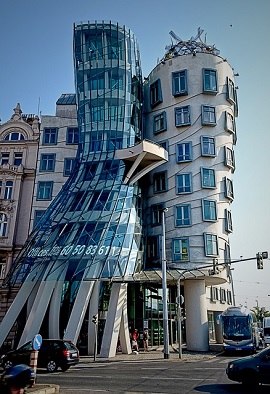 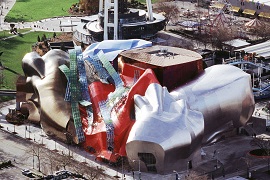 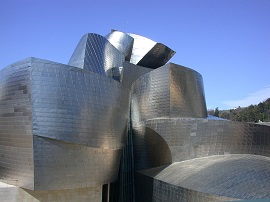 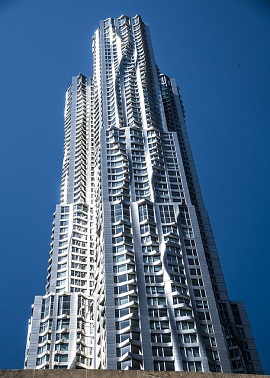 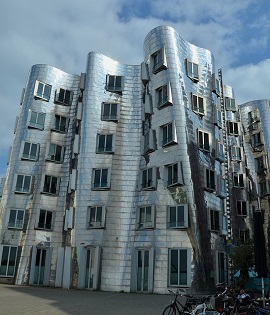 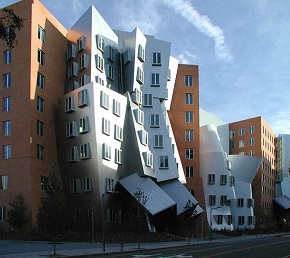