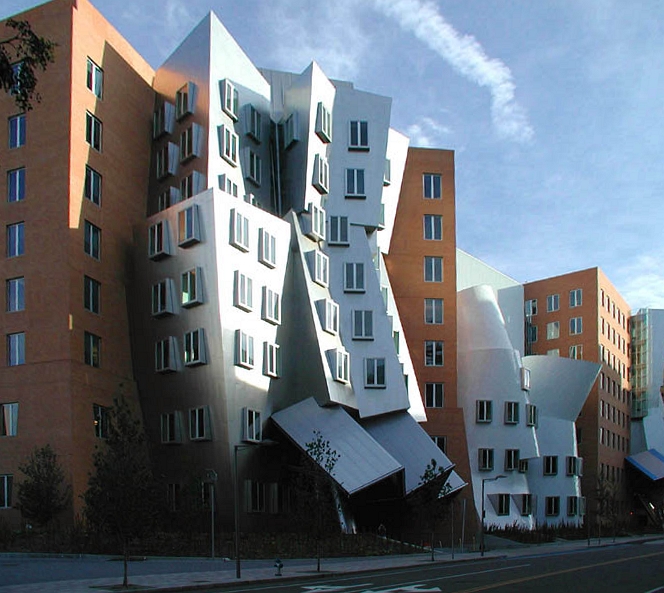 The Ray and Maria Stata Center, also known as Building 32, is an academic complex in Cambridge, Massachusetts, USA. It is part of the Massachusetts Institute of Technology (MIT), serving the Computer, Information and Intelligence Sciences, and was designed by the architect Frank Gehry.

The building design is typical of Gehry’s style, with a crinkled sculptural form that has been likened to 1920s German Expressionism. It incorporates tilting towers, multi-angled walls and whimsical shapes, in an attempt to challenge conventional laboratory and campus building design. The façade materials alternate between shiny metal and red brick, with drum-shaped yellow sections, while zig-zagging metal canopies reveal street-level entrances. 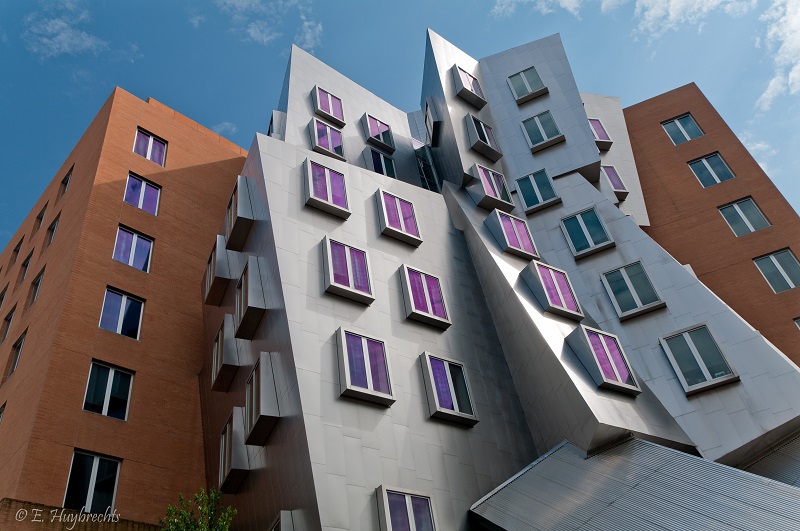 The building, which was completed and opened in 2004, has been divisive. Robert Campbell, Boston Globe architecture columnist, praised the building for being ‘a metaphor for the freedom, daring and creativity of the research that’s supposed to occur inside it’.

Howver, in 2007, MIT began a civil lawsuit against Gehry and the contractors, including Skanska, for various defects which they claimed had arisen due to ‘deficient design services and drawings’. The issues were apparently resolved and the lawsuit settled in 2010.

High-profile academics who have offices in the building include Noam Chomsky, Tim Berners-Lee and Richard Stallman.

Retrieved from "https://www.designingbuildings.co.uk/wiki/Ray_and_Maria_Stata_Center"
Create an article