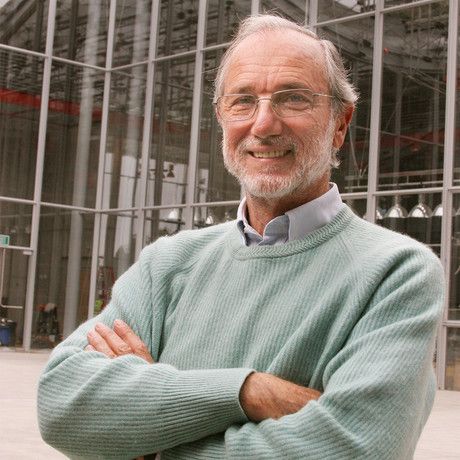 Renzo Piano is an Italian architect and engineer whose notable buildings include the Centre Pompidou (in collaboration with Richard Rogers), The Shard, and the Whitney Museum of American Art. He was the recipient of the Pritzker Architecture Prize in 1998. His style is often defined by a sense of lightness, precise detailing and an interrelation between traditional and inventiveness as well as function and context.

Piano was born in Genoa, Italy on 14 September 1937. He studied architecture at the Milan Polytechnic University and taught there in late-1960s. He later worked for the modernist architect Louis Kahn in Philadelphia and then for the Polish engineer Zygmunt Stanlislaw Makaovski in London.

He completed his first building in 1968, the IPE factory in Genoa, characterised with a steel and reinforced polyester roof. He also created a continuous membrane for the covering of a pavilion at the Milan Triennale in 1968. His first international commission was for the Pavilion of Italian Industry for Expo 70 in Osaka.

It was the Osaka structure that attracted the attention of Richard Rogers, and in 1971 they established their own firm, Piano and Rogers. This firm practiced from 1971 to 1977 during which time it achieved worldwide attention and acclaim by winning the design competition for the Centre Pompidou in Paris.

Elevated to fame post-Pompidou, Piano worked alongside the project's engineer Peter Rice for some years thereafter, before founding the Renzo Piano Building Workshop in 1981.

Piano further established his reputation as a formidable architect with a range of other museum commissions, the re-design of Potsdamer Platz in the reunified Berlin, and The Shard in London.

Retrieved from "https://www.designingbuildings.co.uk/wiki/Renzo_Piano"
Create an article