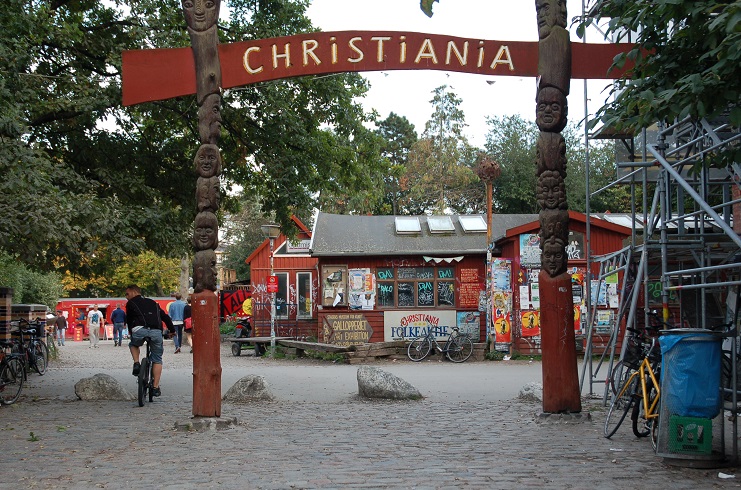 Christiania is an anarchist settlement and eco-village that operates as a self-governing community in the centre of Copenhagen, Denmark.

Christiania was formed in 1971 when a group of hippie squatters took over a military barracks spread over 80 acres along the banks of a lake that had fallen into disuse and been left abandoned.

Soon after its settlement, Christiania was declared a ‘Freetown’, with the goal being to ‘build up a society from scratch’. The impetus for the settlement of around 900 individuals is reported to have been a direct response to the lack of affordable housing and social facilities available in Copenhagen at the time.

The community adopted a policy of collective land ownership and responsibility, becoming well-known for their liberal approach to drug use and homosexuality, both still taboos at the time. 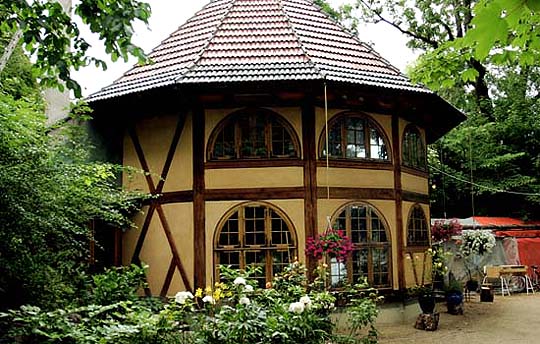 The settlers refused to pay taxes to the government, predictably bringing them into conflict over the years. In 1972, Christiania was granted semi-legal status, with the settlers agreeing to pay a collective tax in return for water and electricity.

The heating supply in Christiania is decentralised, with the houses heated, not by electricity, but in part by second-hand wood and ovens made within the community. Water is heated by the sun, and waste water installations are often experimental. 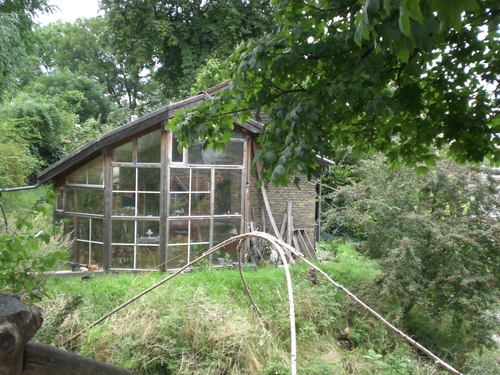 The government’s attempts to ‘normalise’ the settlement have been a continuing source of contention, with many property developers noting the prime location that the site occupies.

In recent years, Christiania has attracted negative attention due to police drug raids and riots. However, despite its future remaining far from certain, it has become one of the major tourist attractions in Copenhagen, welcoming more than a million people a year. 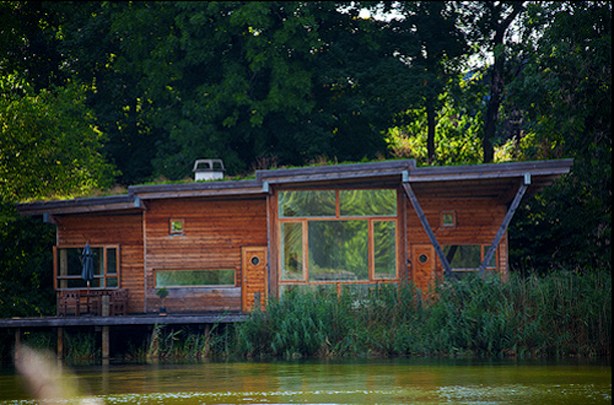 Christiania became a place of fascination and intrigue for architects across Europe, many of whom visited to experiment with new techniques and styles. Nonetheless, the buildings of Christiania were developed mainly under the ethos of ‘architecture without architects’.

As the Danish government did not initially recognise the community as legitimate, ordinary zoning restrictions did not apply, and so a wide variety of vernacular architecture was created, some futuristic, some ecologically-sustainable, others following the style of more traditional Scandinavian houses. 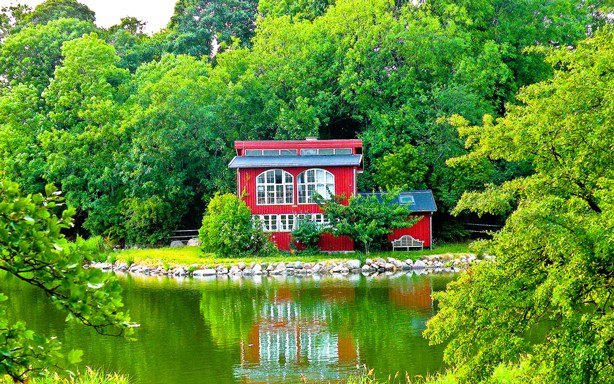 The buildings are experimental in style, many with decorative murals, and others integrated into their surroundings, and all serving as functional homes. Many of the homes are constructed from re-used and salvaged materials, and range from makeshift huts to elaborate constructions with green roofs.

The glass house pictured below is built from salvaged timber windows. 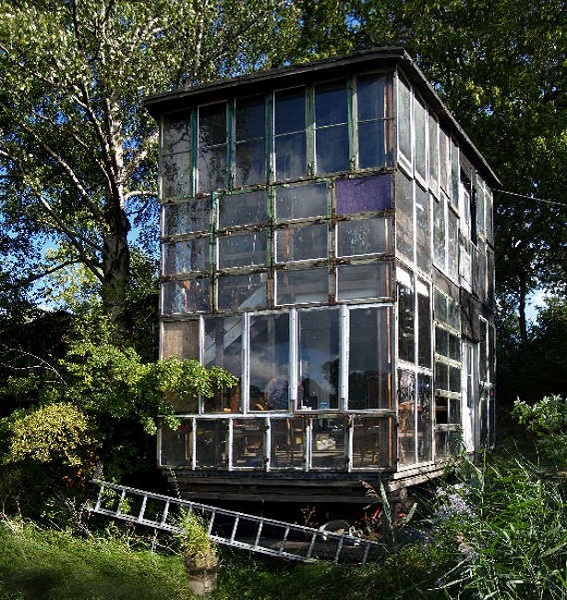 Other, more improvised buildings are freeform, colourful and in their own way, charming. 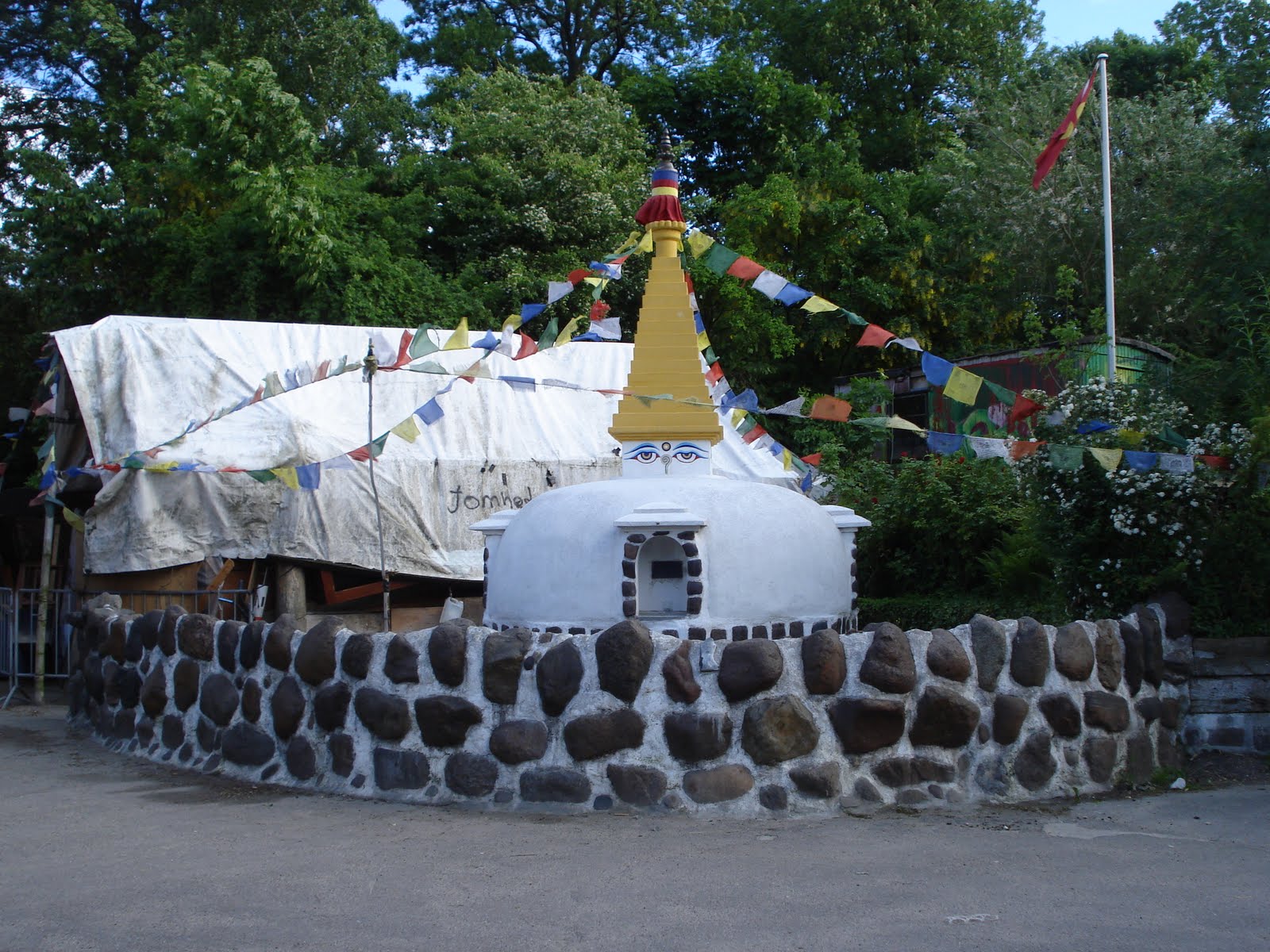 This more futuristic polygon glass house is shaped like a spaceship. 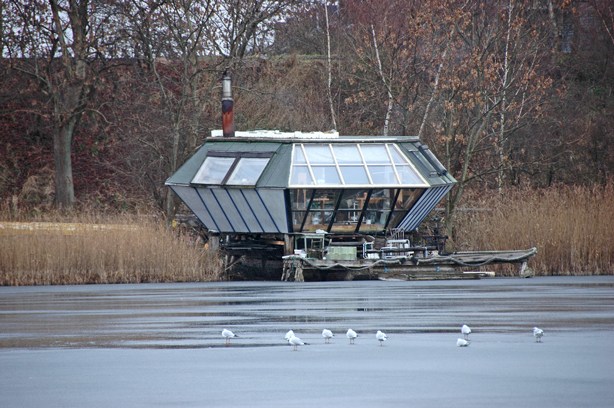 This banana-shaped house was constructed by a group of German volunteers who came to help build bridges and were subsequently allowed to develop their own structure. 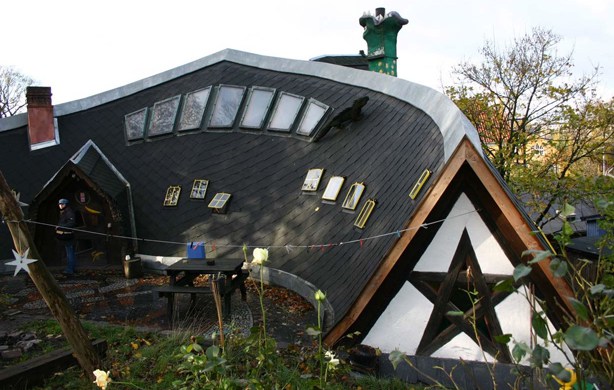 With the government increasingly trying to assert its control, one of the newer laws stipulates that nothing new can be built in Christiania except for roofing. This restriction has led to some creative architectural styles in itself… 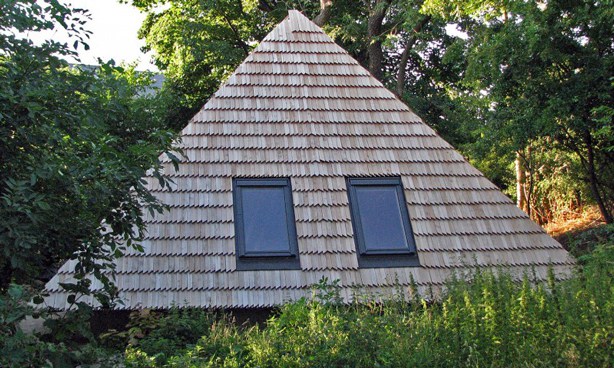 Retrieved from "https://www.designingbuildings.co.uk/wiki/Architecture_of_Christiania"
Create an article