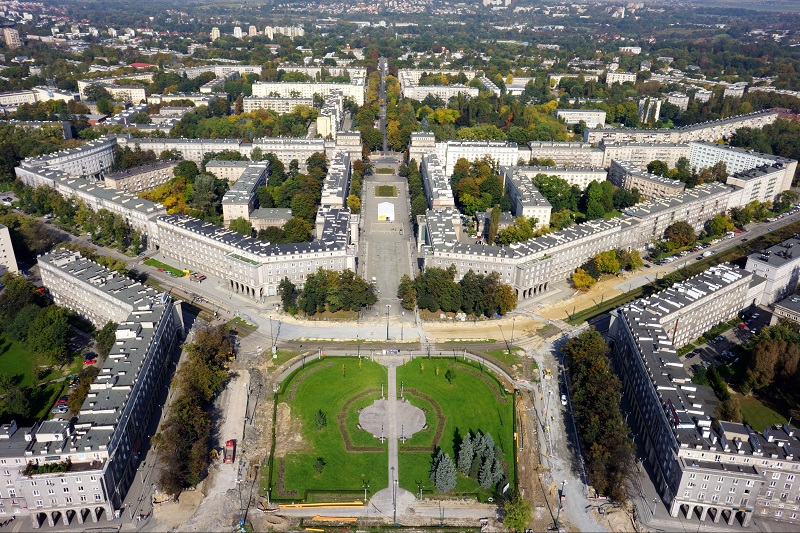 In August 2017, Designing Buildings Wiki went on an organised tour to one of only two planned socialist realist housing projects in the world.

Nowa Huta, in eastern Krakow, Poland, is a unique project designed and built as a utopian city and has been described as ‘one of the most renowned examples of deliberate social engineering’ in the world. With some 200,000 residents, it remains one of Krakow’s most populous areas. 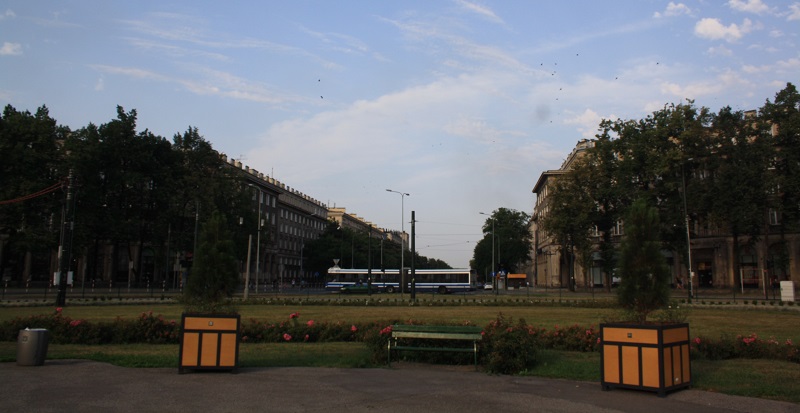 Crazy Guides describe themselves as an ‘alternative to typical tourism in Poland', and have grown in popularity over the last few years to become perhaps the most well-known tour company in Krakow. Their ‘unique selling point’ is their small fleet of renovated Trabants – the diminutive car that was manufactured in East Germany and is synonymous with Soviet bloc countries – which they use for their tours. 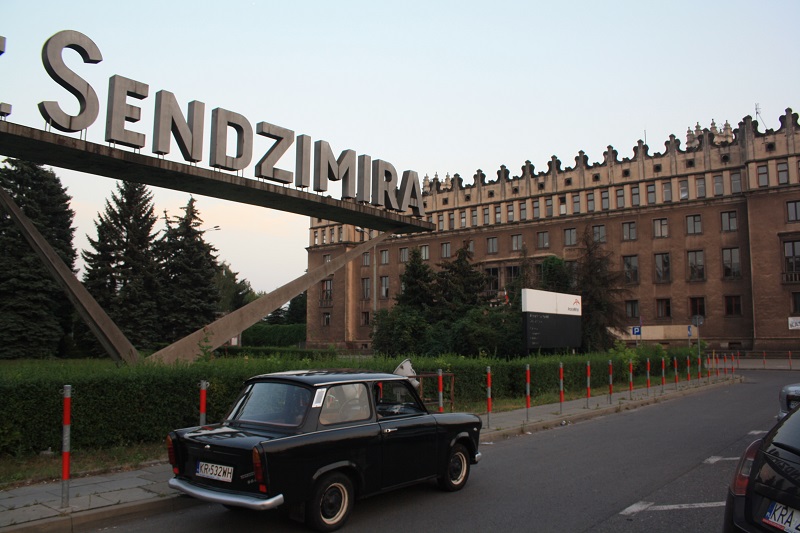 Our tour guide picked us up from the city centre, introducing herself as a proud resident of Nowa Huta. As we drove east, she explained some of the history to the project, how it was created in 1949 by Joseph Stalin’s Soviet Union as a means of housing the workers of the new Vladimir Lenin Steelworks nearby, which in the years following its 1954 opening became the largest steel mill in Poland.

Controversially, to enable such a major centre of heavy industry on the outskirts of Krakow, the Communist government repossessed land from farming villages, creating a ‘tabula rasa’ for the architects to plan their utopian vision from scratch. 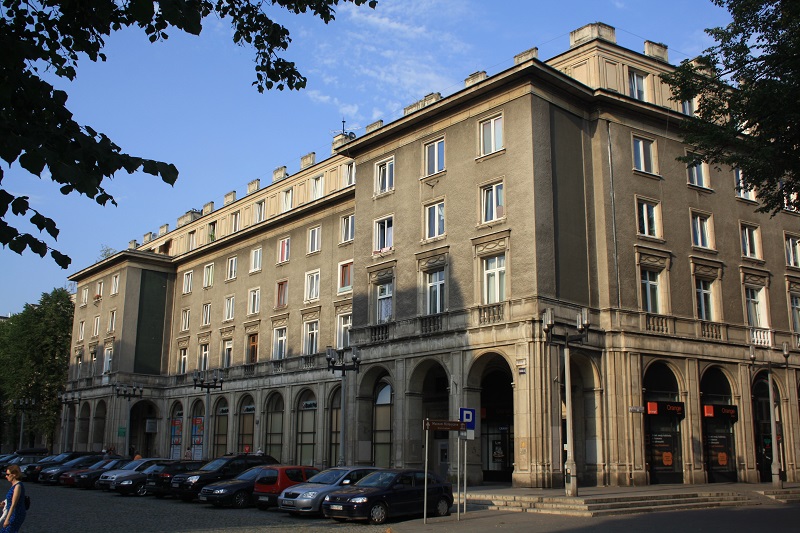 Arriving in the Central Square, our guide talked us through the planned layout and architectural design of the district. The doctrine of ‘socialist realism’ was enforced in Poland, as elsewhere, until the mid-1950s. Accordingly, architecture was considered a valuable weapon for the Soviets in their drive to instil a new social order, with buildings expressing a sense of power and ambition. Architects were viewed as ‘engineers of the human soul’, with a role to spark the consciousness of citizens and enhance their outlook on life. 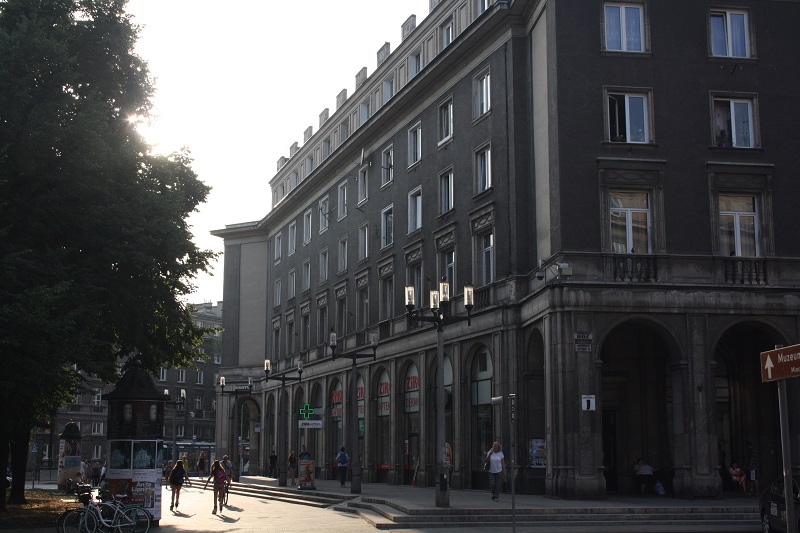 The plan of Nowa Huta is based on classical Renaissance design, with streets running radially out of the Central Square and linked together to form a web. It is this axial composition that is the most characteristic feature of the project.

The Central Square and Avenue of Roses were inspired by Baron Hausmann’s wide Parisian boulevards as well as the classical architecture of cities like London and Vienna; but subtle deviations were incorporated to more closely reflect Soviet architecture, creating a unique blending of forms. 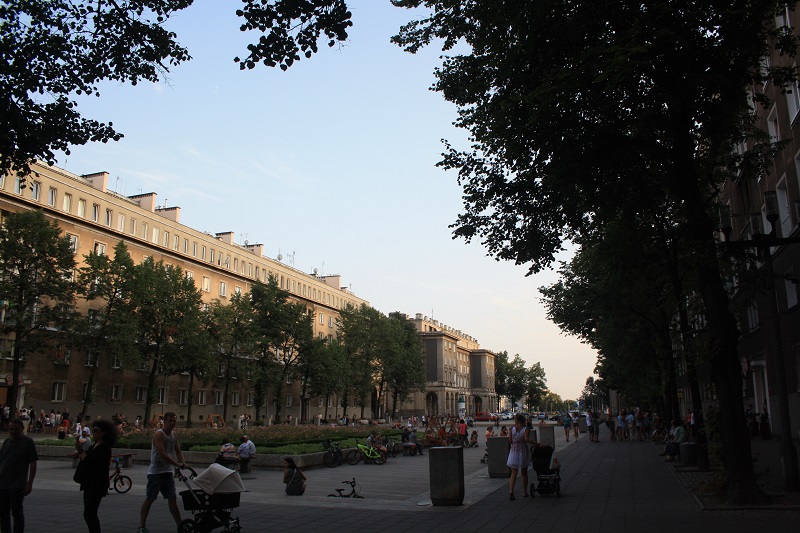 The street hierarchy was based on the concept of ‘neighbourhood units’, forming self-contained areas of 5,000-6,000 residents, each equipped with their own shops, schools, play areas, and so on. One thing that is remarkable about Nowa Huta, when considering the ‘concrete jungle’ housing estates that it inspired across Europe, is its abundance of green space, with the architects and planners providing parks and even a large lake on its eastern periphery.

Although the original architects’ plans for the ‘Stalinist showpiece’ were abandoned in the mid-1950s, the district continued to expand throughout the 1960s as the population grew, without any real overarching plan. 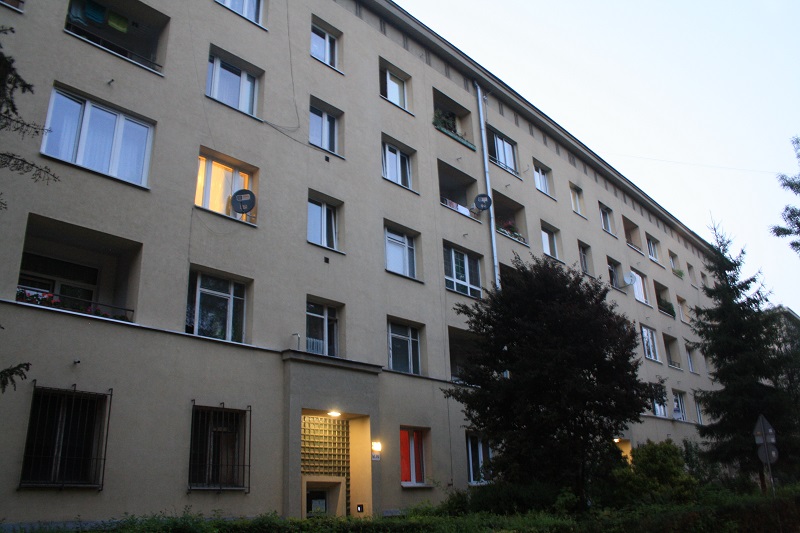 While there are still reminders of its Communist past – an old Soviet tank sits on the side of one street – the area has moved on in the years since Poland became independent in 1989, and, as our guide informed us, it is now considered a fine place to live.

A far cry from the 1970s-1980s, when the steel mill began making workers unemployed, and social tensions tarnished Nowa Huta’s reputation. During the 1980s, the area became a focal point for demonstrations and violent street protests by the Solidarity movement, with the statue of Lenin on the Avenue of Roses toppled in 1989. 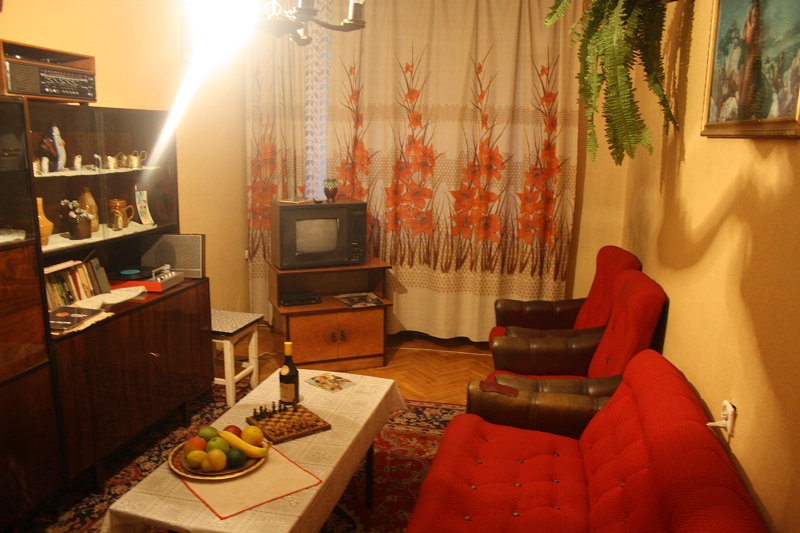 The tour is a fascinating insight into a rare example of urban planning. The 2-3 hour tour includes a break with a complimentary drink, as well as a glimpse inside one of the apartments preserved as it would have been during the Communist era, where you can watch some propaganda film footage of beaming workers helping to build their utopian new city.

If you are planning a trip to Krakow then you really shouldn’t miss out on this unique experience.

Retrieved from "https://www.designingbuildings.co.uk/wiki/Nowa_Huta_-_Communist_tour_review"
Create an article