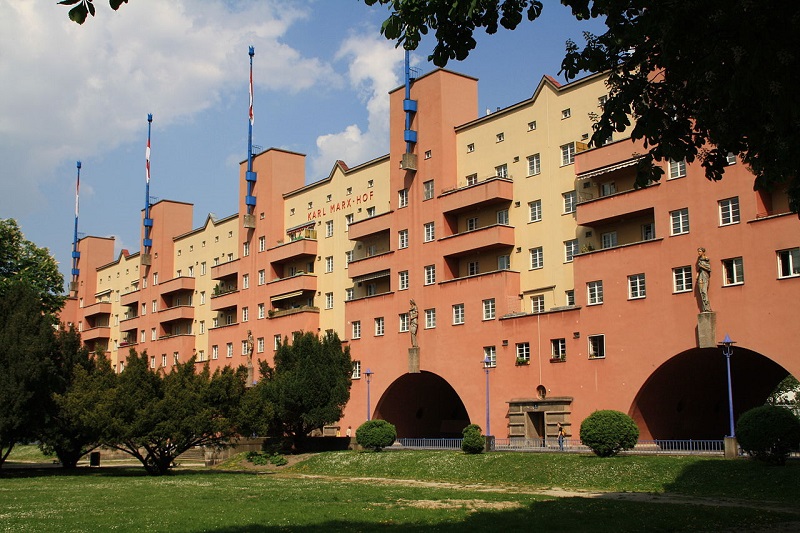 Karl Marx-Hof is a municipal tenement complex in Heilgenstadt, a neighbourhood of Vienna, Austria. At 1,100 m (0.68 miles) in length, it is the longest single residential building in the world.

The Habsburg Empire was dismantled at the end of the First World War, with a significant loss of territory, prompting unemployment, poverty and famine in the city of Vienna. But out of this, a powerful workers movement emerged, demanding change. At the time, more than 250,000 workers lived in deteriorating and overcrowded apartment buildings, often with no running water or proper facilities.

In 1919, the Social Democrats were elected, and the ‘Red Vienna’ administration began an intensive programme of social reform, a central tenet of which was the construction of nearly 400 municipal apartment complexes to rehouse the population. 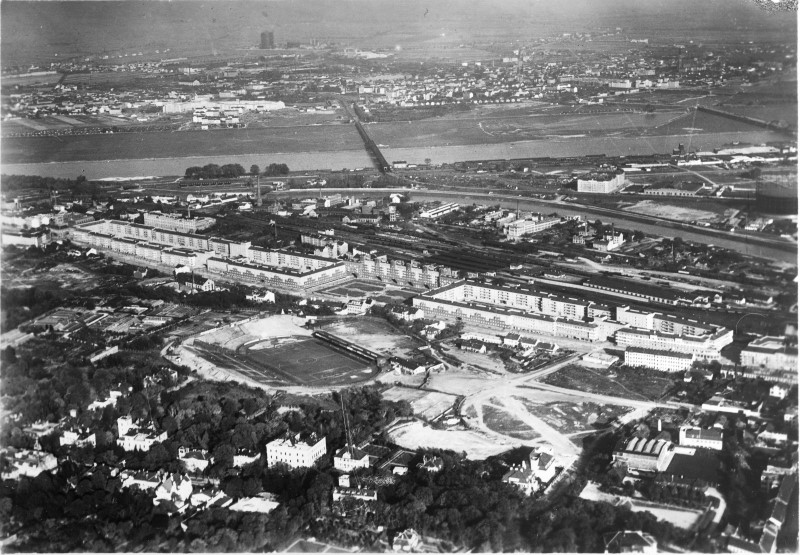 The architectural flagship of this programme was Karl Marx-Hof, built between 1927-1930, designed by the city planner Karl Ehn, a student of Otto Wagner who pioneered a rationalistic, functional approach to architecture.

The building contains 1,382 apartments, each measuring 30-60 sq. m, and was designed for a population of roughly 5,000 people. It also included amenities such as laundromats, public baths, kindergartens for children, a library, doctor’s surgery and office space. The surrounding land became play areas and gardens, with decorative details that were added to keep craftsmen employed. The huge fortress-like building culminates in a grand square with sculptures, spikes, and turrets, and features the prominent legend – ‘Karl Marx-Hof, built by the Vienna City Council.’

Despite the rejection of the 19th century architectural styles that was common in major European cities at the time, Ehn adapted the centralisation and street-centred planning of the imperial city to focus on the proletariat workers rather than the ruling elites.

It became a focal point during the ‘February Uprising’ of the Austrian Civil War in 1934, when insurgents resisting Fascism barricaded themselves inside before being forced to surrender under heavy bombardment. The damage to the building was repaired in the 1950s.

The complex was very influential on modernist architecture, in particular, tower blocks and tenement buildings such as Sheffield's Park Hill, the Heygate Estate and Robin Hood Gardens. It has been used as a location for a number of films, such as the exploitation film ‘The Night Porter’. It was extensively refurbished between 1989 and 1992.

Retrieved from "https://www.designingbuildings.co.uk/wiki/Karl_Marx-Hof"
Create an article