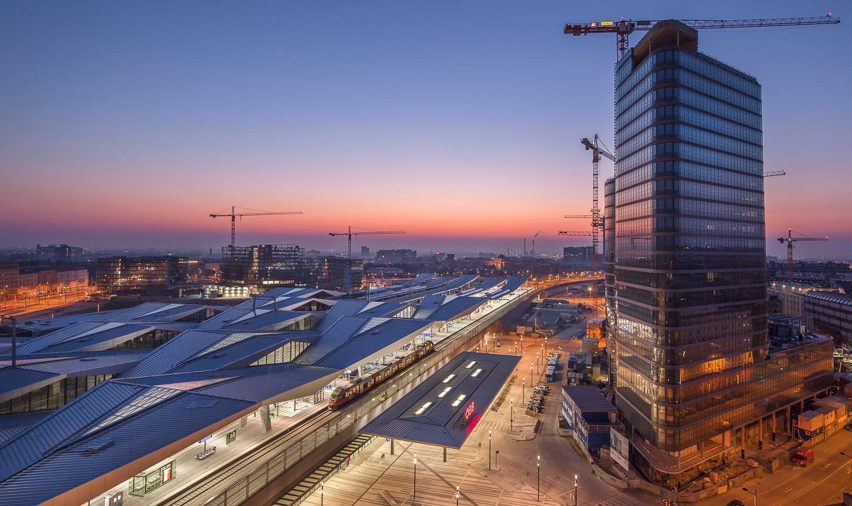 The new sculptural roofs are part of a major overhaul of the station, which is a pivotal hub for the city’s transport network. 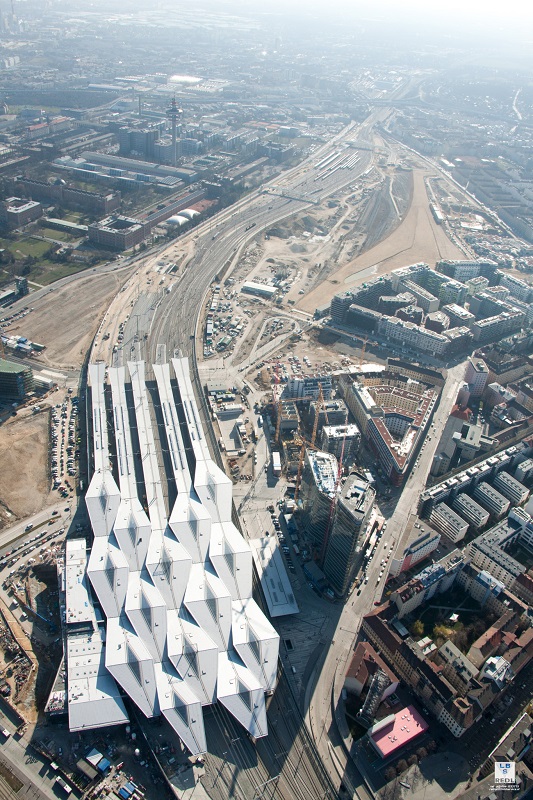 The designers envisaged a public transportation hub with a sculptural roof that would function both as a flagship urban project and a landmark for a district in the process of change, with the station also providing the impetus for the further development and the creation of a new municipal park.

Providing a clear iconic identity for the station, the roof comprises a folded plate structure that undulates rhythmically above the five platforms, defining striking interior and exterior spaces. 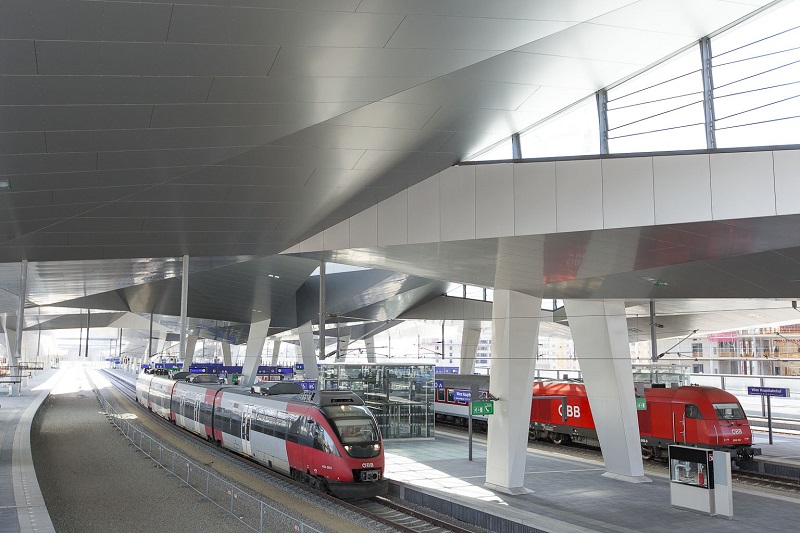 The juxtaposition between the rise and fall in one direction and the compression and expansion in the other transforms a simple platform canopy into a spectacular roof exuding a strong sense of movement.

Comprising fourteen diamond-shaped segments and five single canopies, the roof extends in an alternating wave pattern over the platforms. Each diamond roof segment consists of a space frame punctured in the centre by a rhombus-shaped skylight. 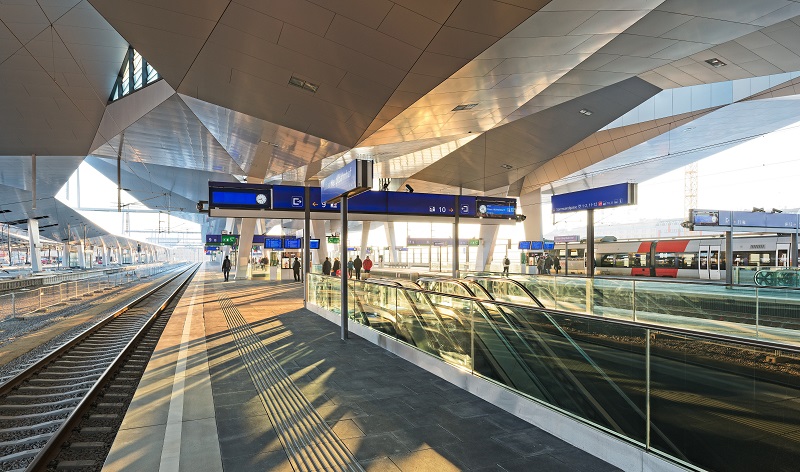 The staggered arrangement of these linked segments in turn creates diamond-shaped openings on the sides, which are enclosed by a façade of scale-like triangular glass panels to provide protection against the elements.

The angled lines of the soffits reflect those of the folded plate structure above and their triangular surfaces create a striking crystalline form that produces stunning light effects.

Retrieved from "https://www.designingbuildings.co.uk/wiki/Vienna_Central_Station"
Create an article