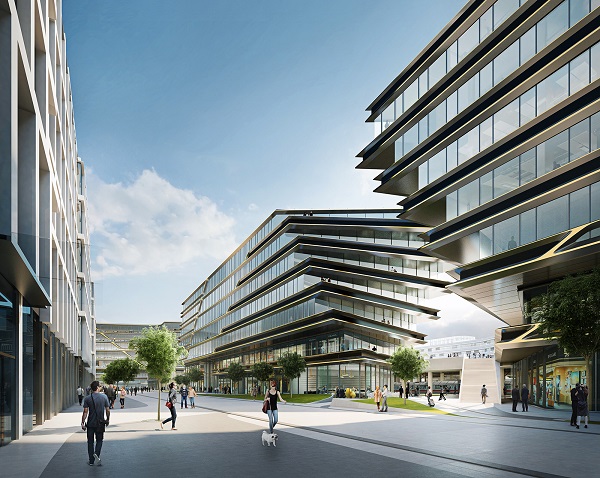 In May 2016, Zaha Hadid Architects (ZHA) revealed their plans with local partners and the city of Prague for the regeneration of a brownfield urban site adjacent to the city's Masaryk Railway Station. Having stood derelict for several decades, the aim of the project is to return the site to active use.

The mixed-use development stitches together Prague's Districts 1, 3 and 8, minimising the impact of the elevated Wilsonova Highway which separates them. Around 1 km from Prague's central square, the project creates a sequence of buildings and interconnecting public spaces along Na Florenci Boulevard, as well as a new public plaza adjacent to the railway station. 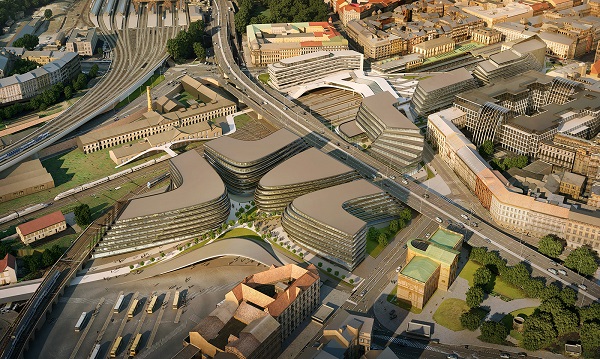 It is anticipated that over 22,000 sq. m of disused land adjacent to Masaryk Railway Station will be regenerated into a new central business district for the city, with the construction of approximately 90,000 sq. m of mixed-use office, retail and public spaces.

The design responds to the Old Town's urbanism. known as 'the city of 100 spires'; establishing a dialogue with the city and anchoring the new public plaza at the station by dynamically transforming the project's horizontal composition parallel with the railway lines to the vertical on the west façade facing the Old Town. 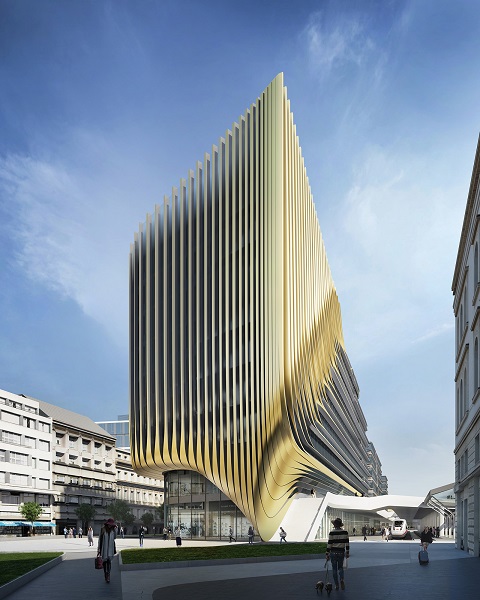 Designed as a series of buildings that vary in scale and composition to be compatible with the city's existing urban fabric, the new central business district responds to the demands of the city's growing service and IT sector requirements for flexible Class A office accommodation.

Construction of phase one could be completed in 2020, with all phases completed in 2022. Penta, the majority owner of the development consortium, will spend CZK 135 million on the reconstruction of Masaryk Railway Station, with a total budget for regenerating the site exceeding CZK 6.5 billion. 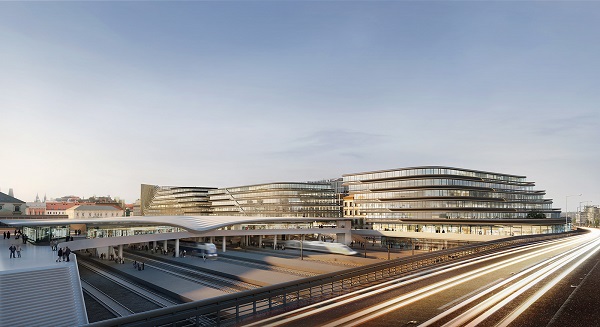 “Since selecting Zaha Hadid Architects' design as the winner of the 2014 competition, Penta has partnered with the city, Zaha Hadid and her team at ZHA to develop the designs to regenerate this site in the capital that has been abandoned for decades into a vibrant new central business district with exceptional public spaces.”

“In collaboration with our partners and the city, we have developed an urbanism for the site which draws inspiration from our analysis of the city and the site's dynamic circulation networks, creating an architectural response that is sensitive to context, unifying in aspiration and contributes to the urban fabric of Prague.”

Retrieved from "https://www.designingbuildings.co.uk/wiki/Masaryk_Railway_Station_regeneration"
Create an article