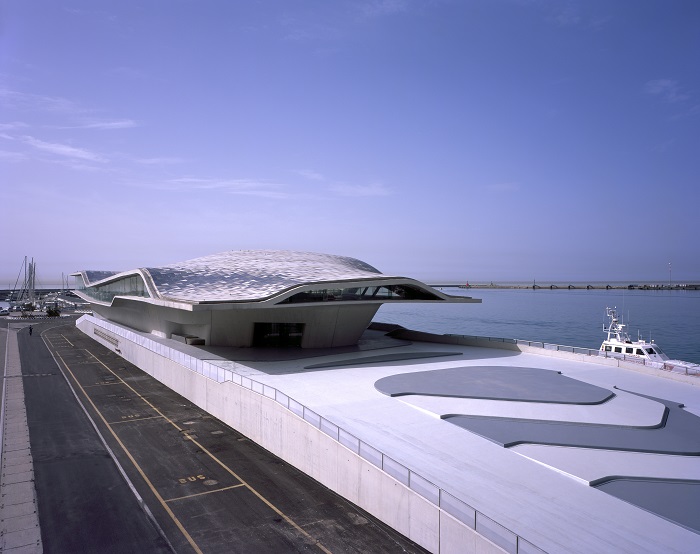 Having announced their intentions to continue in the wake of their founder's death, Zaha Hadid Architects' maritime terminal in Salerno, Italy, was inaugurated on 25 April 2016.

Described by the studio as 'oyster-like', the terminal is located on the public quay that extends into Salerno's working harbour and marina. The design operates, both functionally and visually, as a smooth transition from land to sea, mediating between solid and liquid. 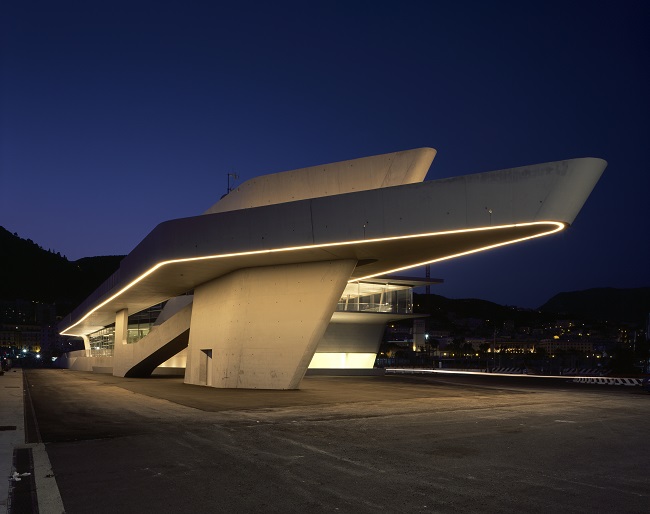 According to the studio, '...the terminal's hard, asymmetric shell protects the softer elements within; sheltering passengers from the intense Mediterranean sun during the popular tourist season.'

Approaching the terminal from the city, the quayside gently rises in harmony with a gradually-sloping path of ramps within the building that take passengers to the embarking level. The interior arrangement of the terminal is made up of a sequence of spaces that flow into each other, organised around focal points such as the restaurant and waiting lounge. 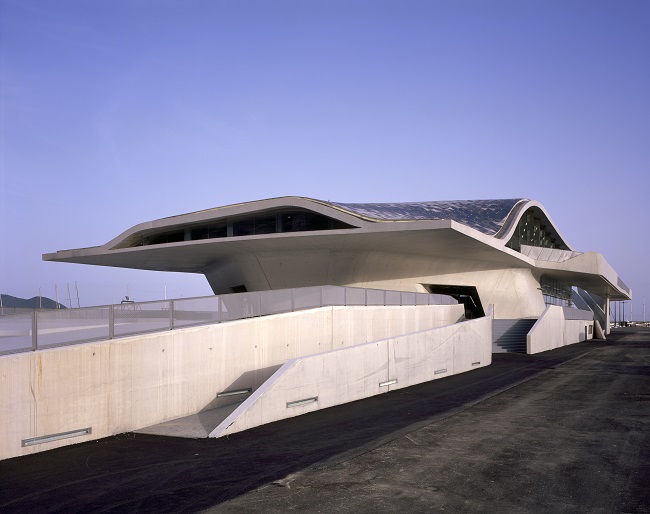 The new terminal is part of the city's long-term urban plan. Zaha Hadid Architects were awarded the commission in 2000, and it is expected the new terminal will increase ferry and cruise ship traffic by 500,000 passengers a year, and will create up to 2,000 new jobs in the city's hospitality, services and retail sectors. 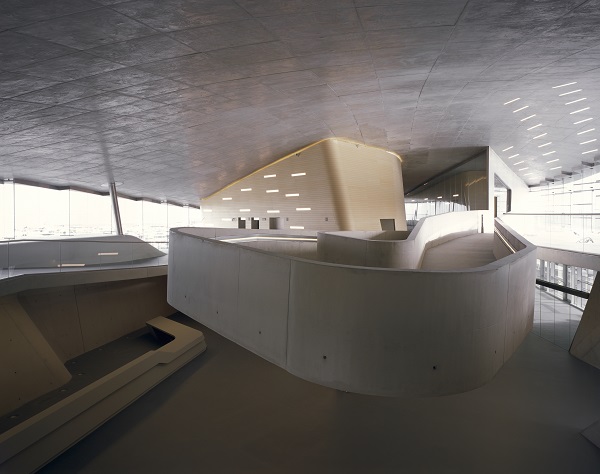 During his visit to the new terminal, Italian Prime Minister Matteo Renzi paid tribute to Zaha Hadid, saying, “This extraordinary work adds to everything Salerno is doing to transform itself and I think it is marvelous. It is also a way of remembering the great architect that Zaha Hadid was.” 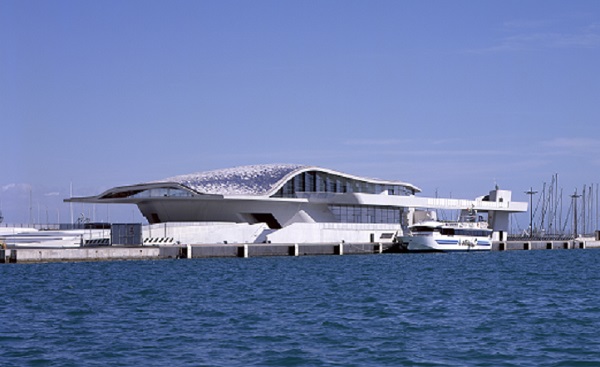 Retrieved from "https://www.designingbuildings.co.uk/wiki/Salerno_Maritime_Terminal"
Create an article