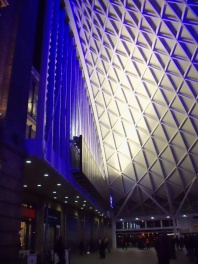 King's Cross station was designed by Lewis Cubitt in 1852 and was the largest single-span structure in Europe. The roof is 105ft wide by 800ft long and was originally supported by laminated timber. However, this was subsequently replaced by steel. (Durant, 2010)

Almost 40 million passengers use King's Cross every year and this number is likely to increase. Redevelopment of the station was announced in 2005. The £400m Plans included restoration of the existing grade I listed building, incorporation of the King's Cross St Pancreas London underground station and a new station concourse that would create an inspiring new entrance to the city. (Arup, 2012)

In 2006, planning permission was granted to redevelop the station and regenerate the surrounding areas, totaling some 8 million sq. ft. The development includes a variety of uses such as a new University and a large amount of public space straddling Regent's Canal. Arguably, this regeneration will create one of the most significant changes to London in 300 years. (Littlefield, 2012) (King's Cross Central Limited Partnership, 2012). This part of the project is expected to continue beyond 2020 and many of the details are still unknown.

The core challenge of the project was to bring the station into the 21st century and provide a futue-proof transport hub suitable for an ever growing city, whilst retaining the original features of the grade I listed building.

There were a number of constraints to the way the development:

The redevelopment of King's Cross was a huge project and incorporated many aspects of civil engineering including project planning, transport planning and pedestrian modelling as provided by Arup. As well as this, geotechnical engineering was involved in the incorporation of the underground aspects of the existing transport network in London. Lighting design and acoustics were also vital and mechanical and electrical engineering services were needed to provide energy, information and connectivity.

[edit] Analysis of the Project

As a system the project can be broken down into a number of different elements and sub elements. 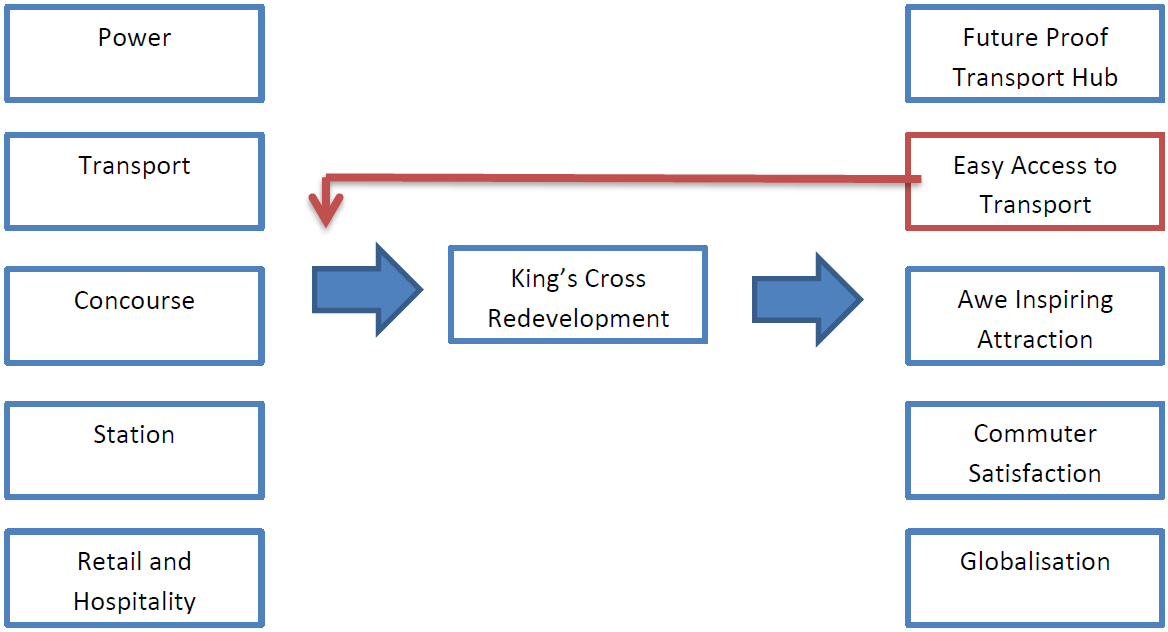 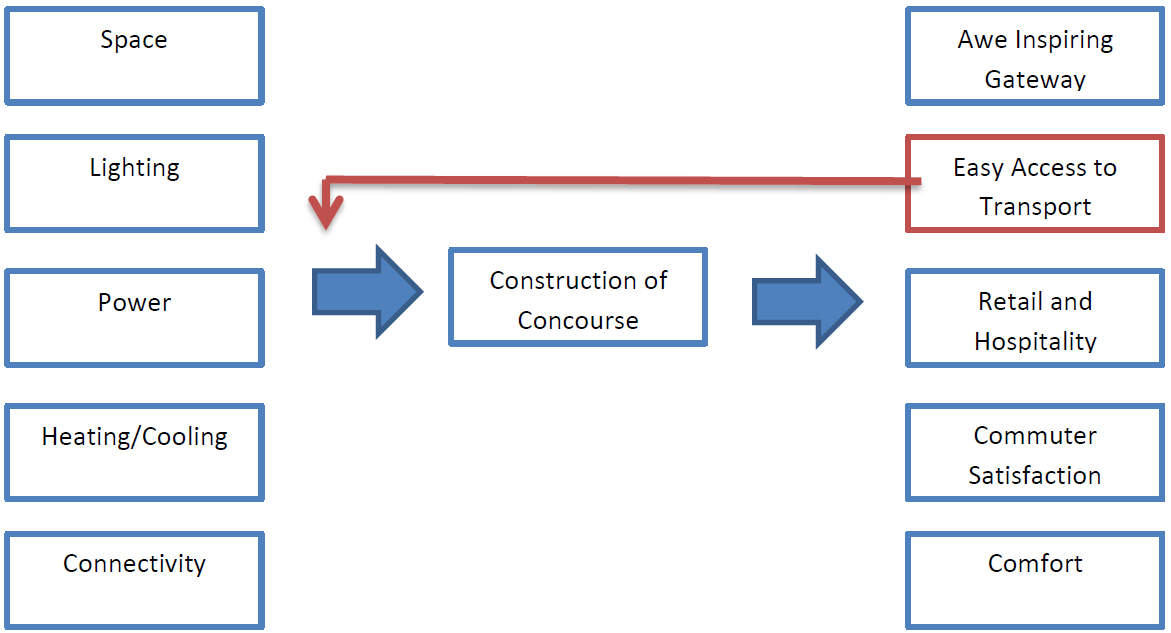 As the project is still on-going, it is difficult to gauge how well it has achieved its goals.

The core challenge of the project was to bring an ageing station into the 21st century and to provide a future proof transport hub, whilst retaining the original features of the building. The project was also required to be complete for the London Olympics whilst limiting disruption to existing services. These goals have been achieved. The new station and concourse was open months in advance of the Olympics and Network Rail claim that not one single train was cancelled during construction (Network Rail, 2012). The new concourse seamlessly incorporates the heritage of King's Cross into an awe inspiring entrance to an improving and expanding city.

Retrieved from "https://www.designingbuildings.co.uk/wiki/King%27s_Cross_Station_Redevelopment"
Create an article