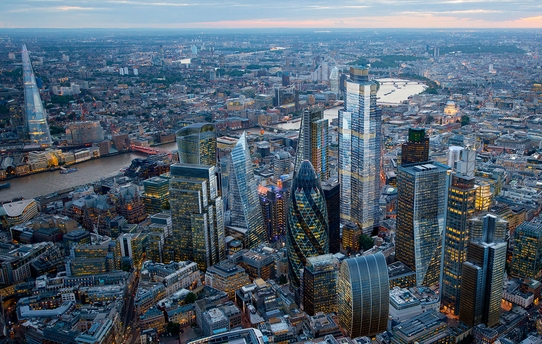 22 Bishopsgate is the site of the former Pinnacle development.

The Pinnacle was designed in 2003 and granted planning permission in April 2006. Construction work started in 2008 but following the credit crunch, was abandoned in 2012, leaving just a seven-storey concrete core construction, referred to disparagingly as 'the Stump.'

The site, at the centre of the City of London’s cluster of tall buildings, was acquired for £300m in February 2015 by developer Lipton Rogers, funded by investors led by Axa Real Estate.

Designs by PLP Architecture showed 1.4m sq. feet of net usable space, in a 62 storey, 278 m tall tower; accommodating more floor-space than the original Pinnacle, but 10 m shorter. A planning application was submitted in July 2015 and was approved by the City of London in November 2015, backed by the then-Mayor Boris Johnson.

Sir Stuart Lipton said: “The Mayor has recognised 22 Bishopsgate as a major contribution to the on-going vitality of the City of London with a distinguished and interesting building that includes a number of new innovations designed to put the health and wellness of people first and which aims to be the first building in London to adopt the new Delos WELL building standard.”

However, the proposals were not without controversy, with the design being been criticised for over-occupying the site and for visually drawing together its neighbouring towers into a single lump.

Progress was delayed following the Brexit vote, but a decision to proceed was finally taken in October 2016, with Brookfield Multiplex expected to be appointed within weeks, and construction expected to start shortly after.

However, planning documents revealed concern about crane heights impacting on aviation safety during construction. Under the consented scheme cranes would have encroached into the 305 m (1,000 ft) safeguarding limit for London City Airport.

In December 2016 a revised planning application was submitted to the Corporation of London, reducing the building height by 23 m. The stepped apex will be cut off to create a flat-top skyscraper. The tower will now be 59 storeys, or 255 m, although the overall area will remain the same as the original plans.

22 Bishopsgate will accommodate 12,000 people and up to 100 companies. It will include a range of ‘common spaces’ where people can eat and meet as well as indoor gardens, quiet areas and interactive spaces. A free-to-access public viewing gallery will be provided at the top of the tower. It has been designed to achieve an ‘excellent’ BREEAM rating.

Practical completion was achieved in December 2020.

Retrieved from "https://www.designingbuildings.co.uk/wiki/22_Bishopsgate"
Create an article