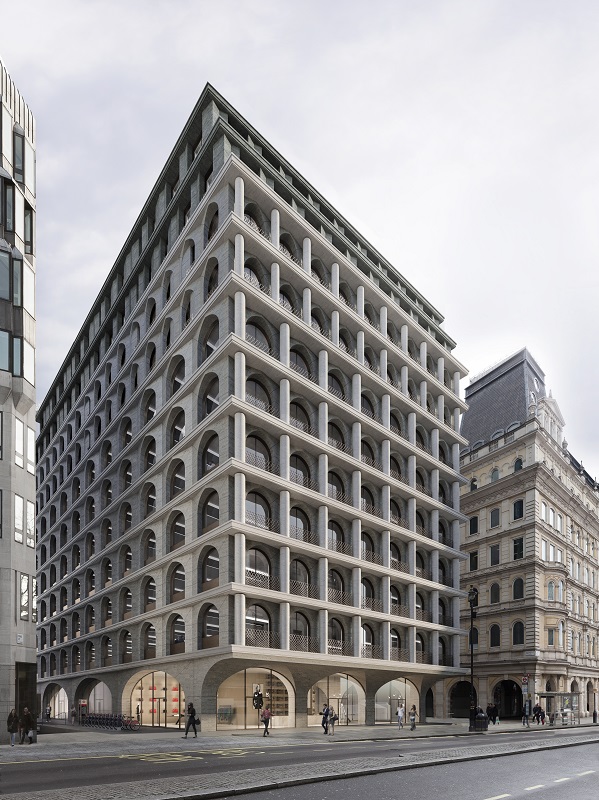 In November 2016, a planning application was submitted for a major new mixed-use development on London’s Strand.

Adjaye Associates and boutique Development Manager, Alchemi Group submitted the application for 5 Strand, which they suggest will make a ‘positive contribution to the character of the Trafalgar Square Conservation Area.’

The development will provide 62,000 sq. ft of Grade A office space along with two retail units at ground level. 26 premier apartments will also be provided, with a concierge-manned entrance on Craven Street. 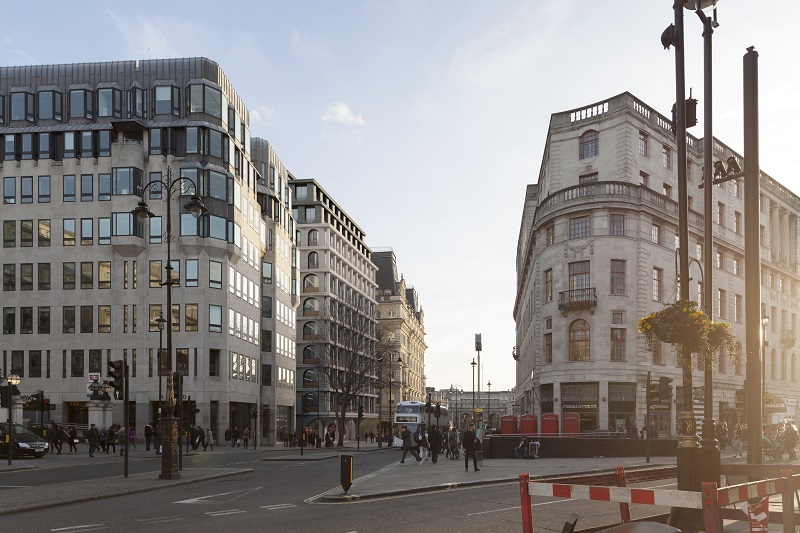 The design of the façade includes the striking use of repeated arches, which can be seen on all sides of the building, as well as on the undercroft. This has been inspired by the recurring arch-and-column motif along Trafalgar Square, the Strand, the Mall and Pall Mall.

On the front, Strand-side, the arches are joined by columns, providing the façade with increased depth and complexity compared to the more restrained side facades. Similar textures and materials – a palette of stone and bronze – will be used to provide cohesion with the 19th and 20th century ceremonial buildings that characterise the area. 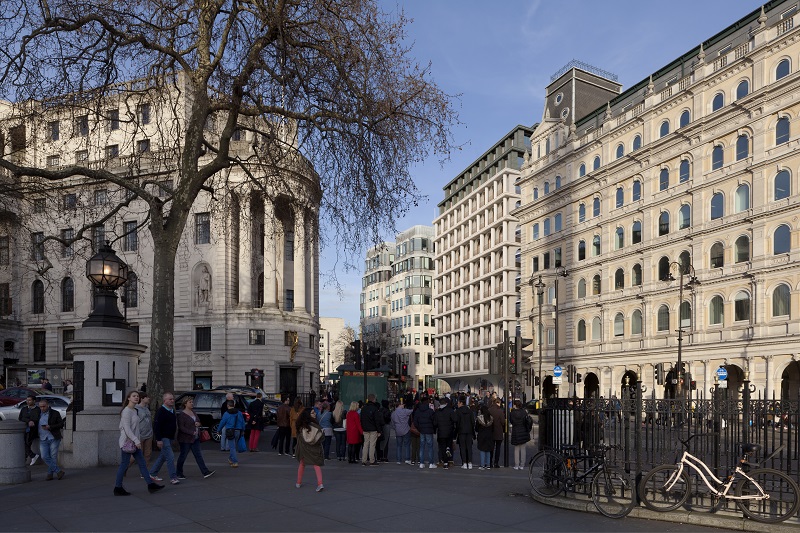 Because of the prominent location of the development, the design was informed by an extensive pre-application consultation process which evolved over a 12 month period. Adjaye Associates consulted extensively with the likes of Westminster City Council, GLA, WCC Highways Department, St James’s Ward, and Historic England.

David Adjaye, Principal of Adjaye Associates, said: “The opportunity to work on the Strand, adjacent to the iconic Traflagar Square, is an immense honour and one that I do not take lightly. My team and I have undergone rigorous investigation into the history and development of this crucial piece of London’s urban fabric. I am very proud of the resulting design, which draws from the architectural rhythms and forms of the context to produce something both modern and contextual, elegant and distinctive.” 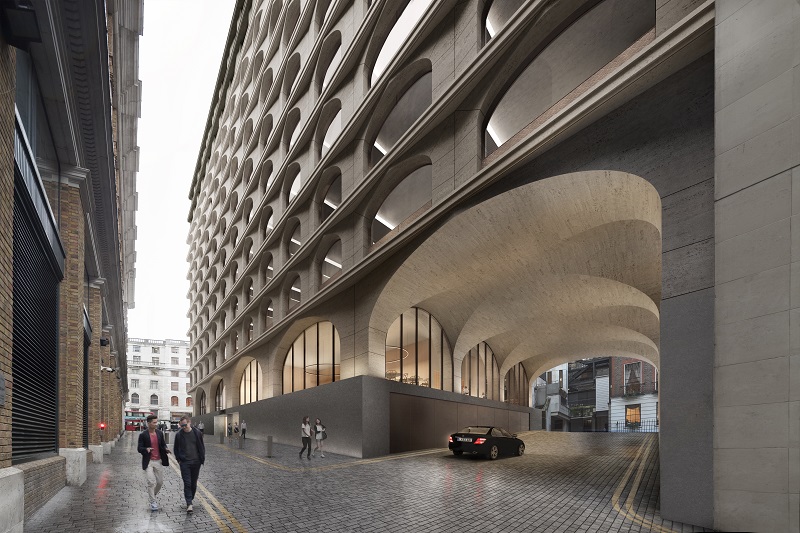 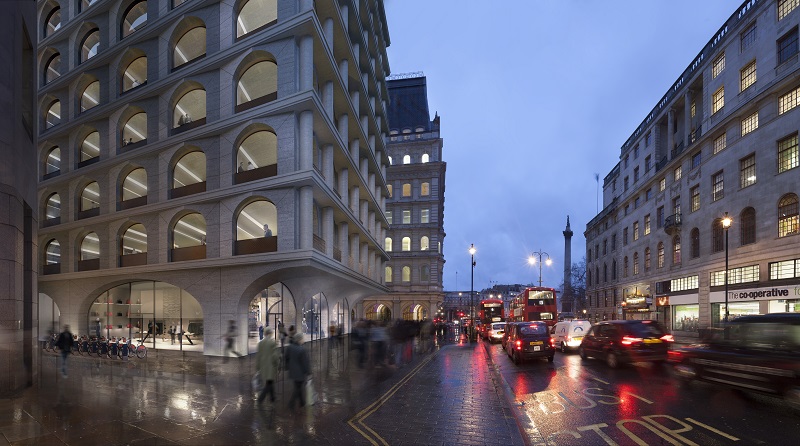 Retrieved from "https://www.designingbuildings.co.uk/wiki/5_Strand"
Create an article