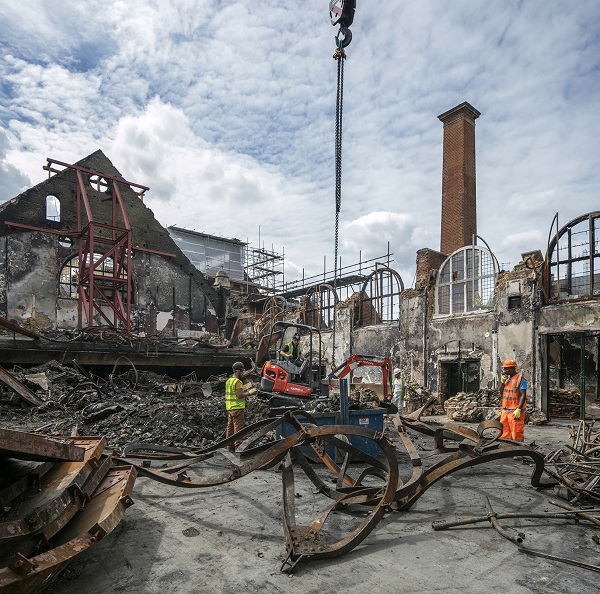 On 10th May 2016, Wandsworth Borough Council granted planning permission for the reconstruction and refurbishment of the Grade II listed Grand Hall at Battersea Arts Centre. The hall had been severely damaged by fire in March 2015.

The design solution for the project has been provided by Haworth Tompkins, a British architectural studio, voted UK Architect of the Year and RIBA London Architect of the Year in 2014. Since 2007, they have been engaged with Battersea Arts Centre in a collaborative project to create a 21st century home for creativity in a 19th century town hall. The Old Town Hall, in which Battersea Arts Centre is housed, is formed of two distinct parts – the Municipal building to the south and the Grand Hall building to the north. As a result of the fire, the upper parts of the Grand Hall were largely destroyed with considerable damage to the remaining fabric, finishes and fittings at low level. The adjacent Octagonal Hall and Grand Hall Bar sustained smoke damage. The Lower Hall level, below the Grand Hall, suffered significant water damage from the extinguishing process, and all areas have since deteriorated more because of their exposure to the elements. The stained glass dome crowning the Octagonal Hall was saved from the fire and the Municipal building was unaffected, reopening after only 26 hours and housing a full programme of activity ever since. 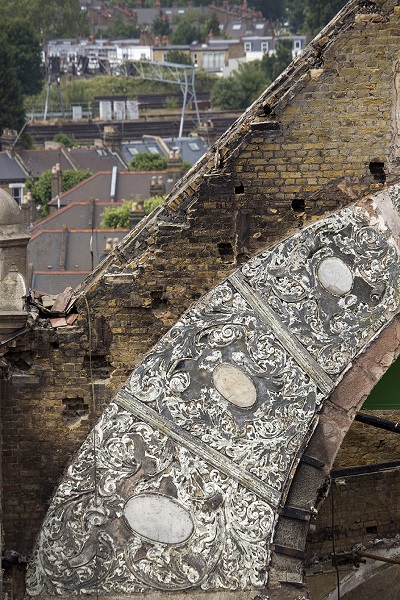 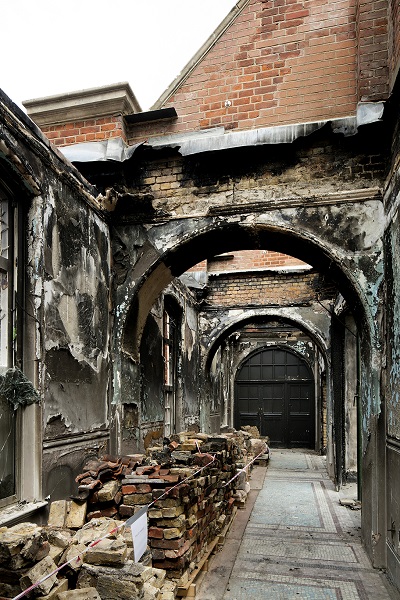 In May 2015, a feasibility study was undertaken to examine the options for rebuilding. The architectural assessment was carried out on the basis of rebuilding the external envelope to match the original with minor modifications.

Internally, the elements of the Grand Hall that have survived the fire will be retained and, where required, refurbished or stabilised; a new timber lattice ceiling, demountable side galleries and a technical gallery at high level will replace lost elements. The organ, largely off-site undergoing restoration at the time of the fire, will be relocated to the balcony.

The Lower Hall level, which had been refurbished before the fire, will also be returned to its pre-fire condition. 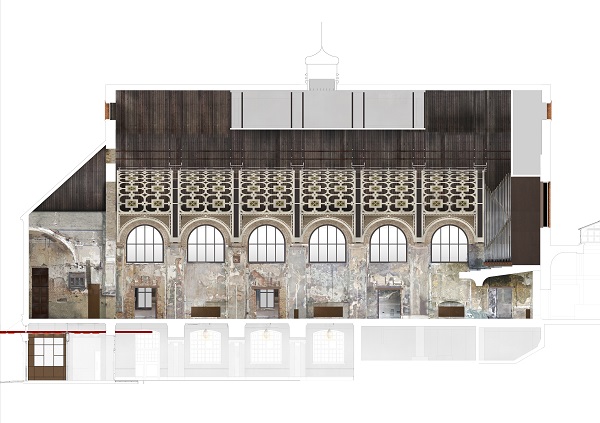 Operationally, the Grand Hall will be significantly improved, allowing for a wider range of events to take place with more efficient transitions between them. The Lower Hall will become a hub housing a curated range of creative start-up businesses. 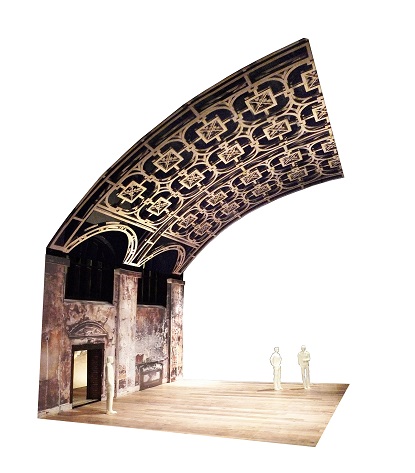 "We took the decision with Battersea Arts Centre to make manifest the changes caused by the fire and to replace lost elements with contemporary material rather than replicas. This approach is integral to our decade long transformation project elsewhere in the building, each phase of which has been architectural mediation between the important listed fabric of the old town hall and the 21st century creative activity that it nurtures."

“As we rebuild the Grand Hall we will use up to 10,000 of the bricks from the original building. The salvage operation and the redesign work has been a huge labour of love. As a result, we will be able to host more diverse events every year, enabling more people to share life-changing moments in this special building.”

Retrieved from "https://www.designingbuildings.co.uk/wiki/Battersea_Arts_Centre"
Create an article