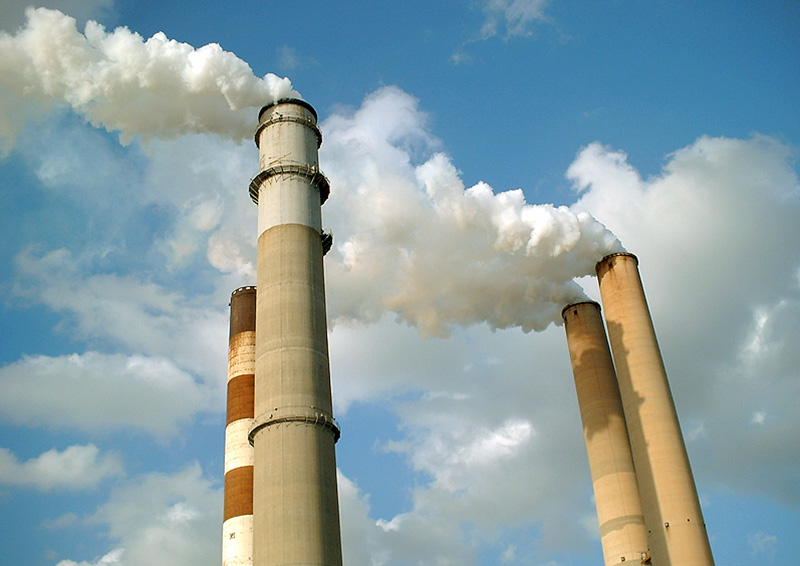 The combustion of fossil fuels produces carbon dioxide (CO2), which is the main greenhouse gas that causes climate change. Carbon capture and storage (CCS) refers to a range of technologies that capture CO2 emissions and then store them permanently so that they do not enter the atmosphere and contribute to climate change.

In summary, CCS is a three-step process which includes:

CO2, when combined with water, can also be utilised for enhanced oil recovery (EOR) by lowering the viscosity of the oil in the well and improving flow rates through the production well bore.

The processes required for CCS already exist, but they have not yet been used together on a commercial scale. Consequently, CCS is still an emerging option that needs further demonstration before it can be considered viable.

It is also essential that the safety of both CCS operations and long-term CO2 storage can be assured with a very high level of confidence. CCS is applicable to both gas-fired combined cycle gas turbine (CCGT) plant and coal-fired stations, but with significantly different techniques.

[edit] Capture techniques and their status

There are two approaches to capturing CO2:

Pre-combustion solutions use coal gasification and reforming of the fuel into hydrogen and CO2. The CO2 is removed before the hydrogen is burnt. This is a proven technology and would be used as part of an integrated gasification combined cycle (IGCC) power station.

Existing post-combustion techniques use solvents to capture CO2 from flue gases. Water-based amines (organic compounds that contain nitrogen as the key atom, similar to ammonia) are already widely used in industry to capture CO2. However, the scale is much smaller than a typical coal power station, so further development is needed to confirm that the technique can be scaled up.

While capital costs are estimated to be similar for these two options, the IGCC approach is less flexible as it requires a more complex set of integrated processes compared to a modern supercritical boiler with flue gas capture.

Conversely, existing solvents are patented to major chemical producers who have no direct interest in power generation, whereas IGCC technology is widely available. To deliver solvent capture technique commercially, there are three key issues that need to be addressed:

A third option is 'oxyfuel' combustion. In this technique, the fuel is burnt in pure oxygen and a portion of the flue gas is returned back to the furnace. This produces a flue gas that is almost entirely composed of CO2, requiring only simple, low cost purification before storage. Oxyfuel is still at an early demonstration stage.

At current electricity and CO2 prices, there is no commercially available solution for carbon capture. Governments are keen to promote national CCS champions who will develop economic solutions, as it has the potential to be a major technological growth area.

Based on the performance of existing (but smaller scale) carbon capture industrial processes, CCS has the potential to reduce CO2 emissions from power plants by up to 90% (Folger, 2013). This offers the opportunity to continue to use extensive world coal reserves for power generation for decades to come.

The Stern Review of the economics of climate change estimated that CCS has the potential to contribute up to 20% of global carbon dioxide mitigation by 2050. CCS could play an important role in making the challenging transition to a low carbon economy.

However, as of 2014 only one industrial plant has become operational (Boundary Dam Station, Canada, with 110 MW capacity). Its process is made economical by the sale and disposal of CO2 into nearby oil fields to enhance oil recovery.

The full costs of CCS, when developed on a large industrial scale, would include reduced efficiency in the process, additional costs for pipeline transport over larger distances and the safe compression and disposal of CO2 into dormant underground reservoirs such as gas fields. These factors could lessen the overall reduction in CO2 for the combined process to significantly below 90%.

The Royal Academy of Engineering has drawn on a number of recent studies to compare the costs of low carbon generation, giving the range of levelised costs of CCS in coal stations as £105-140 p/MWh, and for gas, £105-115 p/MWh (RAEng, 2014). These figures can be compared with conventional CCGT costs of £60-100 p/MWh. The cost ranges are also similar to estimates for some other low-carbon or renewable sources.

CCS raises a number of serious safety concerns. CO2 is not toxic but it is heavier than air – consequently any escape has the potential to displace air and pose an asphyxiation hazard to people and the environment. There are also risks from any escape into the marine environment.

Storage of CO2, whether underground or subsea, has a risk of a major release associated with it. Every proposal for long-term storage will need to be fully characterised and risk-assessed.

The transit storage and transport of captured CO2 to the ultimate disposal site is most likely to use pressurised vessels and pipelines, deploying a similar technology to liquid natural gas operations. Appropriate guidance on the routing and design rules for pipelines will be essential.

The UK Health and Safety Executive has carried out a number of studies of safety issues arising from carbon capture and storage and these are available on its website.

The British Geological Survey is researching safety and other aspects of geological storage of carbon dioxide and provides an extensive range of reference material on its website.

The environmental impacts of CO2 releases direct to air are similar to the impacts on human safety and reasonably straightforward to quantify. There is less understanding of:

These areas are the focus of current research. A comprehensive report published by the International Energy Agency (IEA), Environmental Assessment for CO2 Capture and Storage, sets out all the potential environmental impacts of CCS in detail. The IEA also provides regulatory reviews of CCS.

The extraction, handling and underground storage of natural gas has many similarities to the CCS process and has been managed largely without incident for many decades, providing an immediate source of data and information on the mechanisms for uncontrolled releases.

In order for CCS to be widely adopted, a number of key regulatory requirements must be met including:

There are a number of other introductions to and discussions of CCS:

This article was originally published here by ICE in November 2014. It was written by Ben McAlindon.

"The combustion of fossil fuels produces carbon dioxide (CO2), which is the main greenhouse gas that causes climate change."

This statement is factually incorrect. The main greenhouse gas is water vapour, which is much more abundant in the atmosphere.