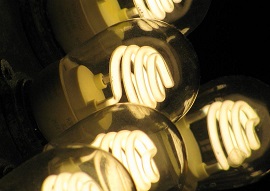 In November 2016, the Department of Business, Energy and Industrial Strategy, together with Ofgem, launched their much-delayed electricity storage consultation. However, in the long wait since it was first mooted it has picked up some other facets.

The intention is for the consultation to help decide how the Government and the regulator can make the most of innovation and new technologies in designing the future electricity system to create the right environment for consumers to benefit from a smarter, more flexible energy system.

While the consultation uses the usual phrases like ‘flexibility’, ‘smart’ and ‘disruptive’, beneath this there appears to be a recognition not only that storage – and the electricity system – should be looked at as a whole but also that it interacts with other infrastructure sectors.

ICE has been arguing for the greater deployment of electricity storage for some time, seeing it as not so much a technical challenge but as a policy problem. This is because of the need to consider the electricity system as a whole, particularly with increasing electrification of heat and transport.

Putting new storage on the system would keep it in balance by addressing peaks and troughs in demand but in doing so it would also affect generators and distributors, aggregators and interconnectors, all in different ways.

Similarly, the recently published ICE-led National Needs Assessment, which examines the drivers of demand on infrastructure networks – such as economic and population growth, technological and climate change – stresses the importance of interdependencies, predominantly around energy, transport and digital infrastructure.

There are two opposing forces at work. The electricity system itself is becoming more disaggregated. The days of one-way flows from large generators to the consumer via the transmission and distribution grids are slowly fading. They are being replaced by multiple smaller-scale generators, often intermittent and often at long distances from demand centres.

As a consultation dedicated to electricity storage was expected near the beginning of 2016, it came as an initial surprise and disappointment to wait so long to find out storage was lumped in with so many other aspects in a 100-page call for evidence. On reflection, however, the way the consultation has been put together makes sense in that it recognises the interconnected nature of the electricity system.

While this is positive, it would be better if it went further and paid more attention to how electricity generation and supply has increasing interdependencies with other energy sectors, most notably heat and transport.

This article was originally published here by ICE on 6 Dec 2016. It was written by Gavin Miller, ICE Policy Manager.

Retrieved from "https://www.designingbuildings.co.uk/wiki/Creating_a_smarter,_more_flexible_energy_system"
Create an article