Is hydrogen the heating fuel of the future? 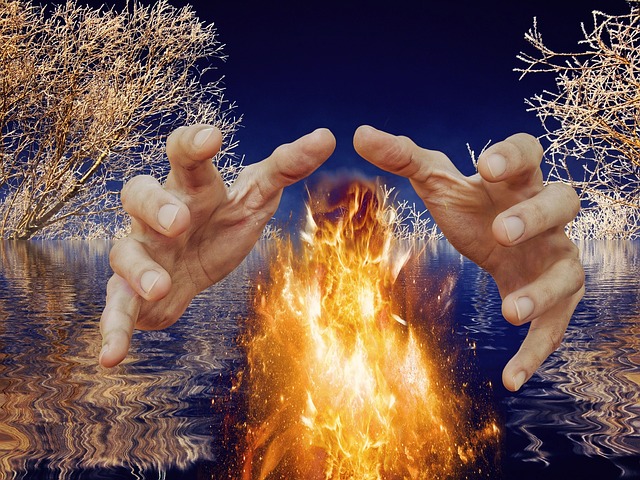 The UK is legally bound to reach net-zero carbon emissions by 2050. We are making some achievements as a nation in this area, with energy consumption in the UK having dropped by 12% overall since 2000.

Since the turn of the millennium, there has been an increase of 14% in the number of households and an increase of 13% in the population. In the same timeframe, household energy consumption has fallen by 23%.

This gives some hope that we are moving in the right direction, but it is arguable that much of this improvement came because of behavioural changes driven by awareness. To move further, we will need to invest in new technologies and develop appropriate regulations.

On the regulations side, Part L is being reviewed and there is a 2025 date for the new future homes standard that will require homes to have 75-80% lower carbon emissions.

On the technology side, we understand the benefits of heat pumps, hybrid systems and district heating. Hydrogen keeps coming into the spotlight, but its deployment at scale is still far from certain.

On the surface, it seems that hydrogen is the ideal gas for use at the point of combustion, i.e. in homes and businesses. This is largely because hydrogen has been identified as a carbon-free “green” gas.

There are a few considerations to be made as hydrogen burns with no colour or visible flame, so special technologies need to be employed to confirm ignition in a boiler.

Also of note is that to cook with hydrogen or to have a hydrogen gas fire, it is necessary to “add colour” to the flames for safety purposes. There is the safety issue of storage, however methane or natural gas are also potentially explosive, so it is rightly assumed that storage issues can be overcome.

On the product side, when considering heating, 90% of the components in a traditional boiler can be transferred to a hydrogen boiler; we already see “hydrogen ready” boilers being announced. So why is the approach to hydrogen as a heating fuel of the future so cautious?

Life cycle analysis looks at the whole process of creation and operation of an asset, be it a collection of systems comprising a whole building, or an individual system such as a heating system or a component such as a boiler. Hydrogen has very low scope 1 emissions (direct emissions from fuel combustion on-site). However, whilst it has been identified that hydrogen is abundant; it is not readily available. This means that we need to create the gas to use it.

To date, there are three accepted ways of making commercial volumes of hydrogen. The colours used to describe them indicate the impact hydrogen production has on the environment.

Blue H2 relies on the creation of hydrogen by gasification of methane in combination with steam. This has the by product of large amounts of carbon, usually in the form of carbon dioxide gas.

These large quantities of CO2 gas need to be captured and sequestered. Sequestration is usually achieved by “hiding” the CO2 in old mines fissures, and other underground spaces such as depleted oil wells – so-called: carbon capture and storage (CCS) technology.

Brown H2 is created with a process called electrolysis, where electricity is used to essentially split water into a couple of hydrogen atoms and an oxygen atom. “Brown” colour relates to the traditional ways of producing electricity from fossil fuels.

To create one kilogram of hydrogen approximately 55 kWh of power is required. This is an amount that would comfortably power all but the largest of houses for a day or two.

It also requires 9 litres of water to produce 1 kg of hydrogen. Hydrogen has useable energy of about 33.6 kWh per kilogram, so more energy goes into making it than it can offer.

Green H2 is created using the same processes as brown H2, but with one crucial and potentially changing factor. Green H2 is made with renewable energy.

Some forms of renewable energy are more available when we do not need them. For example, there is more potential for electricity production via photovoltaic cells in the summer, but we need more lighting and heating in the winter.

It may be possible to “make hydrogen when the sun shines” and then store the gas for later use. This will of course require an infrastructure to store and distribute the gas, and if the storage is done with liquid hydrogen to save on space, we may again be looking at massive energy consumption to at least create, if not maintain, the required sub -253-degree temperatures of liquid hydrogen.

With the meteoric improvement in battery technology that we are seeing in symbiosis with the development of electric vehicles, the storage of green energy may be achieved in a less wasteful and more efficient way.

This is really the crux of the issue. A life cycle analysis of the situation will show that we are essentially outsourcing the problem: by reducing scope 1 emissions at the point of use, we are greatly increasing scope 2 emissions (those created during the production of the energy, in this case in the form of hydrogen, used on-site).

This sort of overarching thinking needs to be applied industry-wide and not just on our heating sources. We are often subjected to capex decisions that have negative opex implications. Recognition needs to be given to the long-term investment that buildings are. One way of achieving this is to conduct structured studies such as life cycle costing or life cycle assessments.

These studies support informed choices based on desired outcomes. They can be conducted individually to focus on energy, carbon emissions or cost, or can be conducted in combination and the outcomes weighted and amalgamated to find a chosen balance for the business.

In summary, hydrogen production at a commercial scale poses challenges, and more work needs to be done to ensure its viability from both a cost and environmental perspective. At the point of use, hydrogen has a very low impact on the environment.

There are ongoing studies showing that we can add 20% H2 to our existing gas networks now with no further changes required, however, this will only reduce our carbon footprint at the point of use and may increase our overall negative impact on the environment.

To ensure that the reduction of carbon footprint is achieved along the whole value chain, the life cycle approach is very helpful.

This article originally appeared on the BSRIA website under the headline, 'Hydrogen for heating: The fuel of the future?' It was published in May 2021.

Retrieved from "https://www.designingbuildings.co.uk/wiki/Is_hydrogen_the_heating_fuel_of_the_future%3F"
Create an article