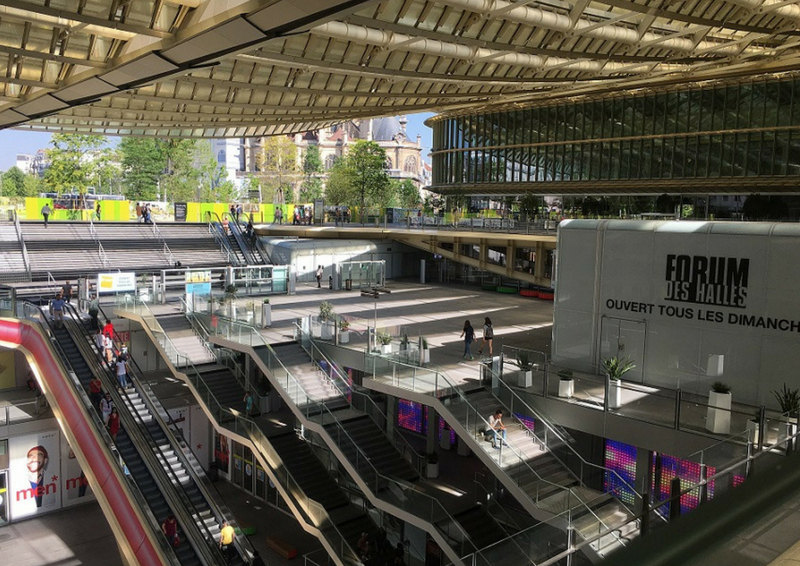 The use of underground space, or rather its' lack of use in our cities fascinates us.

There is so much that can be done below the surface of our cities. Humans have been exploring the planet since the advent of humanity - from Neolithic flint mines to water tunnels in Roman times.

During the Industrial Revolution, humankind discovered how to excavate tunnels mechanically. Travelling through inhospitable mountain ranges with newly invented steam engines led to a transport infrastructure still in use today.

[edit] Below the surface of cities

We can get it right but also horribly wrong. Many interventions below the surface were abandoned after the resources being excavated ran out.

Throughout the world, we can find disused salt mines, copper mines, steel mines and coal mines. It was either depletion of the resources that stopped the activity or the lower cost of production elsewhere.

Most recently we can see the Netherlands cutting its extraction of natural gas to zero due to the human-induced earthquakes. Many of these activities have been covered and are forgotten, trapped in time and underground space for posterity. Others are given a new lease of life as part of renewable energy systems.

[edit] The underground is an undervalued and precious asset

We genuinely believe underground space has a role to play in the future of our cities. The exciting thing is that there always seems to be a certain duality when it comes to underground space.

It can be an asset in providing urban areas with additional space when surface space runs out. It can be a foe when forgotten interventions cause sinkholes in urban areas. It can add quality to the urban fabric if done right.

It can also quickly become an urban service layer by placing all uses that require no daylight or that we would hide from sight - below the surface.

The most complicated and least understood aspect remains the fact that the subsurface, depending on the type of geology, delivers ecosystem services that are key to human survival.

This aspect causes the duality between exploitation and conservation. It means that neither a strategy of total exploitation nor total protection is going to lead to sustainable development of the subsurface. The balance between humanity and nature needs to be struck below the surface as much as above the surface.

We recently wrote a book ‘Underground spaces unveiled: planning and creating the cities of the future’ aimed at a broad multidisciplinary audience, giving an in-depth overview of the subject.

Our book is about the future of humanity and its survival. It's about exploring underground space the way we explore outer space. The rationale is the same; the difference is we don’t have to leave this planet to do it. And we can reap the benefits a lot sooner.

The past seven years have seen us travel the world and give presentations, host sessions, take part in workshops and provide training classes.

We felt there was a need to explore this topic in a book and make more people aware of the potentials of underground space.

By unveiling underground spaces to a broad audience, we highlight the advantages it can bring to our cities, but also the potential risks if we don't pay attention to it.

We hope that urban planners, policy makers and decision makers will take to heart what we write. The future of our cities could well depend on planning the use of underground space in a comprehensive manner.

Only then can we be sure that use is made where possible, delivering the most significant contribution to our cities. At the same time, planning will allow to safeguard and protect valuable ecosystem services and avoid interventions.

We believe in an urban underground future, offering as yet untapped potential. Underground space will become vital for our survival in that it offers heat for energy and storage for water.

It provides shelter, and the ability to create connections that bypass obstacles that we have created on the surface. As such, it allows for efficient, straight-line networks, minimising distance and maximising connectivity.

It requires imagination, it requires adapting legislation, and it might need more-advanced and faster technologies.

But in the end, it is our belief that the uses of underground space will prove to be as disruptive, as challenging initially and as successful as PayPal, Tesla, Uber, Airbnb, Hyperloop, Space X, etc.

This article was originally published here by ICE on 30 July 2018. It was written by Han Admiraal and Antonia Cornaro.

Retrieved from "https://www.designingbuildings.co.uk/wiki/Underground_space"
Create an article