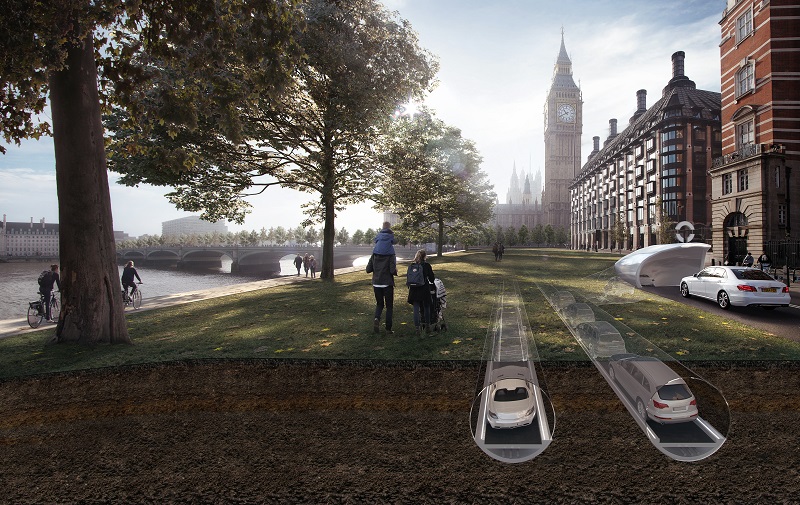 The concept has been promoted as a ‘pioneering mobility solution’ which combines two existing modes of transport, automated electric cars and mass transit, into a single, seamless underground road system. 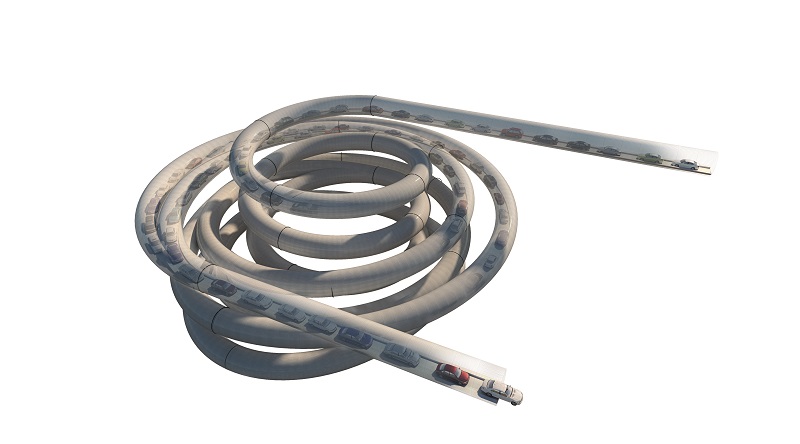 CarTube uses a network of small bore tunnels to integrate existing motorways. A dynamic platoon system controls automated cars which circulate above and below ground, allowing them to move within milliseconds of one another.

Far greater capacity could be provided, in comparison with conventional public transport, by allowing cars to travel in a continuous flow at a steady speed without slowing down. 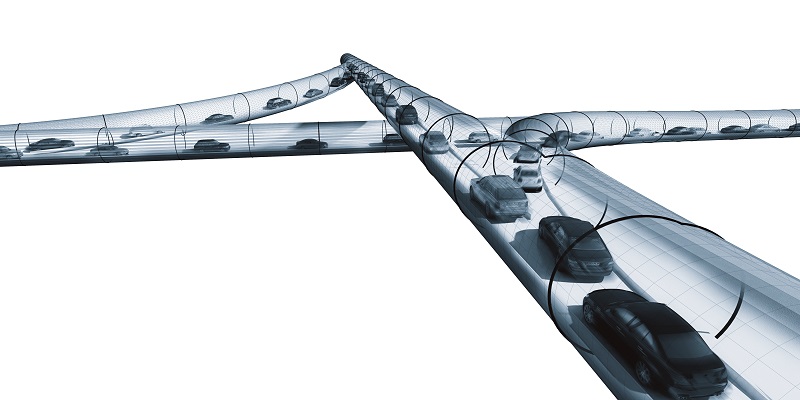 According to PLP’s research, CarTube will typically double transport capacity for the same investment as conventional mass transport and reduce travel time by 75%.

Users will be able to book a CarTube trip through their smartphones using either their own cars or public cars. The CarTube app will calculate a fare and an estimated arrival time based on an optimal route through the network. The whole journey will be point-to-point, without any transfers or stops. 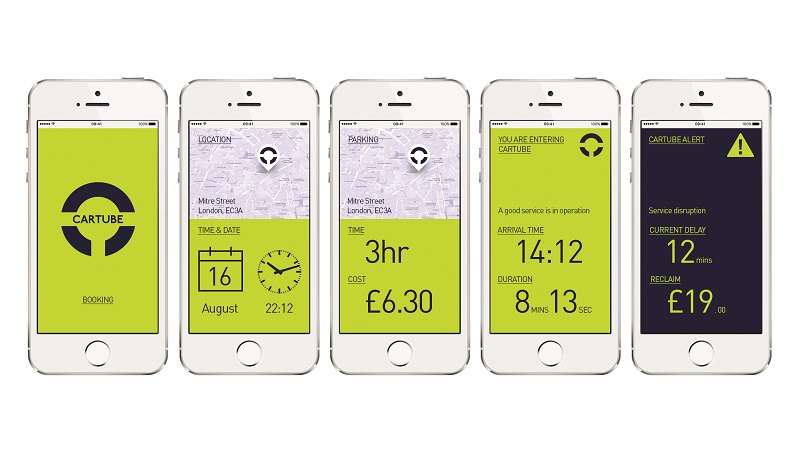 “CarTube is a direct response to mass transit and traffic congestion in the world’s largest cities. Moving high-speed car traffic below ground will revolutionise our concept of the city, allowing our urban spaces to be designed not for cars, but for people. CarTube has the potential to be the next best thing to teleportation and will revolutionise exiting cities and allow for unprecedented urban forms.”

For more information, see Tired of the commute? It might be time to take cars underground.

This will not work because of these reasons, If there is a breakdown inside the tube the breakdown will cause a big traffic jam in the tunnel and it will be difficult to remove the car if needed, this is the same for a car crash.

Also if there is a crash the heat underground will eventually if not helped quick enough, there shall be a possibility of death. I may be wrong about all this but in London a tube broke down a few years back and the heat nearly killed the occupants of the underground train.