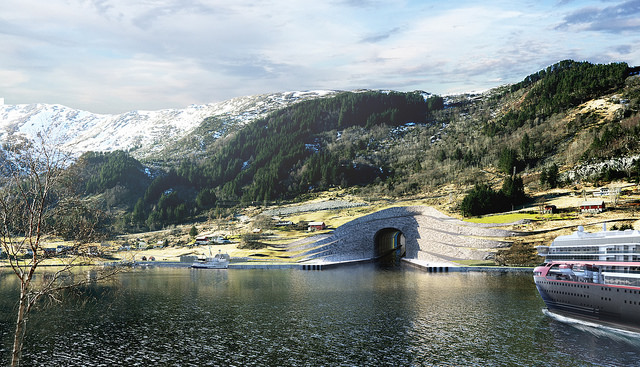 In April 2017, plans were given the go-ahead for the Stad Ship Tunnel in Norway; the first of its kind in the world. The project is part of the Norwegian National Transport Plan 2018-2029, smoothing the way for the Norwegian Coastal Administration (NCA) to begin development work.

The Stad sea is the most exposed and dangerous part of the coast of Norway. Particularly complex and unpredictable navigational conditions are created by the combination of currents and subsea topography. This causes very high multi-directional waves, which can continue for several days after heavy wind has abated. 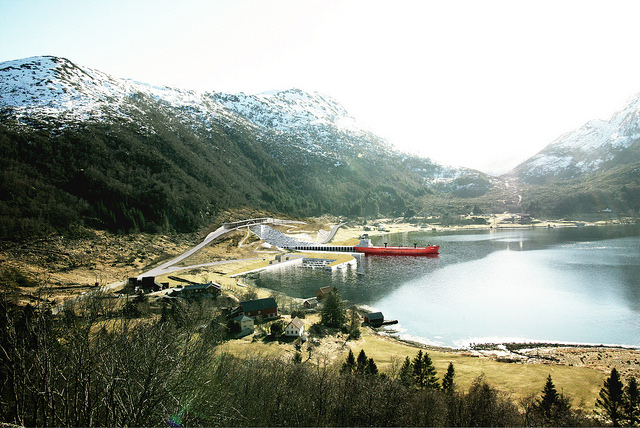 It is anticipated that the tunnel will reduce the risk of accidents, strengthening the region’s industrial and commercial activities, and making the voyage safer for passengers and freight.

Studies conducted in 2000/01 and 2007/08 analysed a range of cross-sections and routes for the tunnel. The final design crosses the narrowest point of the Stad Peninsula, with waters that are sufficiently shielded to allow shipping to use the tunnel. 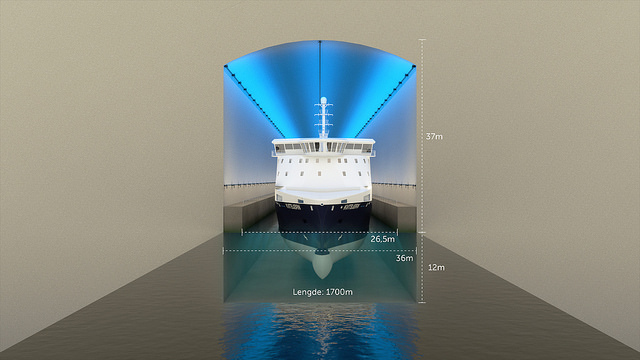 The tunnel will be 1.7 km long, 37 m high and 26.5 m wide. The tunnel’s upper part will be run as per conventional road tunnel. Once that is complete, construction will progress downwards, layer by layer, in a process known as pallet blasting. Thresholds will be placed at both ends of the tunnel to enable dry tunnel operations.

In total, approximately 3 million cubic metres of rock will be removed by vehicles and large barges. There is a plan to establish a new landmass and expand existing areas of neighbouring municipalities with some of the removed material. 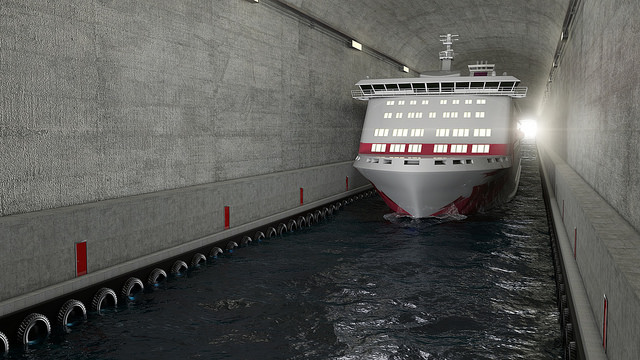 The estimated cost of the project is NOK 2.7 billion. There are optimistic predictions that the tunnel could be complete and open for shipping by early-2023. However, the project must first undergo a process of quality assurance and detailed cost estimates before being presented to the Norwegian parliament to approve funding. With parliamentary approval, construction work could begin in 2019.

Retrieved from "https://www.designingbuildings.co.uk/wiki/Stad_Ship_Tunnel"
Create an article