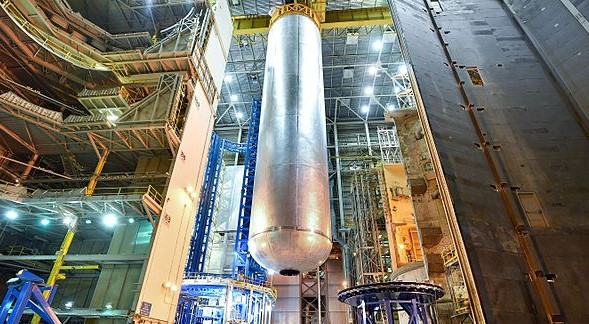 Hydrogen is set to be a mainstream fuel for heating, power generation, transport and chemical manufacturing. Prem Mahi of Mott MacDonald says civil engineers and regulators need to start planning for its adoption now.

[edit] The promise of hydrogen

Hydrogen is going to be one of the major fuels of the future. It is well known that hydrogen will help to tackle climate change by meeting global targets to reduce carbon dioxide emissions. A momentous shift from a carbon economy to a hydrogen economy will be needed within the next 10 years to meet the emissions reduction targets being proposed by governments and industry.

The shift will happen because hydrogen is an extremely flexible energy vector that can meet many of society’s needs including replacing carbon-based fuels with hydrogen-based ones for heating, power generation and transport, as well as for the production of chemicals. Its flexibility lies in its ability to be generated, stored and transported in bulk as a gas or liquid, or combined with a carrier for safe transportation.

Hydrogen can also be converted to net-zero carbon-based liquid fuels such as e-diesel and e-kerosene.

Today there are three main types of manufactured hydrogen.

Grey: hydrogen produced by steam reforming of natural gas where the by-product, carbon dioxide, is released to the atmosphere.

Blue: as above but the carbon dioxide by-product is captured and utilised or stored in depleted gas fields, generally offshore.

Green: hydrogen produced using power from nuclear or renewable sources in an electrolysis plant to split clean water into hydrogen and oxygen, or using advanced conversion methods such as photocatalysis.

Once hydrogen is produced, it can be transported as hydrogen gas or as a chemical, such as ammonia.

In a further measure of its flexibility, hydrogen can be generated on site next to the energy supplier, such as a nuclear power station, offshore wind farm or solar plant. Alternatively, it can be generated at each service station for transport, or in a catchment area with a cluster of hydrogen fuelling stations for lorries, trucks and trains.

Another key development is the potential production of green liquid fuels from hydrogen. This requires green hydrogen reacting with carbon dioxide captured from biomass plants or through direct air capture to extract the carbon dioxide.

The technology exists for the production, transport and storage of hydrogen as well as the production of liquid fuels, and the industry is almost ready to go. Some refinement work is needed to scale up production from electrolysis and to re-purpose the existing gas transmission and distribution networks.

As of 2020, the main obstacle is a lack of policies and regulations. In the UK, the Health and Safety Executive and other regulatory bodies need to publish regulations and standards for all aspects of hydrogen value chain. A suite of national policies and directives that set out government guidelines on taxation, carbon and hydrogen pricing, climate change levies, funding models, subsidies, government risk taking and phasing out natural gas boilers and fossil fuel-based transport is also required. Furthermore, a global understanding of hydrogen pricing is needed for nations to remain competitive.

Until such policies and regulations are in place, development work on projects cannot progress much further. Many energy-related organisations are spending their own funds on development so as to be project ready and to safeguard their future operations. However, investment is limited in an uncertain regulatory environment.

Some governments have provided funds to kick-start demonstration projects while they finalise their hydrogen strategies, policies and regulations. These include Germany, the Netherlands and the UK. More governments are likely to follow.

The shift to hydrogen must be soon. If not, the global 2040−2050 net zero targets for carbon dioxide emissions could be just be more hot air.

NOTE: This article is based on the authors’ briefing article in November 2020 (173 CE4) of the ICE Civil Engineering journal.

This article originally appeared on The Civil Engineer Blog portion of the ICE website under the headline, 'Hydrogen: why we need to start planning now'. It was written by Premi Mahi, Civil engineer, Mott MacDonald and published on 9 November 2020.

Retrieved from "https://www.designingbuildings.co.uk/wiki/Planning_now_for_hydrogen"
Create an article