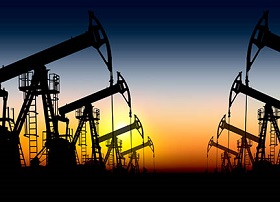 Fossil fuels, contain energy that originated in photosynthesis. They can be burnt in air, or oxygen, to provide heat, which can be used directly, or converted into energy such as electricity. The Industrial Revolution drastically increased the consumption of fossil fuels to the contemporaneous point where levels are widely considered to be unsustainable, hence the drive for large-scale up-take of renewable energy sources.

Types of fossil fuel extraction, such as shale gas, have intensified the debate over whether or not modern and intensive methods should be employed for the further exploitation of non-renewable energy sources.

Burning fossil fuels produces carbon dioxide (and other pollutants) which is a greenhouse gas and so contributes to climate change.

NB Climate Emergency Design Guide: How new buildings can meet UK climate change targets, published by the London Energy Transformation Initiative (LETI) in January 2020, defines a fossil fuel as: 'A natural fuel such as petroleum, coal or gas, formed in the geological past from the remains of living organisms. The burning of fossil fuels by humans is the largest source of emissions of carbon dioxide, which is one of the greenhouse gases that allows radiative forcing and contributes to global warming.'

Retrieved from "https://www.designingbuildings.co.uk/wiki/Fossil_fuel"
Create an article

Fuller’s legacy in the field of resource management.