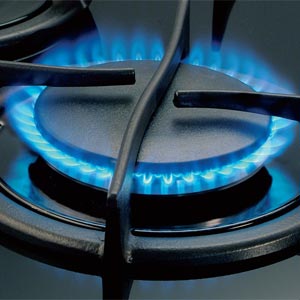 Mains gas is the natural gas that is distributed to buildings through a pipeline infrastructure. In the UK, mains gas is supplied to more than 21 million homes and is the most popular fuel for heating and cooking.

Natural gas is mainly methane (CH4), but it also contains ethane, propane and some heavier hydrocarbons as well as small amounts of nitrogen, carbon dioxide, hydrogen sulphide and traces of water.

The National Grid undertake safety checks on all gas being received in their reception terminals, and add an odoriser to enable leaks to be detected by smell as it's colourless, tasteless and odourless.

It is the responsibility of the National Grid to ensure that the gas leaves the transmission system and enters the distribution networks at high pressure, where it is then transported through various reducing pressure tiers until being delivered to the end user. The UK has 8 regional distribution networks, of which 4 are owned by the National Grid, and the other 4 by separate companies.

The main elements involved in mains gas are:

Around 15% of people in the UK are not connected to the mains gas grid, which can mean that their heating options are limited and therefore relatively expensive (sometimes twice the cost of a mains gas supply).

Some of the alternatives to mains gas include:

Retrieved from "https://www.designingbuildings.co.uk/wiki/Mains_gas"
Create an article