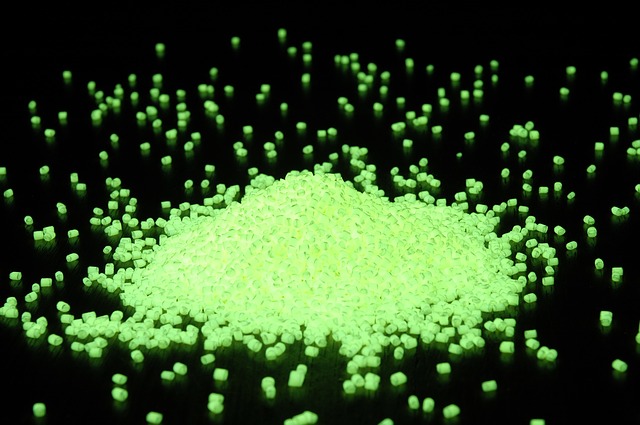 In the first in the series of ‘Big Idea’ blogs from ICE, apprentice civil engineer Sarah Curran suggests that ‘glow in the dark aggregates’ could be a stepping stone to reducing energy consumption.

The scientific evidence is concrete - climate change caused by an increase in carbon in the atmosphere is one of the biggest challenges facing humanity today. Whilst it is comforting to think that a ‘light bulb’ moment will happen which will solve the greenhouse gas problem, the answer to this existential crisis will be achieved by smarter use of resources.

Everyone has a responsibility to play their part to reduce greenhouse gas emissions so that each country can meet the initiatives they have signed up to (such as the United Nations Sustainable Development Goals, Kyoto Protocol, Paris Agreement and in the case of the UK, to be carbon neutral by 2050).

The challenge for the construction industry is for civil engineers to put decarbonisation at the heart of new developments and to fully embrace the latest scientific advances. According to a 2005 study by University College London (UCL), approximately 3.14 TWh of electricity resulting in 1.32 megatons of carbon dioxide emissions were caused by lighting points on streets in the UK. Imagine utilising the energy available from mother nature to light the roads and pavements for free, reducing or removing the need for street lighting and the associated emissions.

Glow-in-the-dark aggregates could be a stepping stone to reducing energy consumption. The aggregates in this special type of concrete absorb ultraviolet radiation emitted by the sun during the daytime. After sundown, the aggregates start to glow, releasing the energy stored earlier during the day.

This treatment is a suitable coating for solid base surfaces on materials including tarmac, concrete and timber. As glow-in-the-dark aggregates come in a range of luminous colours and sizes, this innovation could be used to replace chalk or paint used for road markings and to reduce the need for street lighting in highways engineering. The aggregate also has an extremely long lifetime performing at around 60% luminescence after 20 years.

A trial of this application has been conducted on a pathway in Christ’s Pieces, Cambridge. The application process was extremely quick and easy; 150 m² of pathway was sprayed in 30 minutes and the surface was ready for use within four hours.

Phosphorescent cement offers a similar solution to glow-in-the-dark aggregates. It could be used to illuminate surfaces such as highways, bike paths or buildings without using electricity.

Taking the same materials used in cement manufacture and applying certain additives, scientists have been able to modify the optical properties of cement in concrete by making a non-crystalline microstructure similar to glass which allows partial entry of light inside. This made the materials phosphorescent rather than opaque,

The phosphorescent materials absorb energy such as ultraviolet light emitted by the sun and later emit it as light that can be seen after dark. Even on cloudy days the cement will be able to absorb enough solar energy to glow during dark periods for up to 12 hours.

Luminescent intensity and colour can be varied by the proportion of additives added, making it suitable for a range of lighting scenarios. Changes to the microstructure modify the structural properties of the concrete. At this early stage of development, the intended use is as a coating material, but further advances in this technology may allow for more extensive use in civil engineering.

The use of phosphorescent materials in cement and aggregates also has some significant secondary benefits. The aesthetic appearance of the finished pathways and roads is extremely pleasing on the eye whilst also increasing pedestrian and road safety.

These new advances could make ground breaking improvements to the lives of people in rural communities in the developing world where there is poor electrical infrastructure. It could provide these communities with lighting solutions without adding to global energy consumption or requiring the need to connect to existing electrical grids.

By embracing the emerging phosphorescent technologies and placing decarbonisation at the heart of civil engineering, it will be possible to make a tangible difference to the energy consumption mankind uses. This reduced energy consumption will, in turn, reduce reliance on fossil fuels and the harmful effects that burning these fuels are having on the environment and the warming of our planet.

Using the new aggregates and phosphorescent cement provides a practical alternative to outdoor lighting and will literally and metaphorically pave the way to decarbonisation. Governments will be able to earn carbon credits, save money and reduce their environmental impact. The future is bright and the future is phosphorescent.

This article originally appeared as part of the Big Idea series on the ICE Community Blog under the headline, 'Better "light" than never - A concrete solution?' It was written by Sarah Curran, Apprentice Civil Engineer, and published on 18 January 2021.

Retrieved from "https://www.designingbuildings.co.uk/wiki/Phosphorescent_building_materials"
Create an article