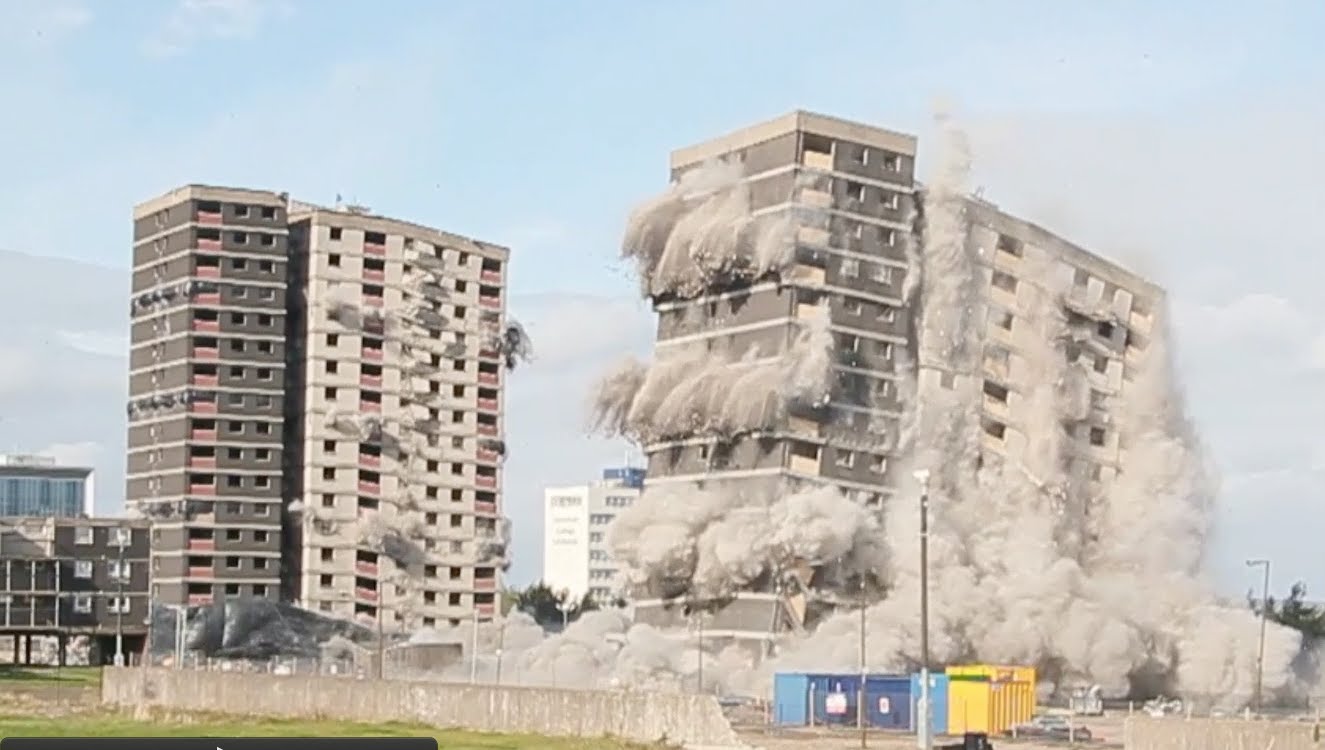 Demolition is the most high risk activity in the construction sector, often involving the use of explosives. The production of sophisticated explosives and initiation methods has made the process both a fast and economic. Explosives can be controlled to precise timing and can follow a wide range of predetermined sequences allowing complex structures to collapse under their own weight.

The Explosives Regulations came into force in 2014.

The main advantages of using explosives as a means of demolition are:

The basic methods of explosive demolition are:

Explosives can be used in two main ways:

Where demolition of any kind of building is proposed, the council may wish to be involved in agreeing how the demolition will be carried out and the site restoration plan for afterwards. Demolition is dealt with under the Building Act 1984, which generally requires six weeks notice to be given to the local authority to demolition before demolition begins.

The Construction (Design and Management) Regulations 2015 must also be complied with when carrying out demolition works, as well as a health and safety plan to be produced by the principal contractor.

Best practice generally involves the pre-weakening of structures before any explosives are installed. A method must be devised which maintains the stability of the structure under wind loads despite partial removal of supports. If a certain direction of collapse is preferred then specific load-bearing members will be retained or removed accordingly. This should be set out in a method statement along with the type and quantity of explosives, the safety and protection arrangements and the necessary exclusion zone.

The structure’s height is not the sole determinant of the exclusion zone size. Debris projection from explosive charges must be considered, as must potential scale of ground vibration.

The following information should be considered when planning an exclusion zone:

A risk assessment must be carried out together with contingency planning for repair and cleaning to services and buildings in the vicinity that may be affected by the demolition.

Common to all explosives is that they react suddenly to form large volumes of gas at high temperatures. Very high pressure results from this release of gas. The properties of different specific types of explosive can be expressed in terms of their:

The most commonly used types of explosive for construction demolition are:

Ammonium nitrate and other nitrates in solution. Materials are sensitised by air during the manufacturing process and have good fume characteristics and are suitable for wet conditions.

Entrapped air is incorporated in the emulsion in microscopic spheres of glass, plastic or resin that act as bulking agents. Fine aluminium can be added to produce different strength of explosive.

ANFO explosives are low bulk strength and not water resistant. A high blasting efficiency can be achieved when mixed in the correct proportions.

Nitramine-based explosives are useful in operations where a very high detonation pressure is required. They have good plasticity and excellent water resistance.

Retrieved from "https://www.designingbuildings.co.uk/wiki/Explosives"
Create an article