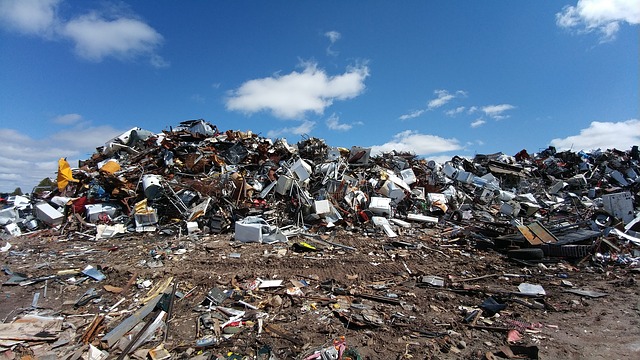 Approved Document C, Site preparation and resistance to contaminants and moisture, defines a ‘contaminant’ as: ‘Any substance which is or may become harmful to persons or buildings, including substances which are corrosive, explosive, flammable, radioactive or toxic’.

Contaminated land is land that presents a hazard in the form of material that has the potential for harm. For example, a landfill site may contain contaminated land.

Assessment of the risk of harm is based on the likelihood, frequency and seriousness of adverse consequences, which might include:

The introduction of the Environmental Protection Act has been the driving force behind the treatment of contaminated land. The main types of contaminant identified are:

Some likely sources of contamination are:

If contamination is suspected, desktop studies of site history should be carried out to establish whether there is a need for further investigation. Sources for a desktop study might include:

If a desktop study raises concerns, or if the history of a site is not fully known, then trial pits and borehole investigations should be undertaken, concentrating on the areas of greatest suspicion. Tests may be based on soil samples taken at a variety of depths and locations in order to determine the nature and level of contamination as well as its extent. Initially, this is likely to be at least nine samples per hectare, but more testing may be necessary depending on what is found.

There are three main clean-up techniques:

Remediation can be in-situ (on site on undisturbed soil) or ex-situ (applied to excavated soil either on or off site).

The main types of soil treatment are:

Biological treatment, also known as bioremediation, is the most common technique. It utilises microorganisms and plants and is particularly suitable for fuel-based contaminants. Microbes 'eat' the chemicals found in oil spills, digesting them to produce water and carbon dioxide. For the bacteria to grow, the right temperature, nutrients and amount of oxygen must be provided. This can be achieved by pumping in air and other substances such as molasses.

In some countries, the cold weather conditions means that the soil has to be excavated and cleaned above ground with the help of heaters, and an oxygen supply. Bioremediation allows cleaning on site, generally it does not require much labour or equipment and so is usually cheaper than other methods.

Although some solutions are cheaper than others, the cost of site investigation and soil treatment is still significant. Developers suggest that it should be up to the government to cover the cost of cleaning up contaminated land, otherwise, the need to pass on costs to purchasers means that it will not always be possible to provide affordable housing on such sites.

Retrieved from "https://www.designingbuildings.co.uk/wiki/Contaminated_land_for_construction"
Create an article