The risk of asbestos on brownfield sites 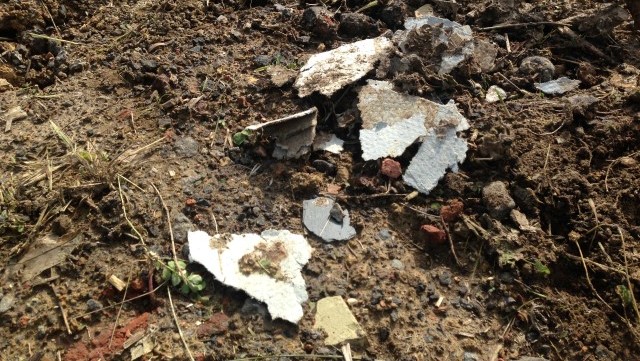 ‘Brownfield’ sites are at higher than normal risk of asbestos contamination, by their very nature. As a brownfield site is defined as a building site which has previously been developed, there is a chance that the building/s that previously occupied the space may have contained asbestos.

Although there are strict controls on the removal of asbestos from buildings earmarked for demolition or redevelopment, they are not always followed. If a site has been left undeveloped for a reasonable period of time, there is also a risk that it might have been used for illegal disposal of material (flytipping), or that the previous building might have been demolished prior to the establishment of the Control of Asbestos Regulations.

Discovering that a site has been contaminated once development begins can be costly, problematic and dangerous - it will also almost certainly delay the project, and can stop it entirely.

[edit] What is asbestos?

Asbestos is a naturally occurring mineral, commonly known as either white, blue or brown asbestos. It was used extensively during the industrial revolution and the years following it, but it’s usage had almost ceased completely in most countries by the 1990’s. Where it was still used, it was so heavily regulated that most trades avoided it entirely.

Due to its fibrous nature, asbestos can be introduced to the respiratory system through inhalation. Once it reaches the lungs, it has been found to be responsible for a host of serious and often fatal diseases which include mesothelioma, lung cancer and asbestosis. Mesothelioma is a type of cancer that develops in the lining of some of the body's organs and is mostly linked to asbestos exposure. There is currently no cure for mesothelioma.

[edit] How do brownfield sites become contaminated with asbestos?

Although the HSE (Health and Safety Executive) have published strict guidelines for the removal of asbestos, historically this was not the case. Even when the guidelines are adhered to, there is always the risk that asbestos is missed prior to building demolition, or improperly disposed of. Buildings demolished prior to the establishment of the Control of Asbestos Regulations are at particularly high risk of contaminating the ground around them.

If a building is demolished while asbestos is present, the asbestos materials may contaminate the ground. While it is undisturbed, the risk to the general public and those working on the site is low. However, once the ground is broken during construction, the fibres will become airborne and at this stage it becomes likely that anyone working on or around the site might be exposed to the asbestos fibres.

There are multiple challenges associated with developing brownfield sites, and it is critical that a full risk assessment is undertaken prior to work proceeding for this reason.

If asbestos is discovered after work on a site commences, it is inevitable that work will have to cease until the contamination is assessed and remediated. As well as the increased financial burden of late testing taking place, it is possible that the delays incurred will cause an increase in costs associated with wages, site overheads and potential penalties.

As there is currently no safe exposure level for asbestos, anyone working or living around the site could be at risk from exposure. This in turn could lead to future litigation should anyone actually develop an illness linked to asbestos exposure.

The discovery of asbestos on site following the commencement of construction could lead to RIDDOR reports, the involvement of the HSE, and even prosecution and fines.

Since 2008, the HSE has had the power to make Publicity Orders against any business or corporation found guilty of breaching Health and Safety Law. This means that the organisation in question will be required to take out an advertisement in either their trade or the national press, detailing the offence that they have been found guilty of, the fine and/or sentence that was imposed upon them following prosecution and the terms of any remedial order made against them. Some commentators believe that businesses that have been forced to comply with one of these orders have a much greater risk of failure within the first year of the Publicity Order being made, so great is the reputational damage incurred.

The most accurate figures for claims arising from ill health suggest payouts exceeded £17.5 billion between 1998 and 2010.

The consequences of asbestos related illnesses are so serious that trusts have been formed to ensure that those who suffer from these chronic health conditions are able to access the funds. People with asbestos related illnesses are likely to require funding for adaptations to their homes, increased expenditure on health expenses and the additional burden placed on their families by their incapacitation and eventual death.

Retrieved from "https://www.designingbuildings.co.uk/wiki/The_risk_of_asbestos_on_brownfield_sites"
Create an article