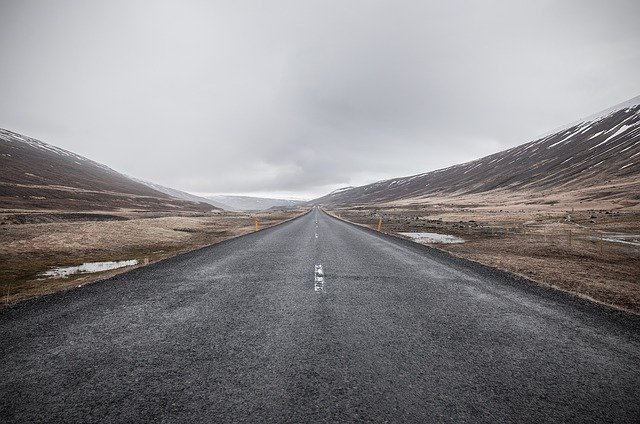 Asphalt is a mixture of asphalt cement and aggregates, hot-mixed in an asphalt plant and then laid hot to form the surface course of a flexible pavement. Asphalt paving provides a stable, safe and durable road surface.

Asphalt is specifically designed to carry the loads without any shear. It is also flexible as it distributes any imposed load by deflecting it slightly without cracking or deforming. It is skid-resistant and allows quick drainage of water from its surface. It is durable and becomes more dense over time, with the use of traffic.

The SuDS Manual, published by CIRIA in 2015 defines asphalt as a: '...European standard description of all mixtures of mineral aggregates bound with bituminous materials used in the construction and maintenance of paved surfaces.'

HMA durability is related to one or more of the following:

The asphalt binder film thickness around each aggregate particle accounts for a large part of the asphalt's durability.

If the thickness of the film surrounding the aggregate particles is inadequate, it is possible that the aggregate may become accessible to moisture through holes in the film. Should it be hydrophilic, water will displace the asphalt film, and the cohesion will be gone. This process is typically referred to as stripping. The optimum asphalt binder content is determined by mix design which should provide adequate film thickness.

Excessive air voids (on the order of 8% or more) increase permeability and allow oxygen easier access to more asphalt binder thus accelerating oxidation and volatilization. HMA design seeks to adjust the items such as asphalt content and aggregate gradation to produce design air voids of about 4%. Excessive air voids can either be a mix design or a construction problem.

Rounded particles tend to slip by one another causing HMA distortion while under heavy loads while the angular particles interlock with one another providing a good deformation resistant structure. Brittle particles cause mixed distortion as they tend to break apart under agitation or load. The aggregate which has good surface and abrasion characteristics can be blended to provide better overall characteristics.

Gradations with excessive fines cause distortion as a large amount of fine particles tends to push the large particles apart and act as lubricating ball-bearings between these larger particles.

Asphalt binder viscosity is at its lowest, and the pavement will deform more easily under heavy loads.

Aggregate texture, shape and size- flat, elongated or angular particles tend to interlock with one another rather than slip by making placements and compaction more difficult. Tests for particle shape and texture can identify as possible quality problems.

Gradations with excess fines can cause a tender mix. A gradation resulting in low VMA or excess asphalt binder content can have the same effect. Gradation specifics are used to ensure acceptable aggregate gradation.

Asphalt surfaces with good drainage that is laid and installed by professionals last for an average of 20 years before they need a full re-surfacing. With certain climates, however, high-quality installations can last up to 35 years nowadays. Hiring a reliable paving professional is the best way to get the longest life as well as your money's worth out of the paving job.

Asphalt chip sealing refers to: 'Rolling a layer of aggregate into a base of asphalt emulsion binder to improve tyre grip and road wear, or alter the appearance or reflectivity. Using light-coloured aggregate can increase reflectance and reduce warming, or a local stone can help the road fit in better with its surroundings.' Ref The second edition of The Dictionary of Urbanism by Rob Cowan.

Retrieved from "https://www.designingbuildings.co.uk/wiki/Asphalt"
Create an article