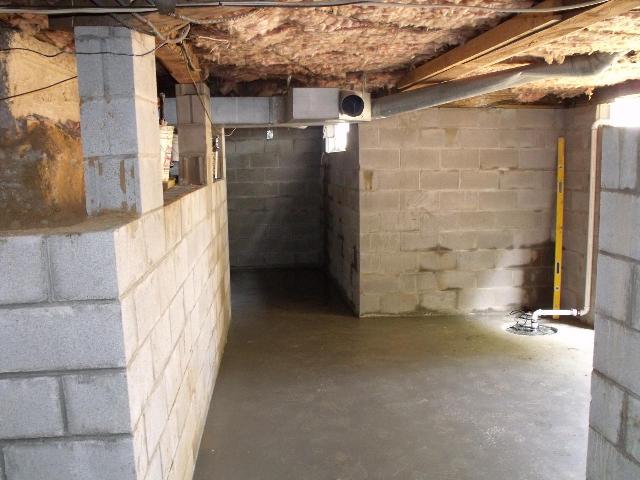 A basement is part of a building that is either partially or completely below ground level. Approved document B of the UK building regulations, Fire Safety, Volume 1 Dwellinghouses, defines a ‘basement storey’ as:

‘A storey with a floor which at some point is more than 1,200 mm below the highest level of ground adjacent to the outside walls.’

Basements generally become more expensive as the depth increases. However, in prime locations, the cost of land may justify multi-story basements or even below-ground parking garages. This is becoming increasingly common in central London where even larger ‘iceberg basements’ have provoked much controversy as they can cause significant disruption to and disturbance of neighbours.

Concerns about the disruption caused by the construction of basements, and the trend for 'iceberg' basements have resulted in attempts to introduce restrictions, such as the Basement Excavation (Restriction of Permitted Development) Bill and the Planning (Subterranean Development) Bill.

In August 2016, the City of Westminster introduced a new code of construction practice with an average levy of £8,000 on the construction of basements and a new ‘subterranean squad’ to help reduce the impact of basement construction works.

Depending on the size of the property, the amount of excavation and building work required and its complexity, the work for constructing a basement to a house will last typically for 12-20 weeks.

The first stage is for hoarding to be erected and usually for a timber shelter to be constructed in front of the house or around the opening to the excavation. An initial external opening to the basement area is created and temporary weather-proofing and supports are installed where necessary. A backhoe or excavator can then dig down, with excavated material brought to the surface and into a skip. Existing foundations may be underpinned if necessary as the excavation proceeds. Existing building services may need to be re-routed.

Very broadly, there are three generic types of basement construction:

The external structure of the basement is poured into formwork, with reinforcing steel bars included if required. Forms are then stripped away after curing. This type of construction tends to be stronger than others and is much more resistant to water infiltration.

This tends to be the most economical option for small-scale basement construction and often requires less time. However, concrete blocks are not suited to soil conditions that are prone to swelling as this applies lateral pressures to the basement wall which can weaken joints.

Precast concrete panels can be transported to the site and assembled on footings. This method is not as common but can be economical where there are multiple basements being constructed at the same time. If the joists between panels are not properly sealed then moisture can get trapped in the panels or penetrate to the interior and cause problems.

BS 8102: 2009 Code of practice for protection of structures against water from the ground, provides three categories of basement waterproofing:

A continuous waterproof barrier is applied to the inside or outside of the basement structure. The most common form is a bituminous ‘stick-on’ plastic sheet. Whilst this is relatively inexpensive, it can lose adhesion and is easily damaged during backfilling.

Alternatively, an external membrane can be painted or sprayed onto the external surface which can be covered by a drainage board to allow provide protection from the backfill.

This is chemically-enhanced water-resistant concrete which can be used in combination with a waterproof membrane.

Cavities are formed within between the internal and external wall and floor constructions to collect and drain away water entering the basement using a sump and pump. As well as the internal drain, a perimeter drain may also be included. This runs around the external perimeter of the building just below the level of the foundation, removing water from the building’s external face.

As basements are surrounded by earth, their temperature has a tendency to remain fairly even throughout the year. There are several methods of insulating a basement, such as foam insulation, rigid insulation boards, or fibreglass batts. These allow for the retention of heat inside the basement and the prevention of condensation on walls which will eventually lead to mould growth. It is particularly important that basements are properly ventilated as they may have a vapour-impermeable construction and are unlikely to have openable windows.

Compared with building higher, building down can involve more risks. The complexity of basement excavation increases with the depth, a higher water table, and a more congested site.

Prior to construction, good site information and soil tests are critical in terms of being able to adequately plan and forecast potential difficulties that may arise.

The most common risks are:

When you are constructing a basement you should consider: