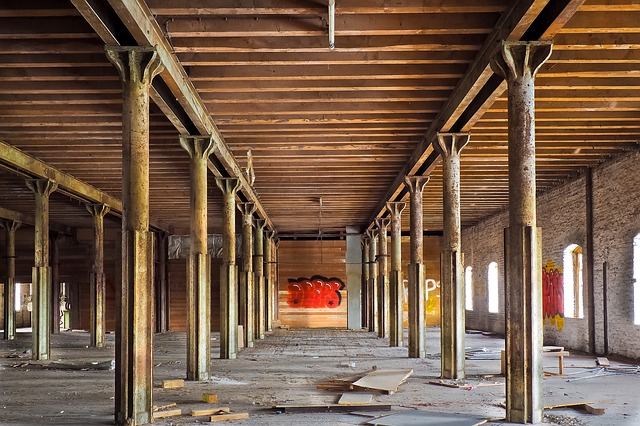 Beams are structural elements that resist loads applied laterally to their axis. They typically transfer loads imposed along their length to their endpoints where the loads are transferred to walls, columns, foundations, and so on.

Historically, beams were formed from timber, but they may also be manufactured from steel or concrete or they may be composite constructions.

A wide variety of cross-section shapes are commonly available, including; square, rectangular, circular, I-shaped, T-shaped, H-shaped, C-shaped, tubular, and so on.

Beams may be straight, curved, or tapered.

A universal beam (UB) is a beam with an 'I' or 'H'-shaped cross-section available in a variety of standard sizes. It is a very efficient form for carrying bending and shear loads in the plane of the web.

Hip beams are common in roofs, where they form the angled, inclined hip of the roof, supporting other load-bearing beams (or rafters) that branch away from them on either side and slope down to the eaves.

Chilled beams are used to provide cooling to the internal spaces of buildings. Typically, chilled beams are distributed regularly across the ceiling of a space. They include chilled water pumped through copper cooling coils bonded to aluminium fins that cool air by convection.