India is at an infrastructure crossroads. As demand for critical infrastructure systems has grown, the country’s tireless growth has raced ahead of its ability to deliver the necessary number of power plants, houses and waste collection facilities.

India is the fastest-growing large economy in the world, and the government has set itself a target of investing US$377 billion in infrastructure over the next three years. As a first step towards meeting this challenge, the country has focused on developing a capable local market, and strong financial and technical capability.

However, the world around India is changing fast. The potential to tap into international markets and bring in new sources of capital and expertise, and improve delivery capacity, has never been greater. It makes India an attractive destination to long-term global infrastructure investors, who recognise it as a country with a healthy pipeline and several good potential partners.

But the demographics and geography of India are so vast and so diverse, they take time to digest. It is one thing to understand the scale of the middle-class opportunity and the need for smart cities – another thing to be a part of it. The scale of the opportunity and the rate of change have to be made clear to investors, particularly those who have not visited India recently or have not had the time to absorb activity across the entire country.

Of course, there needs to be important structural changes. India is currently ranked 130 in terms of 'ease of doing business'. The good news is it has already shot up 12 spots from 142nd place in 2015. Movement is in the right direction.

Even better, eight of the most economically progressive Indian states are, on an individual basis, comparable with the world’s top 50 countries. If these successes can be shared across more states, India will soar higher.

India has infrastructure challenges. What country doesn’t? Poverty and density may make these issues more pronounced than in many other countries, but the underlying question is always the same. How do you prioritise the infrastructure you need with the limited funding resources you have?

Infrastructure is an economic enabler, not a panacea. It is the sum of many physical interdependencies that make up the essential services that a government provides. These services do not create an economy; they facilitate one. Infrastructure needs to make people more efficient so that they can be more productive with their time. Anyone who has ever been stuck in evening traffic – whether in New Delhi, Rome or Los Angeles – can certainly appreciate that.

So what does good infrastructure planning, delivery and operation look like?

Let’s start with a national infrastructure plan. The planning and prioritisation of infrastructure projects typically falls under state jurisdiction in India, with central government approval. There is a dire need for a 'single window process' for planning and approval to minimise bureaucratic procedures.

The point is not to replace the role played by existing ministries – such as the Ministry of Railways or the Ministry of Water Resources – but to support them by prioritising projects and coordinating strategies. 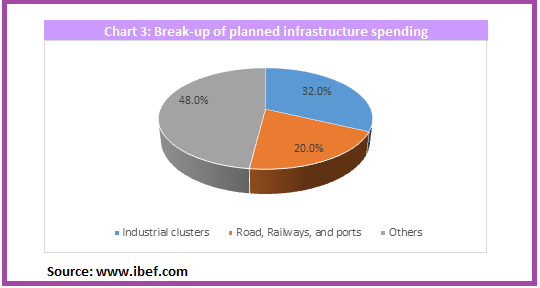 India’s private sector also needs to change some of its practices as aggressive bidding and inadequate liquidity drive construction contractors to excessively rely on loan financing. Construction margins are tight everywhere in the world, but contractors in markets with a healthy secondary market for infrastructure assets are able to recycle their capital quicker, as infrastructure funds and even institutional investors actively buy up operating assets.

These markets take time to develop, but the Indian government can begin laying the foundation for such activity now with effective regulatory reform to create a more attractive market.

Drawn-out dispute resolution and land-acquisition processes are other long-standing issues in India. Delayed environment clearances continue to stall projects despite the passing in 2013 of a Land Acquisition, Rehabilitation and Resettlement Act (LARR).

When Prime Minister Narendra Modi took office in 2014, his government already had its sights set on reforming LARR to remove public consent clauses and social impact assessment requirements if land is acquired for national security, defence, and rural and social infrastructure. Whatever reforms India settles on – a transparent, consistent and stable land-acquisition process is essential for a healthy infrastructure market.

The centre of gravity in the world of infrastructure is moving eastwards, at pace. Putting internal challenges aside, India has incredible potential and a growing role to play in global markets, particularly Asia and the Middle East. China’s growing influence through its 'one-belt, one-road' initiative and the Asian Infrastructure Investment Bank (AIIB) should not go unnoticed as India also has much to offer its neighbours.

India has a young, well-educated and skilled workforce. In addition, the outsourcing of professional services to India from multinationals and companies based all over the world have brought global best practice to India, which can be exported at cost-effective rates. As India’s young generation matures, the opportunity for Indian businesses to capitalise on this resource and push beyond India’s borders has never been greater.

This is where India meets its fork in the road. In one direction is business as usual, where India feels and acts like a world in and of itself. The other direction leads to more global engagement. One path is safe – but incredibly congested. The other is bolder and more competitive – but also liberating as its infrastructure market accelerates to match the tenacity of India’s economic potential.

Retrieved from "https://www.designingbuildings.co.uk/wiki/India_needs_to_build_more_infrastructure_fast._Here%27s_how"
Create an article