Metro cities - the future of urbanisation

Dr Nicholas Falk, founder of Urbanism - Environment and Design (URBED) and director of the URBED Trust, explains why metro cities rather than mega cities are the future of urbanisation. 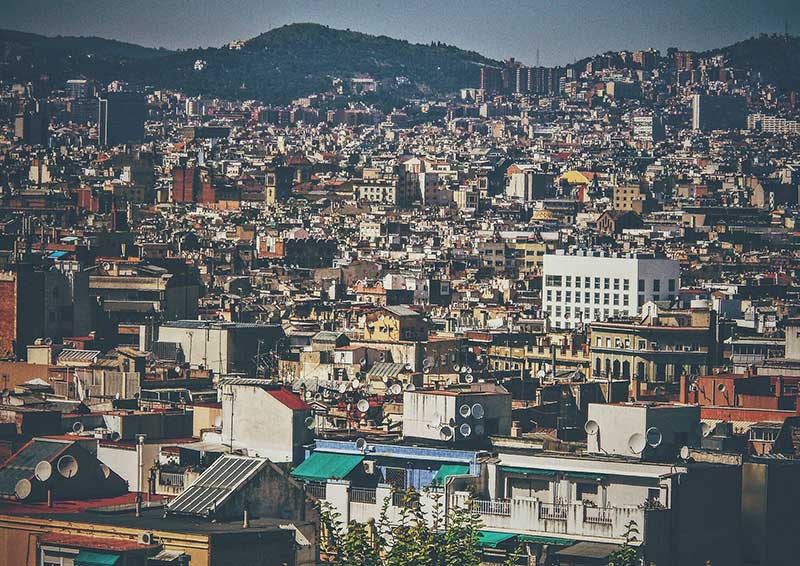 In the drive to urbanisation, the UK and India are two very different countries yet both share many challenges and similarities and can learn from each other’s approach to city planning.

India’s urbanisation footprint is changing towards a more classically European model. There are 40 Indian cities with populations over 1 million - 10 more than Europe. However, the megacities many people associate with India, like Mumbai or Chennai, are giving way to metro cities where the greatest challenges and opportunities for engineering professionals lie.

Metro cities are cities of between 500,000 and 1 million people. These are comparable in function and scope to UK cities like Oxford, Gloucester or Swindon and distinct from larger metropolitan area settlements, as defined in the Indian Constitution, of 1 million-plus.

These metro cities, being more manageable and dispersed, could help to relieve pressure on uncontrolled growth in megacities with careful infrastructure-led planning - something those responsible for India’s urban areas could benefit from.

For example, New Delhi alone is projected to grow from 25 million people to 36 million people by 2030, yet the Delhi Water Board (the Delhi Jal Board) struggles to supply enough water for its current inhabitants, with a water distribution loss rate of 40%.

The advantage of developing metro cities like Kochi in the southern state of Kerala is that growth can be on a manageable scale and projects delivered in line with Premier Narendra Modi’s smart cities initiative.

Its airport, built in 2015, is powered entirely by solar panels and contributes excess power to the local grid, helping to reduce costs and reliance on less green forms of energy without taxing India’s grid stability, which is generally recognised as low. Kochi is also extending its network of overhead transit lines and upgrading its extensive waterfronts.

India’s model of smart cities is not just about using technology but smart thinking. The Indian government outlines features of a smart city as, for instance, promoting mixed land use to increase efficiency, inclusiveness in housing, promoting walkable localities to tackle congestion, promoting open spaces and applying smarter solutions to infrastructure and services to increase resilience to disasters or use fewer resources.

The UK could have a role to play in helping India develop its capabilities, as some consultants are already doing. There is recognition of the UK’s expertise, with India’s Road, Transport and Highways Ministry signing a memorandum of understanding in 2017 to share expertise on mobility and efficiency of public transport. But the UK is not doing enough to work with and within India.

A EuroCities conference I attended a few years ago in Goa was sponsored by a French cement company with no British cities present. Belgium outdoes the UK in trade.

In an environment where the UK seeks to do its own trade deals in future we should seek to replicate the kind of mutually beneficial trade deals India has worked out with other countries in the past. Further, we should brush aside unfounded concerns that the market in India is unprofitable and integrate our sector.

Integration could be led by establishing a talent pool of engineers, planners and designers to support Indian infrastructure projects, share our knowledge, expertise and experience and build management capacity. The solutions India finds to its demographic and urbanisation challenges will be transferable to both nations and the lessons we learn can be applied at home.

Increasing affordable housing, meeting carbon reduction goals and improving infrastructure can be addressed through applying best practice in public private partnerships and new town development corporations to unlock private capital and build management capacity. While the scale is different, the scarcity of housing, a rising population and upgrading our assets are challenges we should work with others to address and find solutions.

The URBED Trust has been applying expertise developed from URBED's Wolfson Economic Prize in 2014, putting forward proposals to double the size of Oxford as a ‘new garden city.’ We have set up what we call our SURGe project.

The URBED Trust is also working with Social Change and Development (SCAD) in the southern state of Tamil Nadu to build a demonstration ‘eco village’ using natural materials to allow the building of affordable home in a more sustainable way with the next step to devise ways of ‘going to scale’.

By working with Indian engineers, passing on our knowledge and best practice and learning from the experience, engineers can play a key role in developing future ties with India and benefiting the sustainable development of both countries.

This article was originally published here by ICE on 1 June 2018. It was written by Dr. Nicholas Falk.

Retrieved from "https://www.designingbuildings.co.uk/wiki/Metro_cities_-_the_future_of_urbanisation"
Create an article