BIM and the historic environment 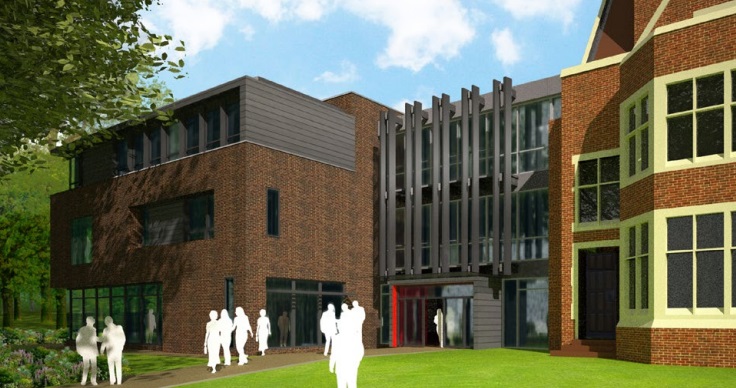 Building Information Modelling (BIM) is defined as 'a collaborative process for the production and management of structured electronic information and illustrating, in digital terms, all the elements that compose a building.' BIM is used for many new builds, but what about BIM and historic buildings? The initial thoughts for many heritage assets is that they don’t really go hand in hand.

BIM has been used by designers, engineers, and contractors for at least 10 years, with software packages such ArchiCad2 and Revit. 3D software can be used to produce a co-ordinated model of a building, incorporating services, structure, FF&E, etc. allowing better co-ordination reducing risk of clashes arising on site.

There is specific guidance written for BIM in PAS 1192-2. This defines the need for a BIM Execution Plan (BEP) which determines the Level of Detail (LOD), common software format and sharing of the model between consultants. The guidance has been developed to meet the government’s BIM Level 2 requirement for public projects, taking effect from April 2016. Whilst BIM is often used for new build projects, the government’s requirement makes no distinction between new build and heritage projects. 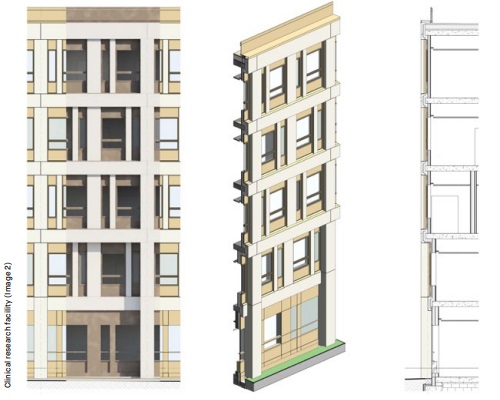 The drive behind using BIM is increased efficiency, and therefore reduced costs. The benefits of BIM have been well documented. The model is smart: components of the building include attributes such as width, height, length, manufacturer’s data, etc. This results in a building where it is easy to know what things are, and crucially, where they are. This sounds simple enough, but on large buildings with complex services, having a single place to hold all this information and graphically represent it provides huge time savings when operating and maintaining the building once in use.

Often, the components can be supplied by the manufacturers so each component doesn’t have to be individually modelled. We have seen this work well with new build projects encompassing a range of procurement routes, both government procured and privately funded.

Modern methods of construction (including off-site manufacture of building elements and components) enable new-build projects to be assembled to high standards of construction. Since these projects are starting from the drawing board, design information in the 3D model is generated to reflect the design as it is developed and, following BIM processes, ideally updated through the construction process to capture the ‘as-built’ information before the model is handed over for asset management. This information typically includes details for building components provided by manufacturers, ensuring it is accurate and relevant to the building users.

For example, a number of projects have included aspects of prefabrication including precast concrete cladding panels, window and door units, with modelled components provided by manufacturers reflecting the elements as manufactured in the factory with relevant information embedded for future maintenance. This means that by the time the building is occupied, the layout of a building, the construction methods used and the maintenance needs are all clearly defined.

In contrast, heritage buildings are often far from known quantities but are inherited assets, such as vernacular cottages, churches, timber framed barns, ruins, follies, grand houses and stately homes. These pose different challenges for modelling: there won’t be plumb walls, won’t be parallel to each other, and levels will vary either due to limitations of the construction, or through age. The building won’t have standard components produced by manufacturers. The exact construction build-up will not always be known.

How do you capture this non-standard data? How do you begin to model it? The industry response is coming from the survey companies using laser scanning. This allows the buildings to be recorded using a laser scanner to record point cloud data along with colour photographs which builds a 3D set of data. Laser scans can be very large file sizes as the scanner captures thousands of data points. 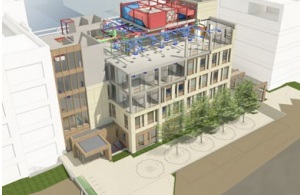 The data can be viewed in various software packages or processed by the survey companies for viewing in Revit, known as ’BIM ready’. Additional parameters can be added to the individual components to record additional information, for example whether the windows have historic crown or cylinder glass. It is important to understand fully what data needs to be captured and recorded at the time of survey and before that data is processed.

The key aspect about BIM for heritage assets is the information that the model can contain in a central repository. The BIM model can be used in a particularly beneficial way for historic assets to:

One hurdle to using BIM in heritage assets is the cost of survey and processing the data, particularly for smaller scale historic assets. Those who own or run heritage properties often don’t have the funds available to commission a BIM model. For example, many churches are already fighting against lead theft costs and may have little money to carry out a laser scan.

Even if funds are available, there may also be a lack of owner knowledge and the capability to maintain a model. The cost hurdle is lowering over time: the cost of scanning is reducing and the number of companies offering survey scanning services are increasing, bringing in competition. Improvements in recording data, software packages that process the data, along with the skills of those using the software, mean BIM will be used more and more.

The number of historic projects using BIM are already increasing, providing feedback on what data is needed and how the data can be managed. Historic England has also been promoting the use of BIM and looking at case studies in their BIM for Heritage guidance, published July 2017. Other interested parties include BIM4Heritage, a taskforce actively engaged in learning more about BIM in the Heritage sector (for more details see bim4heritage.org).

The BIM4Heritage vision is '... to provide a forum for organisations and industry professionals to share knowledge and lessons learnt on BIM applied to historic structure.'

Developers have started to use BIM for refurbishment projects in Cambridge, as illustrated in How historic barns are getting a digital makeover.4 The Royal Academy of Arts is embarking on a redevelopment using BIM, covered in the BIM+ Q&A: Steve Watson, Royal Academy of Arts Pioneering BIM on heritage projects. The Elizabeth Tower in London (commonly known as Big Ben) is utilising BIM for the current large conservation project. Given the number of listed buildings in the UK (377,3886 with 5,290 on the 2017 heritage at risk register) BIM may well offer some help in looking after these buildings. It is certainly something to watch for the future.

This article was originally published by CIAT in AT Journal ed. 125. It was written by Toni Page MCIAT, CIAT-accredited conservationist.

Retrieved from "https://www.designingbuildings.co.uk/wiki/BIM_and_the_historic_environment"
Create an article