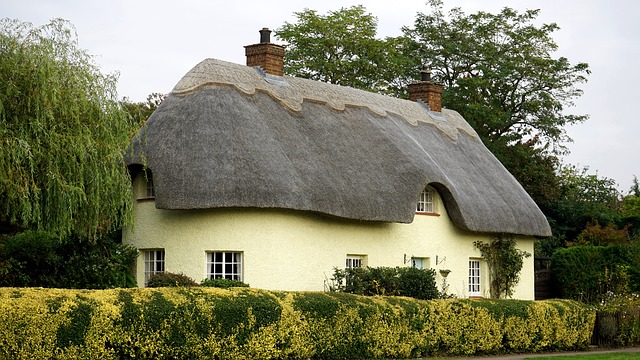 A cottage is a type of house, usually of a modest or small size and generally located in rural or semi-rural areas.

Originally, a cottage was a simple dwelling of a cotter (an agricultural labourer) in medieval England and Wales and was typically made up of ground floor living space (typically two rooms) and an upper floor of one or more rooms within the roof space. This was often describe as a ‘two up, two down’.

Cottages could be detached houses or terraced, as was the case with those built for workers in mining villages and other industrial areas. The windows were most commonly in mullion or casement style and the roof was very often thatched. They were usually built using post and beam construction which resulted in their characteristic low ceilings with exposed timber beams and earthen floors. Over time, the earthen floors were replaced with tiles set into a layer of sand.

Under Elizabethan-era statute, a cottage had to be built with at least 4 acres of land (a ‘small holding’). However, over the years the cottager’s right to hold land was removed by a number of Acts of Parliament, until the legal definition became a small house or habitation without land.

Retrieved from "https://www.designingbuildings.co.uk/wiki/Cottage"
Create an article