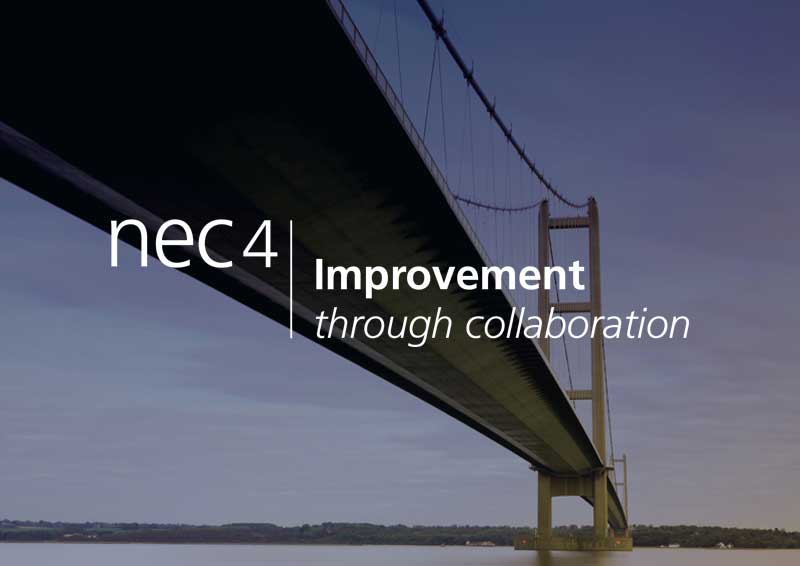 Since it was first published in 1992, the NEC suite has promoted collaborative management processes over legal verbiage.

While lawyers (and occasionally judges) have criticised its drafting style and 'loose language', the NEC suite has successfully delivered projects with a combined value of many billions of pounds, both in the UK and overseas. It can also be fairly said that, on the few occasions when disputes have reached the courts, the judges have had no difficulty in giving NEC contracts their intended meaning.

With that impressive track record, it is unsurprising that the brief given by the NEC board to the drafting team responsible for NEC4 called for an update only, rather than a radical revision. The priority has been to maintain the NEC3 philosophy and there was simply no compelling case for a major re-write. So, any lawyers looking for wholesale re-drafting will be disappointed.

However, the brief did not suggest there was no scope for improvement. One of the benefits of the NEC Users' Group network is that it has generated a wealth of feedback on how the forms are used in practice. This has identified a number of areas where the suite would benefit from clarification or additional provisions to facilitate its use.

In a number of areas, NEC4 represents a significant step forward from its predecessors.

Many of the revisions are described in detail elsewhere in this issue. This article focuses on changes that are more of a legal nature, or which have liability or insurance implications. Inevitably it is selective and should not be taken as an exhaustive list.

One important change is that the various forms in the suite have been aligned as far as possible, so that common themes are dealt with in a consistent way.

For example, the confidentiality provisions that previously appeared only in the NEC3 Professional Services Contract (PSC) clauses 70.3 and 70.4 are now included in all NEC4 contracts.

Of course, there remains a number of areas where the forms diverge, reflecting the different nature of the works and services to be supplied under them. The dream (espoused by some) of a 'grand unified contract' covering all types of works, goods and services remains a distant prospect.

New provisions have been included dealing with 'corrupt acts'. These reflect the increasing worldwide focus on bribery and corruption and imposes express obligations on the contractor, both directly and in relation to its supply chain.

An additional reason for termination linked to corruption has also been included.

An assignment provision has been included. This generally permits either party to transfer the benefit of the contract (but not the burden, which under English law may only be transferred by way of novation).

Reflecting the NEC imperative of mutual trust and co-operation, the client may not transfer to a party who does not intend to act in that spirit.

Also for the first time, NEC4 includes provision for the issue of a final certificate, either following completion of the contractor's obligations or on termination. The NEC suite has historically taken the approach that, since costs and compensation events are required to be assessed in real time, there is no need for a final account process.

However, it has become clear that users would benefit from a mechanism that gave finality to the final cost and avoided later challenges. The new clause obliges the project or service manager to assess and certify the final amount due, with a right for the contractor to issue an assessment if a certificate is not issued within the time stated.

The assessment will be conclusive of the final amount due unless either party invokes the dispute resolution provisions within a fixed timescale.

The definition of 'Disallowed Cost' in the cost-based contracts has been amended so that only the cost of legal proceedings between the parties is disallowed.

The thinking is that the cost of proceedings between the contractor and its supply chain should be chargeable as 'Defined Cost', since otherwise the contractor will be motivated to settle claims (at the client's expense) rather than challenge them.

Section 8 in NEC3 contracts on risks and insurance has been significantly revised to clarify its intent and address concerns raised by insurance experts.

The term 'risks' in section 8 led to particular confusion as 'risk' has a different meaning elsewhere in the suite, so in NEC4 it has been changed to 'liabilities'. The NEC3 word 'indemnity' has also been removed, partly because it is not well understood outside the UK.

The contractor's liabilities have been set out in detail, rather than being defined by exception as in NEC3. The interaction between the client's liabilities in section 8 and the compensation event regime in section 6 has also been clarified.

Finally, clause 84.2 in certain NEC4 contracts now requires insurance policies to include a waiver of subrogation rights against the parties, so that insurers can no longer take action which would undermine the agreed allocation of liabilities under the contract.

Secondary option X4 on parent company guarantees has been amended in NEC4 contracts to clarify that the client may require a guarantee either from the contractor's ultimate parent, or from an intermediate holding company if the client is satisfied with its financial strength. This reflects the approach commonly adopted on major projects.

A substantially new option X8 has been introduced in NEC4 contracts, entitled 'Undertakings to the Client and Others'. This replaces a section on collateral warranty agreements, which previously appeared only in NEC3 PSC. The new option has been designed primarily to meet the needs of the UK building market, although it should be noted that the Contracts (Rights of Third Parties) Act 1999 is increasingly being used in the UK as an alternative means of conferring rights on third parties. However, option X8 will remain relevant in a non-UK context.

Option X15 on limitation of the contractor's design responsibility has been substantially rewritten in NEC4 contracts so that the contractor's design obligations and ancillary provisions (such as rights to use material and professional indemnity insurance) are aligned with those of a consultant under the PSC. In the process, the burden of proof has been reversed, so that (as under most contracts) it will be for the client to prove that the contractor failed to exercise skill and care in its design.

Finally, NEC4 dispute resolution options have been substantially expanded to reflect the range of dispute avoidance and resolution mechanisms now in use on major projects worldwide.

NEC4 options W1 and W2 now include referral to senior representatives of the parties prior to the appointment of an adjudicator. A new option W3 provides for the use of a 'Dispute Avoidance Board' as an alternative to adjudication for contracts not subject to the UK Construction Act.

Retrieved from "https://www.designingbuildings.co.uk/wiki/NEC4_-_legal_and_insurance_aspects"
Create an article