In 1994, NEC was strongly recommended in the Latham Report (Constructing the Team) which investigated the perceived problems with the construction industry, describing it as ‘ineffective’, ‘fragmented’ and ‘incapable of delivering for its customers’, proposing that there should be greater partnering and teamwork.

The NEC contracts are intended to:

NEC is a division of Thomas Telford Ltd, the commercial arm of the Institution of Civil Engineers (ICE).

In 2009, as NEC3 became more popular, ICE announced that it would withdraw from the ICE Conditions of Contract (CoC) in favour of NEC3. The UK government also stopped updating the GCWorks contracts in favour of NEC3.

[edit] The suite of contracts

The suite of documents now includes:

The Engineering and Construction Contract (ECC) is the most frequently used, and can be adopted on projects such as infrastructure, buildings, highways and process plants. It is used for the appointment of a contractor for engineering and construction work, including any level of design responsibility.

The ECC, PSC and TSC contracts offer a range of options:

Each contract is supported by guidance notes and flow charts describing the procedures to be followed.

NB: In April 2013, an update suite of contracts was made available, including new guidance, a new Professional Services Short Contract, provisions and clauses for project bank accounts and a range of other changes. For full details see: NEC Announces updated April 2013 Edition suite of contracts.

The contract documentation under the NEC Engineering and Construction Contract (ECC) comprises:

Using NEC3 requires that all parties enter into the contract with a collaborative mind set and that the procedures and terminologies are properly understood and adhered to. If parties have not used NEC3 before, great care must be taken to recognise that the terminology and key terms may be different from other forms of contract, with differences ranging from the fact that the contract administrator is replaced by a project manager, through to new terms such as compensation events, and a range of new procedures.

The above point means that training is an important pre-requisite for a successful NEC3 contract, particularly when a project team is not familiar with NEC. This is not just limited to training on what the NEC3 contract says, but also how to operate effectively. In addition, people need to be good at project management to get the best from it.

In addition, use of a dedicated NEC3 contract administration system - usually cloud based and of which there are numerous products on the market - makes it much easier to efficiently and correctly administrate the contract. While they produce tangible savings in time, the intangible benefits are high: greater compliance, accountability and transparency, etc.

Lastly, for those used to working in a confrontational environment, the culture change needed to get the best from using the NEC needs to be addressed. This includes how 'hard' skills are used e.g. programming and forecasting, as well as 'soft' behavioural issues such as style of negotiation etc.

NEC3 has been reported as functioning successfully on the London 2012 Olympic Games, Crossrail and Heathrow, Terminal 5.

NEC3 is not without its critics. It has been described as requiring too much expertise to operate, focussing too much on project management and generating too much paperwork. In 2010, Justice Edwards-Stuart described it as a “triumph of form over substance" (Anglian Water Services v Laing 2010).

The number of companies involved on a large building project and the length of supply chains means that capturing cost information in relation to compensation events takes a long time. More often than not the project manager has to decide whether or not to proceed with a variation based on estimates from the cost consultant which in due course get replaced by the actual cost. It has been argued that this practicality defeats the rationale of NEC3 in relation to cost control and decision making.

In addition, compensation events due to changes that are not caused by the contractor are reimbursed at cost and not related to tender pricing. The only basis for challenging these costs is unreasonableness. This can cause difficulties, for instance policing a factory overhead claimed for additional work in relation to items such as overtime and additional supervision and when goods are also being produced for other projects.

There are two counter arguments to the issue identified above about the levels of professional resources needs:

- NEC3 contracts are frequently used with the target cost contract option. The 'open book' nature of this contract strategy - where the contractor has to demonstrate their costs to be reimbursed and the employer wants sufficient checks to ensure they are not overpaying - leads to more quantity surveying resource. This is independent of the use of the NEC.

- under NEC3, you are both administrating and managing the contract. Under traditional contracts, you are much more doing the former. Doing the latter as well may lead to increased professional costs during the construction phase, but means that work on-site is better managed leading to less time and cost increases on whoever those costs fall. In addition, the rolling final account gives both parties better monitoring, forecasting and certainty on project outcomes with only a few details to be settled post-completion. This compares with months, if not years, of negotiation to settle a final account on traditional contracts.

Related to the above point, successive editions and updates to the family have put more emphasis on the contractor providing quotations for compensation events based on forecast effects. If and when accepted by the project manager these adjust the contractual Prices and Completion Date and cannot be revisited. The work is therefore done more efficiently with greater contractual certainty of the effect. If both parties embrace the intent of agreeing quotations based on realistic forecasts, it actually leads to a lots less professional time doing records, agreeing disruption, etc. 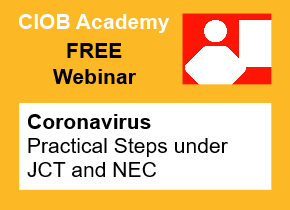 1. One very well known London practice of cost consultants raises its fees substantially on NEC projects to cover additional resources needed to administer the cost aspects of the system
2. The large number of companies involved on a large building project and the length of supply chains means that capturing cost information in regard to compensation events takes a long time. More often than not the project manager has to decide whether or not to proceed with a variation on cost estimates from the cost consultant which in due course get replaced by the actual cost. This practicality defeats the NEC rationale in respect of cost control and decision making.
3. Compensation events due to changes that are not caused by the contractor are reimbursed at cost and not related to tender pricing. This means the only basis of challenge is unreasonableness. For instance the factory overhead being claimed for additional work is impossible to police particularly in regard to say overtime, additional supervision and breakdown when other goods are being produced for other projects.