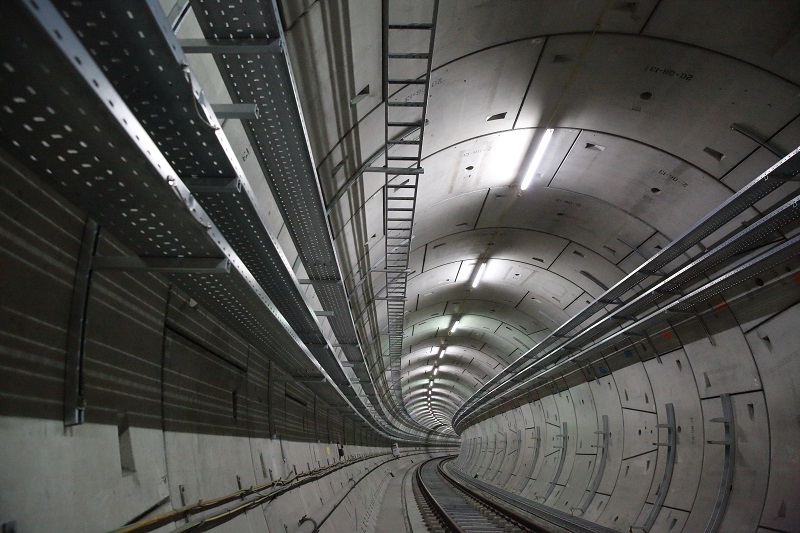 On 31 August 2016, the Mayor of London Sadiq Khan made the first station-to-station journey from Custom House to Canary Wharf on the new Elizabeth line. His visit marked a 75% complete milestone on the construction programme.

Half of the permanent track has been laid, and nearly all of the platform structures built, which will give step-free access to the 200 m-long trains at all of the 10 new stations. 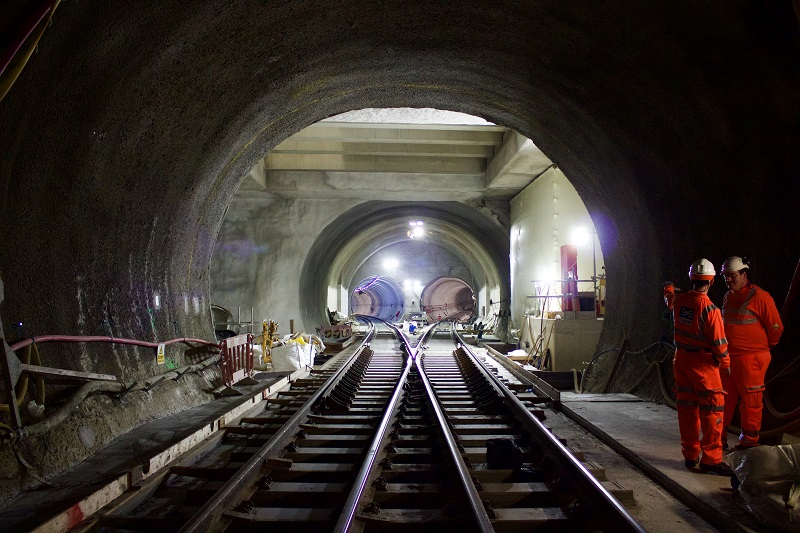 The mayor met a number of engineers and apprentices working on what is Europe's largest infrastructure project, currently reported to be on schedule and on budget. 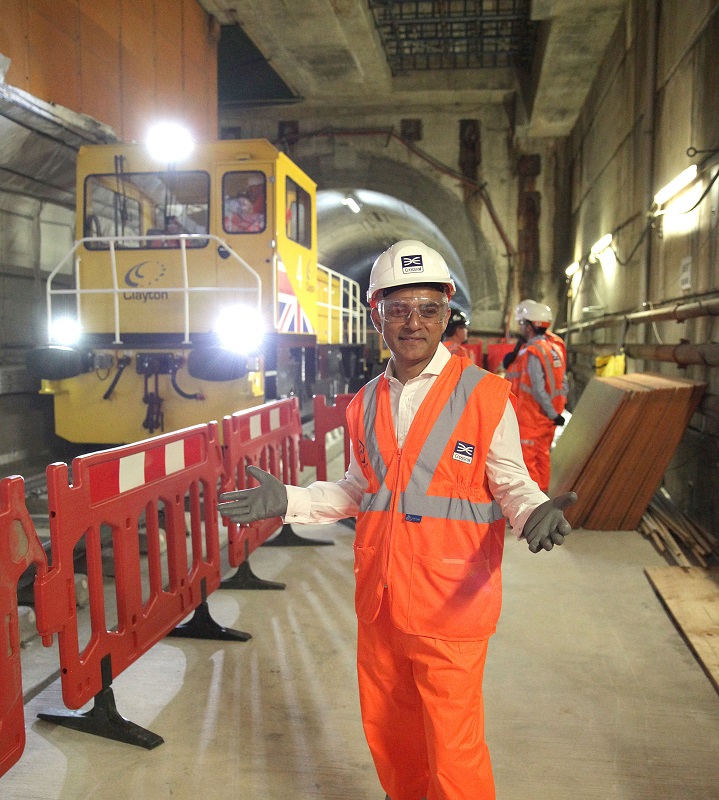 “The opening of the Elizabeth line will be a landmark moment for London. It will help us deliver a modern, truly world-class transport system that allows us to deal with the growth in London’s population over the coming decades.

“Being able to travel the Elizabeth line route from Custom House to Canary Wharf shows the huge progress that has been made. I visited the Canary Wharf station site as Transport Minister in 2010 when construction had just got underway. The fact that the project is now 75%, and being delivered on time and within budget is testament to the hard work of the thousands of men and women who have worked on the project.

“It is vital for the future prosperity of our city that progress continues apace and we deliver this wonderful project on time. With brand new trains and all the stations being step-free, the opening of the Elizabeth line will improve the quality of life for millions of people across London and the south east, and provide a huge boost to our economy.” 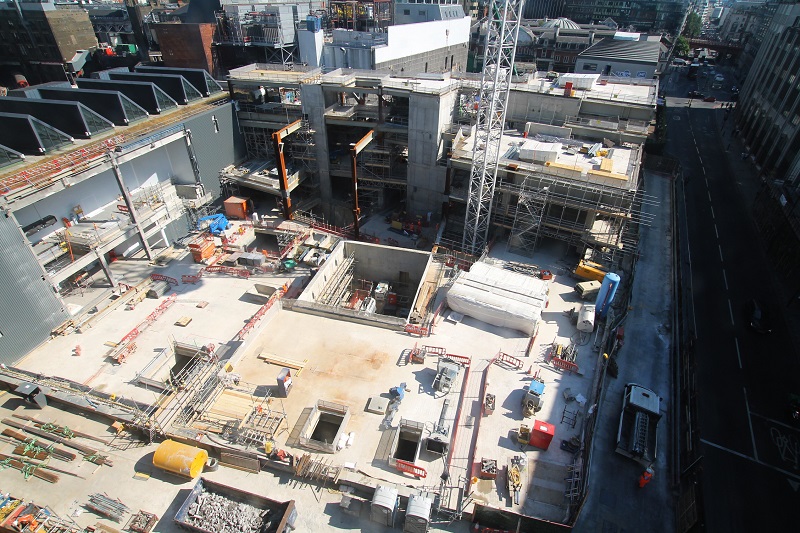 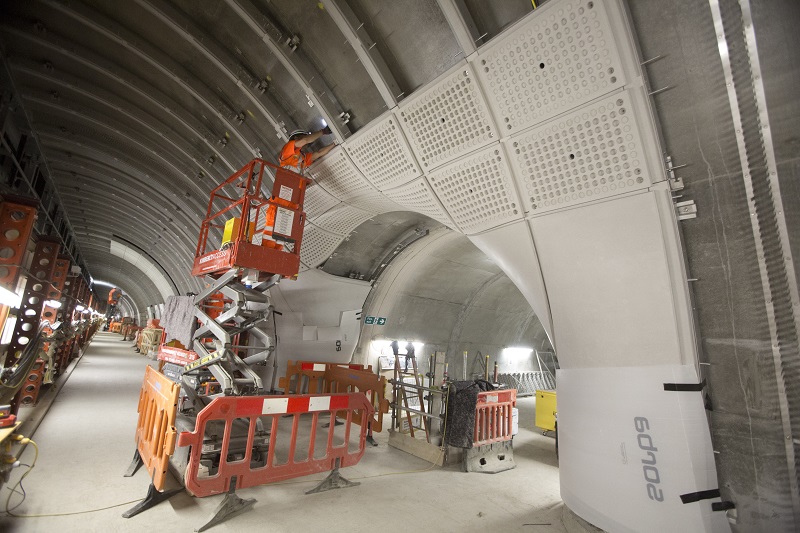 “The remaining 25% of the programme will present a new set of challenges as we finish installing the critical components that will transform this major infrastructure project into an operating railway. The Elizabeth line will be vital to the future success of the capital and we’re fully focused on completing the delivery safely, on time and on budget, for our handover to TfL in 2018.”

Wolstenholme stepped down as CE in early-2018. 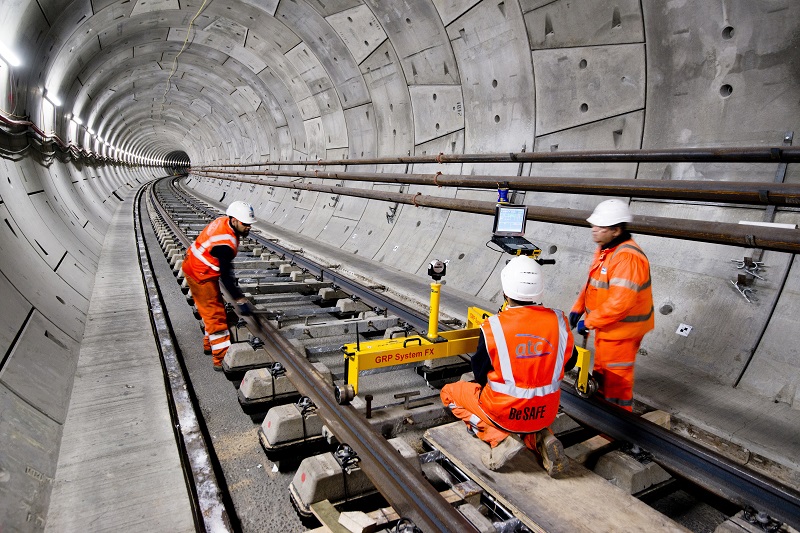 The government confirmed that an extra £590 million was being invested to ensure that Crossrail opens on schedule. The injection of funds is in addition to the previous budget of £14.8 billion. Of this, £300m is to be given directly to Crossrail, while the remaining £290m will be given to Network Rail for upgrades to the existing network.

A spokesperson for Crossrail said: “Construction is now in its final stages with a huge effort underway to complete and commission the new railway. A number of factors have meant that additional investment is needed by both Crossrail Limited and Network Rail during this final stage of the programme covering both the new build central section and upgrades to the existing railway.

“These cost increases are disappointing but additional funding is critical to the delivery of this vital project. Both Crossrail Limited and Network Rail remain focused on managing costs through to project completion.”

On 31 August 2018, it was announced that the scheduled opening of the Crossrail line across London in December will be delayed by up to a year. The news comes after a series of problems which had fuelled speculation that delays were inevitable.

TfL said more time was required 'to ensure a safe and reliable railway for customers from day one of passenger service.' The central section of the line, from Paddington to Abbey Wood, will now not open until autumn 2019.

Andrew Adonis, the former chair of the National Infrastructure Commission, said: “It’s clearly a further massive catastrophe for [Transport Secretary] Chris Grayling, who didn’t say a word in public about the scale of the crisis." He went on to predict that the full scale of the problems had yet to emerge, and that the opening could be delayed until 2020.

London Central Portfolio’s chief executive Naomi Heaton said: "The delay will, without doubt, add to the woes of many London home owners located outside the heart of the capital. In a market where prices have not grown in real terms over the last year and transactions have fallen, sellers banking on the Crossrail 'premium' may well be disappointed. A double whammy because its 'hope value' was probably built into the price they originally paid.”

In October 2018, the Department for Transport (DfT) provided TfL with a short-term loan of £350m to enable it to complete the delayed project. An independent review was commissioned of Crossrail's governance as well as a separate review of the project's finance and commercial position. The government confirmed that the cash injection was to 'ensure that full momentum is maintained behind Crossrail.'

In November 2018, the public sector watchdog, the National Audit Office (NAO), confirmed that it would be launching a probe into the Crossrail delays. The investigation into the £16bn project will begin in early 2019.

According to the NAO:

Meanwhile, Sadiq Khan published a letter sent to the NAO which suggested that Crossrail executives were either guilty of misleading him or failed to anticipate delays and further cost overruns. In the letter, Khan wrote that he believed the £300m sum given to Crossrail in July 2018 would ensure the Elizabeth line was opened in December 2018 as originally planned.

In December 2018, Construction Manager reported sources suggesting that the prject needed a further £1bn bailout and may not open until 2020. Ref http://www.constructionmanagermagazine.com/news/crossrail-could-be-delayed-beyond-2019/

In January 2019, Chief executive Mark Wild told the London Assembly Transport Committee the previous executive team had “been overwhelmed by the complexity of the task”, as it was reported that construction costs continued to mount, reaching £30m a week.

In March 2019, Crossrail chief executive Mark Wild told the Public Accounts Committee there was no opportunity to open the Crossrail in 2019, but that “we very very much want to get this done in 2020”. Ref http://www.constructionmanagermagazine.com/news/crossrail-wont-open-until-2020/

On 3 April 2019, a damining report by the Public Accounts Committee found that yet again, costs had escalated and delivery dates had turned out to be over-optimistic suggesting that until a revised schedule has been agreed, services may not start to run in 2020, and the additional £2.8 billion of funding provided may not be enough.

Chair of the report Meg Hillier said: “Wishful thinking is no basis for spending public money and there remain serious risks to delivering this programme, with a revised schedule and costings for completing the work still to be agreed.” Ref https://www.parliament.uk/business/committees/committees-a-z/commons-select/public-accounts-committee/news-parliament-2017/crossrail-progress-review-report-published-17-19/

On 26 April 2019 Crossrail published a new plan, suggesting that it would open by March 2021, although Bond Street Station remained without a completion date. This came days after a City Hall report criticised former chief executive Andrew Wolstenholme for questioning why part of his bonus was not paid, just months before it was announced the project would not open on time. Wolstenholme was subsequently replaced as chief executive by Mark Wild.

In November 2019, further delays were announced. Crossrail chief executive Mark Wild said: “Our latest assessment is that the opening of the central section will not occur in 2020, which was the first part of our previously declared opening window. The Elizabeth line will open as soon as practically possible in 2021. We will provide Londoners with further certainty about when the Elizabeth line will open early in 2020.”

In January 2020, it was reported that Crossrail might not open until the last quarter of 2021. Transport for London commissioner Mike Brown said: "The assumption we've made is, I suppose, at the pessimistic end, but it's at the pragmatic end and you would expect us to take that approach." Ref https://www.bbc.co.uk/news/business-51012591

In July 2020, Crossrail announced further delays, stating: "A programme of this scale and complexity was already challenging, the impact of Covid-19 has clearly made the existing pressures more acute... Due to a pause of physical activity on sites and significant constraints on ongoing work – time has been lost, only some of which can be recovered.” No revised programme was published.

In August 2020, Crossrail announced that a further £1.1bn could be required, taking the total cost to more than £19bn. https://www.crossrail.co.uk/news/articles/update-following-crossrail-board-august-2020

In November 2020, Sky News reported that London transport commissioner Andy Byford had written to Bernadette Kellyat the Department for Transport (DfT), asking for £80m to keep the project alive, and suggesting that without this, the project might have to be mothballed.

In December 2020, Transport secretary Grant Shapps confirmed that the government would loan Transport for London an extra £825m to fund the completion of Crossrail.

Retrieved from "https://www.designingbuildings.co.uk/wiki/Crossrail"
Create an article